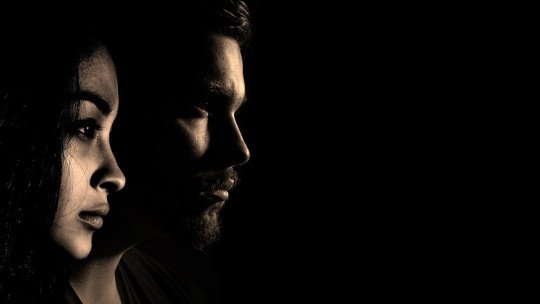 Assertiveness constitutes a style of communication linked to social skills. This term is very close to that of self-esteem; it is a skill closely linked to respect and affection for oneself and others.

In this article we will better understand the relationship between assertiveness and self-esteem by differentiating between 3 types of individuals: passive, aggressive and assertive.

The relationship between assertiveness and self-esteem

The lack of assertiveness is expressed by two extremes of the same pole, at one end are the passive people, those considered shy, ready to feel stepped on and not respected; at the other end are the aggressive people, who step on others and do not take into account the needs of the other.

The non-assertive person, whether withdrawn or aggressive, cannot have adequate self-esteem because they feel a strong need to be valued by others.

It is rare for a person to go to a psychologist’s office suffering from a problem of lack of assertiveness. Instead, they usually refer to problems of anxiety, shyness, guilt , frequent arguments, malfunctioning in the couple, conflicts at work or similar problems. Often an assessment by the professional highlights a deficit of social skills, expressed in non-assertive behaviours, either because the person is at the pole of passivity, of aggressiveness, or because it fluctuates between both extremes.

Types of people according to their relationship with assertiveness

We will now talk about the passive person, the aggressive person and the assertive person, but it is important to remember that no one is purely aggressive or passive, not even assertive. People have tendencies towards some of these behaviours , more or less accentuated, but there are no “pure types”. Therefore, we may exhibit some of these behaviours in certain situations that cause us difficulties, while in others we may react in a completely different way.

The passive person does not defend personal rights and interests. Respects others, but not himself .

It is characterized by a social behavior marked by a low voice volume, speech is not very fluent, and it can block or stutter. Rejects eye contact, looks down, body posture is tense, shows insecurity about what to do and/or what to say and often complains about others because she does not feel understood or is taken advantage of by others.

The thought pattern is of “sacrificed” people who try at all times to avoid disturbing or offending others, feel a deep need to be loved and appreciated by everyone and often feel misunderstood, manipulated or disregarded.

The emotions they often feel are helplessness, guilt, anxiety and frustration. They have a lot of mental energy but it is not externalized physically, they may feel anger but do not manifest it and sometimes they do not even recognize it to themselves. This pattern of behavior often leads to a loss of self-esteem and sometimes a loss of appreciation for other people (which they need and constantly seek).

Passive behaviours make other people feel guilty or superior because, depending on how the other is, one can have the constant feeling of being indebted to the passive person or one can feel superior to him or her and able to take advantage. Somatic problems are also common (gastritis, contractures, headaches, skin problems…) because the great psychic tension they suffer when they deny themselves ends up expressing itself in the body.

In some cases these people have excessive outbursts of aggressiveness , being at the other pole. These outbursts can be very uncontrolled and are the result of the accumulation of tensions and hostility that end up overflowing.

He defends his personal rights and interests too much , without taking into account those of others: sometimes he doesn’t really take them into account and sometimes he lacks the skills to face certain situations.

In his manifest behavior we observe a high tone of voice, sometimes the speech is not very fluent because it is rushed, he speaks in a sharp way, he interrupts, he can insult and/or threaten. He has a tendency to counterattack.

The eye contact is challenging , his face expresses tension and invades the personal space of the other with his body posture. On the level of thought, these individuals believe that if they don’t behave in this way they are excessively vulnerable, they put everything in terms of winning and losing and may harbour ideas of the type “there are bad and vile people who deserve to be punished” or “it’s horrible that things don’t turn out the way I’d like them to”.

They often feel increasing anxiety and their behavior leads to loneliness and misunderstanding. They may feel frustrated and guilty. Self-esteem is low, hence the constant belligerence (it is a defense). They feel very honest and transparent because they express what they feel, but in doing so from anger or impulsiveness they often hurt others.

The consequence of this type of behavior is that these people generally provoke rejection or flight from others. On the other hand, they enter into a vicious circle by forcing others to be increasingly hostile, so they reinforce this aggressiveness to defend themselves from the hostility they themselves have provoked.

The passive-aggressive style, a mixture of the two previous ones, is one in which the apparently passive person harbours a lot of resentment . As they do not have the skills to express this resentment in an adequate way, these people use subtle and indirect methods such as irony, sarcasm or hints, trying to make the other person feel bad but without exposing themselves in an evident way as those responsible.

Assertive people are those who know their own rights and defend them, respecting others, that is, they are not going to “win”, but to “reach an agreement” .

In their external behavior, the speech is fluent, they are confident, with direct eye contact but without challenging, the tone is relaxed, the posture is comfortable.

They express their feelings, both positive and negative, defending themselves without attacking, in an honest way , being able to talk about their tastes or interests, being able to disagree or ask for clarification, being able to recognize mistakes and without the need for the other to give them reason.

As for their thought pattern, they know and believe in some rights for themselves and others. This means that they do not allow themselves to be dominated by the irrational beliefs of other styles of communication, such as the idea that “I must be accepted and loved by everyone” or “it’s horrible that things don’t work out the way I want them to.

Their self-esteem is healthy, they feel they are in control of their emotions , they do not feel inferior or superior to others, they have satisfactory relationships with others and respect themselves.

This way of feeling and expressing themselves, of respecting themselves and others, means that they know how to defend themselves from the attacks of others, without using that same hostility. They can resolve misunderstandings and other similar situations and the people they deal with feel respected and valued, so these people are often considered “good people” but not “fools”.

Assertiveness is a social skill and as such it can be trained, nobody is born assertive and nobody is condemned to be a “clumsy” or unskilled person all his life , always reacting with hostility or inhibition. Like any skill, the person who wants to develop an assertive style requires practice in order to improve.