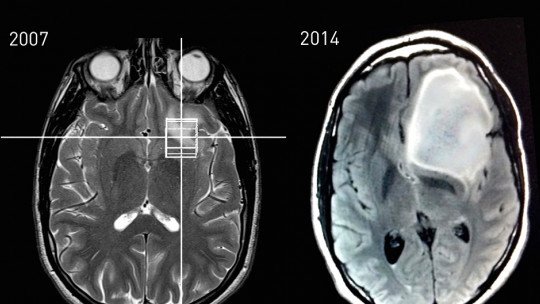 “You have a tumor.” This is probably one of the phrases we are most afraid of hearing when we go to the doctor for a check-up or get tested for a problem we don’t know the cause of. The fact is that cancer is one of the most feared diseases worldwide, being one of the best known and main causes of death worldwide and one of the main challenges of medicine together with AIDS and dementia.

Of the multiple locations in which it can appear, the brain is one of the most dangerous, since even a benign non-cancerous tumour can cause serious effects and even death. Among the different types of existing brain tumours, one of the most common is astrocytoma , which we will discuss in this article.

Astrocytomas are tumors whose symptoms can vary greatly depending on the location or locations in which they appear, whether they compress other brain areas, their ability to proliferate, or whether they infiltrate other tissues or are self-limiting. However, at a general level it is common to find the existence of headaches, nausea and vomiting, sonolence and fatigue, altered consciousness and confusion. It is also relatively frequent that personality and behavioural alterations appear. Fever and dizziness are also common, as well as weight changes without reason, problems of perception and language and loss of sensitivity and mobility, and even convulsions. It is also possible, especially when they occur in children, that malformations are generated and that both intracranial and extracranial craniofacial anatomy is altered .

This type of tumour can occur, as with other tumours, in a limited way to a specific region or structure or in a diffuse way, the first one having a much better prognosis than the second one. They usually do not produce metastases to other areas of the body beyond the nervous system, although they do spread within the nervous system.

The diagnosis of these tumors is complex, requiring various procedures. In the first place it is necessary to perform a biopsy of the tumour , which will allow us to take a sample of the brain tumour, being currently performed by stereotaxy. Subsequently, it will be necessary to perform a phenotypic and histological analysis to check the type of tissue we are talking about, as well as its behaviour. Finally, it will be necessary to evaluate the proliferative capacity, in order to determine the degree and capacity of infiltration.

As with all other brain tumors, the causes of astrocytomas are mostly unknown. However, some hereditary disorders can facilitate their appearance, such as neurofibromatosis. Infection with the Epstein-Barr virus or prior application of radiation therapy due to another tumour also appear to be risk factors for developing them.

The term astrocytoma, as we have already mentioned, groups together all tumours or neuplasias which are mainly made up of astrocytes. But within astrocytomas we can find different classifications and divisions , depending on, among other criteria, their degree of malignancy and proliferation. In this sense, we can observe the existence of four degrees of severity

All those tumors whose main characteristic is their benignity are considered grade one astrocytomas. They can cause serious problems and even be fatal or disabling depending on whether they grow and cause parts of the brain to be crushed against the skull. These are rare tumours, predominantly in children, which have the advantage of having a very high degree of survival and being relatively easy to treat. In many cases surgical resection is sufficient. An example of tumours of this grade is found in pilocytic astrocytoma.

Grade three astrocytomas are a type of malignant tumour which has a high capacity for proliferation and infiltration into other structures. The best known is anaplastic astrocytoma. It is often the evolution of one of the previous tumors and even evolves into a grade four tumor.

Astrocytomas are considered grade four when they are more invasive, aggressive, and infiltrating, rapidly spreading to other areas of the brain. The most typical and well-known astrocytoma with this degree of malignancy is glioblastoma multiforme, which is in fact the most common type of brain neoplasm. The prognosis is usually fatal and life expectancy is greatly reduced.

The two most frequent

The following are some of the more common characteristics of some of the two most common and well-known types of astrocytoma.

The most common of all astrocytomas and one of the most common brain tumors (about one-quarter of diagnosed brain tumors are glioblastomas) is also the most aggressive and has the worst prognosis. It is a tumor in which the cells are poorly differentiated, which reproduces at great speed and proliferates at a vascular level generating death and degeneration of other structures by necrosis . Life expectancy does not usually exceed one year and three months. It may be primary, appearing by itself, but generally it is an evolution of some of the tumours with a lower degree of malignancy.

The second of the better known and malignant types, we are in front of a grade III astrocytoma that tends to infiltrate the tissue around it without finishing destroying it, appearing a thickening of these. It usually generates edema around the affected area, although it does not usually generate necrosis. Survival is higher than in glioblastoma, although only about 20% survive more than five years. It has been discussed whether there is a hereditary genetic predisposition in some subjects because some hereditary syndromes predispose to its appearance.

The treatment of a brain tumour such as astrocytomas is something that must be carefully planned, bearing in mind that we are dealing with an intervention that can generate alterations in different brain regions beyond the one directly affected by the tumour. However, even if secondary alterations occur, the priority must be integrity

Surgery to resect the tumor is one of the main treatment modalities for astrocytomas. It is the initial treatment to be applied in almost all things and after which other therapies will be applied to remove the remains of the tumor or prevent its expansion. However, sometimes complete resection will not be possible , as occurs in cases where the tumour is located in the brain stem (given that its resection could cause the death of the subject by controlling this area’s vital functions).

This resection is performed in both low-grade and high-grade tumors, although in the latter, recurrences and infiltrations in other brain areas are frequent. This is because even in these cases the resection can improve the mental capacities of the patient that were diminished by the pressure of the tumor. Once the maximum amount of the tumour has been removed, radiotherapy and chemotherapy are usually used to combat the remaining cancer cells .

In the case of radiotherapy, we are dealing with the application of high doses of radiation on cancerous tissues in order to destroy cells and reduce or completely eliminate tumours, and it has been very effective in tumours with a high degree of malignancy. It is necessary to take into account the need to focus the radiation only on the cancerous area, since if it is used in a generalized way it would destroy a great amount of healthy cells.

Chemotherapy is the application of powerful chemicals and drugs used to fight the tumor, usually by inhibiting the proliferation of the tumor by applying substances that prevent cell division and DNA repair . Among these substances we can find temozolomide, ifosfamide, etoposide, carboplatin or lomustine.

On a psychological level, intervention is also recommended, especially when symptoms and alterations of anxiety and mood are present. Psychoeducation is fundamental, especially in those cases where the only possible treatment is only palliative and/or in the terminal phase. It is also essential to have a safe and reliable space in which to solve doubts and express feelings and fears without fear of being judged, which is common in this type of illness. Likewise, there are therapies such as adjuvant psychological therapy, creative innovation therapy or visualization therapy that can be applied in order to help the subject have a greater perception of control over his or her illness.