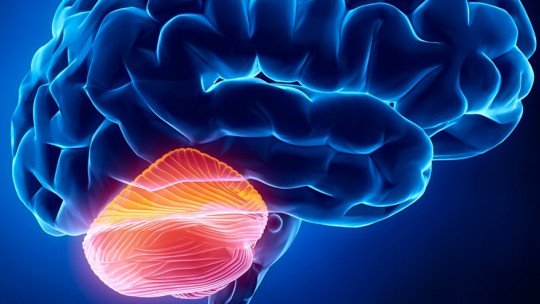 Ataxia is a Greek term meaning “disorder”. We refer to ataxia as a clinical sign characterized by the lack of coordination of movement: lack of stability in walking; clumsiness or weakness in the upper and lower limbs, body or eye movements, etc. as a consequence of an affectation of the Central Nervous System (CNS).

Broadly speaking,
ataxia is usually secondary to involvement of the cerebellum or its afferent or efferent nerve tracts, although other brain structures may cause this symptomatology. In this article we will review the characteristics of this phenomenon.

Although the main features of ataxia are the uncoordinated limb and saccadic eye movements, other types of symptoms may occur. All symptoms of ataxia, however, have to do with the ability to move parts of the body.These signs that ataxia is affecting normal body functions are described below.

Like we said, at the clinic,
Ataxia is usually presented as a sign that can manifest itself in different acquired pathologies – that is: cerebral infarctions, tumours, cranio-encephalic trauma, etc. – although it can also present itself as an isolated disease in its hereditary forms. We could classify ataxia using different criteria, although in this review
we will explain the main types of ataxia depending on whether the pathology has been acquired or is hereditary . Another possible way of classification would be according to the regions of the Central Nervous System that present lesions or anomalies likely to produce ataxia.

The fact that an ataxia is acquired implies that it occurs as a consequence of a main pathology suffered by the patient. Thus, cerebral infarctions, cerebral anoxia – lack of oxygen in the brain -, cerebral tumors, traumatisms, demyelinating disease – multiple sclerosis -, are common causes of ataxia.

Among other less common causes we could find congenital anomalies, infections, other autoimmune diseases, Human Immunodeficiency Virus, Creutzfeldt-Jakob disease, etc. In general terms,
for ataxia to occur, these conditions must cause damage to the cerebellum or related structures such as the spinal cord , thalamus or dorsal root ganglia. A very common cause of ataxia is cerebellar hemorrhage.

Anamnesis, case study and proper selection of diagnostic tests are necessary to find the correct etiology. The treatment will be focused on the intervention of the acquired pathology and the prognosis will depend on the severity of the injuries.

Unlike acquired ataxias, these types of ataxias are usually of early onset, during childhood or in their 20s and 30s. The fact that the disease is recessive means that we must have inherited two equal copies of the “defective” gene from our parents.

This implies that many people are simply carriers of the disease even if it does not manifest itself, since one “healthy” gene is enough to avoid developing it. In this group we find some of the most common types of ataxia such as Friederich’s Ataxia or Ataxia-Telangiectasia.

It’s the most common type of hereditary ataxia. Its prevalence in developed countries is estimated at 1 person per 50,000 cases. Its onset is usually in childhood, with gait problems, clumsiness, sensory neuropathy, and eye movement abnormalities. Other less frequent consequences may be deformities in the skeleton and hypertrophic cardiomyopathy.

As the disease progresses, the
Dysarthria -alteration in the articulation of words-, dysphagia -difficulty in swallowing-, weakness in the lower extremities, etc. are more apparent. It is estimated that between 9 and 15 years after the onset of symptoms the person loses the ability to walk.

Currently there is no cure and the treatments administered are usually symptomatic . The risk due to dysphagia, cardiomyopathy, etc., means that patients must be followed up regularly. Various clinical trials are underway to observe the potential of various drugs such as, among others, interferon-gamma.

With an estimated prevalence of 1 case out of 20,000-100,000 cases, ataxia-telanigectasia (AT) is the most common cause of recessive ataxia in patients under 5 years of age. As the disease develops we can find hypotonia -decreasing muscle tone-, polyneuropathy -affection of the peripheral nervous system-, oculomotor apraxia -problems in changing the gaze towards a stimulus that should be fixed-, etc. AT patients often have immunodeficiencies that cause recurrent lung infections.

In the neuroimaging study, atrophy of the cerebellum can be observed, unlike Friederich’s ataxia . As in the previous case, the treatment is directed at the symptoms and there is no cure.

The dominant hereditary ataxias
occur in every generation of a family with a 50% risk of receiving the disease from one parent . In this case, just one copy of the affected gene is enough to develop the disease. Depending on the course of the disease, they can be divided into episodic or progressive. There are different genetic tests for the diagnosis of these pathologies. As in the previous cases, there are no cures either.

Ataxia and Apraxia: Not the Same

From a neuropsychological point of view,
the major differential diagnosis to be made is to distinguish ataxia from apraxia . Although they may lead to similar cognitive deficits, especially in the acquired forms, they are significantly different from a clinical point of view. Apraxia is defined as an alteration in the execution of certain learned movements in response to an order and outside the context that is not attributable to sensory or motor impairment, lack of coordination or attentional deficits.

Ataxia, on the other hand, is a motor coordination deficit as such. Even if a patient cannot perform the required action on command, it will be due to motor disability. In apraxia the problem arises because the “verbal input” – i.e. the command – cannot be associated with the motor response or “motor output”.

On the other hand , in the apraxia we should not find other problems such as instability of gait , problems in swallowing, etc. Therefore, in these cases, neurological evaluation will be obligatory if we observe signs incompatible with the apraxia. However, it should also be taken into account that both clinical manifestations may occur concomitantly.

The incidence of ataxia at the national level

With the prevalences that we have cited in the case of ataxia in its hereditary form, we can consider these diseases as rare – being in Europe a rare disease that occurs one case every 2000 people.
When diseases are qualified as rare it is generally more difficult to advance in their research to find effective treatments.

Furthermore, as we have seen, the hereditary forms of the disease will mainly affect children and young people. This has led to the emergence of various non-profit associations that promote the treatment, dissemination and improvement of the quality of life of these patients. Among them are the Catalan Association of Hereditary Ataxias, the Seville Association of Ataxias and the Madrid Association of Ataxias.

Ataxia, though not prevalent in its hereditary manifestation,
is a disorder that affects the activities of daily living and independence in the lives of many people , especially in the young population. In addition, pharmaceutical and business priorities mean that research in this field advances slowly, which is why treatment proposals focus on palliative care.

That is why its existence must be disclosed and its affectations made known. Each step, however small, can represent improvements in the quality of life of these patients, with the relief for the health system that this implies. The study and development in early detection and automation of treatment systems will be beneficial for patients, families, caregivers and health professionals. When we make progress in these fields, everyone wins, and for this reason we must raise awareness and support these social causes.