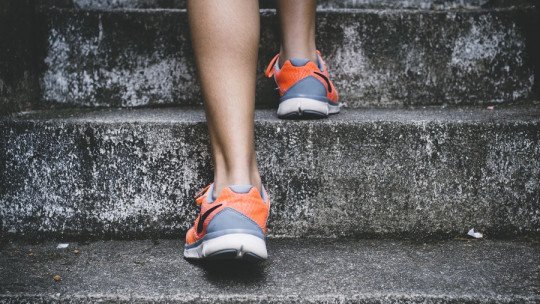 When psychologists have tried to study human motivations, they have found different elements to take into account in order to understand them. Atkinson, in 1964, proposed the theory of expectation-value, based on cognitive elements .

As we will see later, this theory understands that the intention to perform a behavior is determined by the person’s expectations to achieve an incentive (or goal) and by the value placed on that incentive.

Many are the theories that have tried to explain human motivations. Within them, and following a cognitive point of view (which introduces cognitive elements when analyzing behavior), we find the models of expectation-value.

These models consider the human being as an active and rational decision maker . Furthermore, they suggest that both the behaviour that the person chooses when acting, as well as his or her persistence and own achievement, are linked to his or her expectations and to the value he or she assigns to the goals or tasks.

The theory of expectation-value was proposed by Atkinson (1957, 1964). It suggests that the intention to perform an action is determined by the expectations of achieving an incentive and by the value given to that incentive . Atkinson relates these concepts to the need for achievement.

Thus, the theory combines the constructs of necessity, expectation and value. It proposes that the manifestation of a behavior is the result of a multiplication between three components: the motive (or need for achievement), the probability of success, and the incentive value of the task.

More specifically, Atkinson suggests that the tendency to engage in success-oriented behavior is a function of the individual’s motivation to succeed, his expectation of success, and inversely proportional to the likelihood of success.

Components of the theory

As we have seen, there are three essential components in the expectation-value theory. Let’s see what each of them consists of:

Motives are relatively stable dispositions or features of the subject, which make him/her strive to successfully solve a task and feel proud of it or to avoid failure (and the consequences derived from it).

A person’s tendency towards one or the other motive will determine how he or she engages in achievement tasks.

Expectations of success reflect the probability that a person perceives of reaching a goal or succeeding in a task , by performing a certain behaviour.

The value of the incentive of a certain task is the affective (and positive) reaction of the subject to successfully solve the task (pride). The more difficult a task is, the less value the incentive will have for the person.

To illustrate Atkinson’s theory of expectation-value, let’s take a practical example. Let’s think of a person who goes to the gym to lose weight . The strength of the expectation will be the possibility of losing weight that the person considers when carrying out such an action (going to the gym).

The value of the incentive will be the judgement on the consequence of the action, i.e. the value the person places on the fact of losing weight (e.g. an aesthetic value, a wellness reaction with their own body, etc.)

The more positive this value is and the more likely the person is to lose weight, the more expectations he or she will have, and the cognitive process of this person will increase the motivation to go to the gym .

Atkinson’s model was extended by Atkinson and Feather in 1966 . This new model includes both the tendency to achieve, called hope for success, and a negative motive, called fear of failure.

In addition, they incorporate two basic affective states that are at the base of the motivation process: the satisfaction or pride that accompanies success and the shame that comes with failing in a goal .

As a result of Atkinson’s theory, new theories and models of expectation-value have been generated. These have been based on the works of the authors, although with certain differences at the conceptual level and in the causal relationships between variables .

The new models are made up of more elaborated components of expectation and value with a greater number of determinants (psychological and socio-cultural).