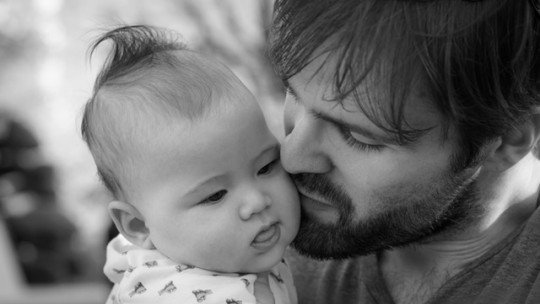 The
attachment theory is a theory that was born a century ago, specifically in 1907, to explain the individual differences (also called attachment styles ) in how people think, feel and behave in interpersonal relationships.

The concept of “attachment”
refers to the emotional ties that people form with other people throughout their lives , first with their parents, and then with their friends, their partner, their colleagues and their children.

There are different views on this theory, but the best known is that of John Bowlby, considered the father of the attachment theory. He thought that
attachment begins in childhood and continues throughout life , and affirmed that there are systems of behavioral control that are innate and necessary for the survival and procreation of human beings.

Attachment and exploration systems are central to her theory, because from a very young age children have an innate behavior that makes them want to explore new things, but when they feel in danger or afraid, their first reaction is to seek the protection and safety of their primary caregiver.

The “strange situation” and types of attachment according to Mary Ainsworth

Bowlby laid the foundation for the theory, but another important figure in the study of attachment is Mary Ainsworth, one of the most renowned psychologists for her contribution to the theory. Ainsworth also thought that there were control systems, but she went a little further and proposed her concept of the “strange situation”, with which she added three styles of behaviour to the theory of attachment:
Secure , Insecure-Evitational and Insecure-Ambivalent . Later other authors identified other types of attachment, such as anxious attachment or disorganized attachment.

The strange situation refers to the laboratory process in which the child is studied in interaction with his mother and a strange adult, i.e. in a situation with someone who is not familiar. The results of Ainsworth’s longitudinal study led him to conclude that

The four types of attachment according to Hazan and Shaver

They are adults who
present a more positive view of themselves and their interpersonal relationships . They are not worried about intimacy or independence, because they feel safe.

These are people who
are usually constantly seeking approval from others and the continuous response of the partner . Therefore, they are dependent, distrustful individuals and have a not very positive view of themselves and their interpersonal relationships. They have high levels of emotional expression and impulsiveness.

These are individuals who
often isolate themselves because they are not comfortable in intimacy with other people , so they are very independent. They see themselves as self-sufficient and without the need for close relationships. They tend to suppress their feelings.

Adults with distrustful attachments
are characterized because they have contradictory feelings in their interpersonal relationships . That is, they may feel both desirable and uncomfortable with emotional intimacy. They tend to see themselves as having little value and distrust others. Like the previous ones, they seek less intimacy and tend to suppress their emotions.

It is clear that, as much research has shown,
the attitude of the parents towards their children will be decisive for the correct development of their child . Therefore, parents must be careful when dealing with their children and must have patience so that they grow up healthy and with a strong personality to face the situations that may arise in the future.

In short, it’s important for parents to try: