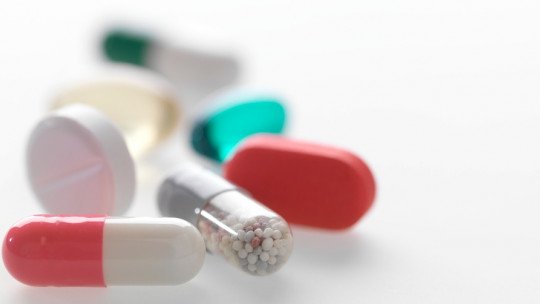 Traditionally the distinction between typical antipsychotics and atypical or second generation antipsychotics such as quetiapine, olanzapine and risperidone has been used; however, at present the usefulness of this dichotomy is widely questioned in the scientific community at large.

In this article we will analyze the characteristics and main uses of atypical antipsychotics . We will particularly emphasize the distinction between these drugs and typical neuroleptics.

What are atypical antipsychotics?

Atypical antipsychotics are a type of psychoactive drug used to treat various mental disorders , particularly schizophrenia and other similar problems, for which they were designed. Its main effects have to do with depression of the central nervous system, and therefore with sedation.

The term “atypical” is used to differentiate this class of antipsychotics from the classics, now known as “typical”. However, the distinction between the two categories of drugs is blurred, and there is debate about their appropriateness and usefulness; this is what the following section is devoted to.

Antipsychotic medications reduce the symptoms of psychosis and other disorders by inhibiting dopaminergic activity in the brain pathways . Some atypical antipsychotics also interact with serotonin and noradrenaline receptors, neurotransmitters that are part of the pharmacological class of amines, such as dopamine.

Among the most common side effects and adverse reactions of atypical antipsychotics are neuroleptic malignant syndrome (characterized by muscle stiffness, fever, confusion and cardiac disturbances that can lead to death), tardive dyskinesia (involuntary movements of the face) or increased risk of diabetes.

When modern antipsychotics such as clozapine, olanzapine, risperidone, quetiapine or aripiprazole emerged, these drugs were promoted as safer than the neuroleptic drugs that already existed. In particular, the lower risk of suffering from extrapyramidal symptoms such as parkinsonism, tardive dyskinesia and akathisia was highlighted.

However, recent research suggests that there are no particularly significant differences between typical and atypical antipsychotics in the severity of side effects, nor are there any differences in the degree of efficacy or in the mechanism of action. In this regard it has been proposed that it is more useful to distinguish between individual drugs.

In any case, it does seem that typical antipsychotics cause parkinsonian-type symptoms more frequently, while the atypical ones are more associated with weight gain and consequently with the risk of developing insulin-dependent or type 2 diabetes mellitus.

What are these drugs used for?

Atypical antipsychotics are mostly used to treat schizophrenia and bipolar disorder, two of the mental disorders most associated with psychotic symptoms. They are also occasionally prescribed in cases of autism, dementia, generalised anxiety disorder or obsessive-compulsive disorder, but they are not drugs of first choice.

In any case, in many cases of schizophrenia and other spectrum disorders, it is necessary to administer these types of drugs to avoid severe symptoms. Even so, the effectiveness rate of antipsychotics is not complete, as 20% of patients do not respond adequately and 30-40% only partially.

In its classic form, bipolar disorder is characterized by alternating periods of very low and pathologically high moods; in other words, episodes of depression and mania occur. Atypical antipsychotics are sometimes used to control the symptoms of manic and mixed episodes .

In these cases, medications such as olanzapine and quetiapine are used as an adjuvant therapy to the drugs of choice: mood stabilizers, including lithium and valproic acid or valproate. Atypical antipsychotics are only recommended if the symptoms are severe and the main treatment is insufficient.

Antipsychotics are prescribed in some cases of dementia if there are significant psychotic symptoms (such as delusions) and especially if there is severe psychomotor agitation; these types of disorders facilitate the appearance of aggressive or interfering behaviour and can be truly problematic for both the caregivers and the person.

It is important to mention that an increased risk of heart problems, strokes and mortality in general has been detected in elderly patients with dementia treated with antipsychotics, particularly the typical ones. Quetiapine, which is included in the group of atypicals, appears to be safer than other neuroleptics.

Atypical antipsychotics such as risperidone and aripiprazole have been approved in some countries as treatments for certain symptoms characteristic of autism spectrum disorders : agitation, irritability, aggressiveness, repetitive behaviour, sleep problems… In these cases, psychostimulants and antidepressants are also prescribed.