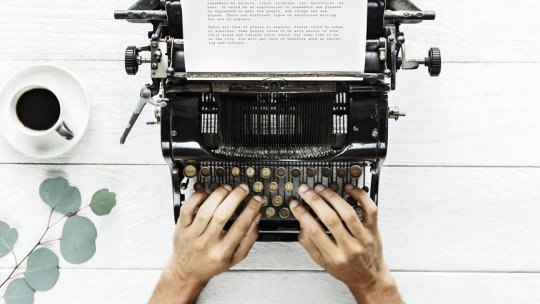 You may have read or looked at an author’s autobiography, or been asked to write a short autobiography as a class assignment or as a presentation to a group.

In either case, and independently of its purpose, we will have before us a writing that summarizes the main events experienced throughout the life of the protagonist, prepared by himself.

However, especially when we are asked to do it, sometimes it can be confusing or we may not know exactly what to include. That’s why in this article we’ll look at a small, summarized example of an autobiography .

An example of an autobiography

Below is a brief example of an autobiography based on a fictional character. Specifically, we will imagine that it is written by a thirty year old man named Peter (although this last detail is indifferent), and during its development we will divide it into different sections depending on the vital moment to which they refer .

“My arrival in the world and first years”

This part of the autobiography presents the basic facts of the writer’s birth, and what happened during his early childhood. The family and social context in which socialization began is presented.

I was born thirty years ago today, on a hot October 3, 1988, in the maternity ward of a hospital located in the city of Murcia. Although the third and youngest of my brothers, my birth was also highly desired by my parents. The first two years of my life were very happy, surrounded by my family and beginning to discover the world around me. However, during the second year my parents received a job offer in Madrid, and we all moved to a flat near Puerta del Sol.

In this phase of the autobiography, we continue to explain what happened during childhood, in this case linked to the entry into contact with the world of formal education.

When I was three years old I went to school in a local school, a period I remember as being happy and innocent. My grades at that time were relatively high, and learning to read and write meant the birth of what would become a great hobby: reading. Mathematics, however, was a subject I never excelled at.

I also remember the afternoons playing in the park with some friends from school, as well as the holidays in different villages in the area or revisiting my native Murcia.

Adolescence introduces a qualitative change in any autobiography, since here the themes linked to adulthood and the entry into contact with more abstract thought are introduced for the first time.

Adolescence was for me complicated. Since I am extremely reserved in spite of being sociable, at that time it was difficult for me to make stable friendships, having a few friends that I still have today. I also had some self-esteem problems with my body image, something that made me start practicing sports with great intensity (something that would end up becoming a hobby). I would also start fooling around with theatre, poetry and literature, writing and performing, although only as a hobby. That stage was also very exciting, discovering the first loves and starting to travel through different countries in Europe.

Another aspect that was particularly difficult for me at that time was deciding my professional future. Multiple options crossed my mind, such as devoting myself to theoretical physics (a subject I always liked), as well as options such as computer science or biology. However, I would end up deciding to study medicine. Before that, I had to take the PAU or Selectividad exams, which I passed with success and with enough marks to enter that career.

Adulthood is the stage of the consolidation of personality , the development of personal hobbies and concerns, and in many cases the achievement of economic stability.

I got a place at the University of Barcelona, where in my first year I would meet a large number of people from different backgrounds and origins and from whom I could learn a lot. Unfortunately, I would only keep in touch with half a dozen of them, who would become close friends. After several years of career and after taking the entrance exam to the MIR, I managed to get in as a resident at the Hospital Clínico. It was a hard stage, with constant guards and facing complex situations and medical emergencies that, in addition to learning on a professional level, made me appreciate more and more the importance of living in the moment.

During the residency I also found the love of my life, a psychiatric resident with artistic tastes and a strong mentality despite showing a fragile side that awakened in me a strong protective instinct. Initially, we remained as professional colleagues, but little by little we became friends. In 2010 I finished my residency, having specialized in immunology, during the celebration party I finally asked her to go out with me. She accepted.

In many autobiographies, the stage closest to the time when it is written is described in greater detail and dedication than the rest. This is why there is usually more freedom in this part of the text, since the topics to be dealt with and the approach to be used vary greatly .

That same year, surprisingly, he would enter the hospital after getting the position left by a retirement. I was also hired by a private company. Despite the fact that I hardly had any time for myself beyond the holidays (which I took advantage of to travel around Europe), I hardly had any free time. Fortunately, I was also getting a client base. My relationship deteriorated and we were even close to breaking up, but it survived.

During 2014 a meeting of students from my class was held at the university, meeting again with my classmates and the idea of creating a medical and psychiatric clinic between all of them. We would finish planning and defining it that same year, creating a Limited Society. Although we initially started with losses, surprisingly by mid-2015 we recovered the initial investment.

In 2016, after years of relationship with the one who is still my partner today, I decided to ask her to marry me. The process was long and planned for months, managing first to coincide our vacation that summer to go to Paris together, during the same weekend that in 2012 she agreed to go out with me. There, at midnight on the top floor of the Eiffel Tower, I knelt down, took out a ring I had bought months earlier and asked her to marry me. And she said yes.

And although two years have already passed like this, we arrive today, October 3, 2018, at a time in my life when my professional career has yet to continue for many more years and I have managed, together with my partners, to open a clinic with relative success, while facing what will undoubtedly be my greatest project: my next fatherhood.