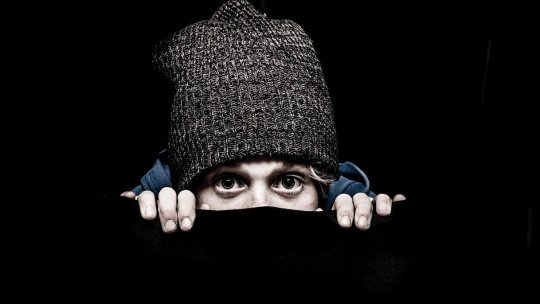 What is known as Avoidance Personality Disorder is a type of personality disorder characterized by avoidance of social relationships taken to an extreme. To summarize it in a very superficial way, it is a disorder in which the shyness produced by the fear of giving a bad image to others leads the person to isolate himself and avoid interacting with others.

Below we will look at the symptoms, causes and treatments used to improve the well-being of people diagnosed with this disorder.

What is Avoidance Personality Disorder?

Also known as Anxious Personality Disorder, or simply as avoidance disorder, this disorder has as a fundamental characteristic strong social inhibition. This means that people with this pattern of behavior always try to keep a very discreet profile, not to draw attention to themselves and whenever possible to stay away from others.

The main symptoms of Avoidance Personality Disorder are the following. In any case, it must be clear that the diagnosis of this disorder (and that of the rest of psychological disorders) can only be made by a mental health professional, examining each case on a case-by-case basis.

People with this disorder are confined to their homes or rooms for much longer periods than normal, and avoid interacting with other people as much as possible.

Signs of anxiety , such as increased heart rate, tremors, and speech difficulties (which contribute to speech avoidance), are common when people are around, especially if they are unfamiliar. As a result, their social skills are poor.

Negative evaluations of others directed towards oneself have devastating effects on people with Avoidance Personality Disorder, making them feel humiliated and rejected with great ease.

Another characteristic of these people is that they have very little confidence in their abilities , and in their beliefs there is a clear feeling of inferiority.

These people tend to fantasize often about how they would like their lives to be .

The fear of giving a bad public image makes people tend to distrust others when they expect their own inferiority to be revealed and others try to take advantage of the situation .

Avoidance disorder is associated with a state of continuous alert , by which the environment is examined for potential threats.

This kind of experience has been associated with unpleasant , distressing or painful experiences, so they try not to repeat them.

Most often, Avoidance Personality Disorder occurs in people with agoraphobia; about 15% of patients diagnosed with the latter also have the former. As for people with social phobia , about 30% of them also present avoidance disorder.

These diagnostic categories belong to the anxiety disorders, whose basic difference with Avoidance Personality Disorder is that in the latter the person focuses much of his fear and concern on the reactions of others instead of basically directing them towards himself.

However, the relationship between avoidance disorder and social phobia is still widely debated, and in many cases it is difficult to distinguish between them, although some studies attribute a somewhat lower level of anxiety to social phobia.

Like any mental disorder with complex characteristics, the root of Avoidance Personality Disorder is thought to be multi-causal, and therefore it is unrealistic to attribute a single mechanism of onset to it. However, in the absence of further research, it is considered that the early experiences of isolation and lack of affective ties during childhood and adolescence play a very important role.

Having learned that rejection is the normal experience that comes “by default”, the person assimilates the idea that rejection by others is inevitable and will appear in every social interaction.

Psychological treatments for Avoidance Personality Disorder are based on cognitive behavioral therapy. This form of intervention allows to modify the beliefs on which low self-esteem is based, and at the same time offers a context in which to learn new habits for socializing by making anxiety and fear go away.

Similarly, a training in social skills also has beneficial effects and improves the chances of the person learning the skills needed to find a job and gain autonomy.

As for the use of psychotropic drugs , these are only used when it is essential and to treat symptoms linked to anxiety and associated symptoms.