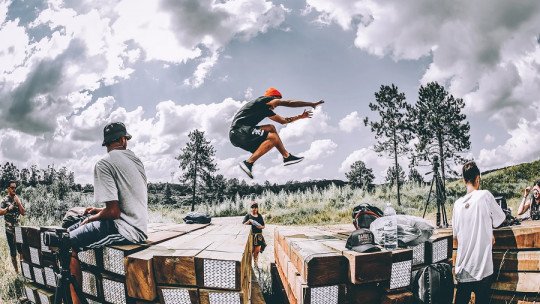 Cognitive biases are “traps” of the mind that make us deviate from “objective” reality and lead us to errors, when deciding on certain situations or proposing effective solutions to problems.

One of these biases is the normality bias , which makes us play down the importance of emergency situations and their possible effects. In this article we’ll look at exactly what this bias is, what its consequences are, why it occurs and how we can combat it.

Bias towards normality: what is it?

Normality bias is a cognitive bias that makes us believe, irrationally, that nothing bad will ever happen to us because it never has . That is, that everything will always be “normal” and nothing will break with that normality. This bias is activated in emergency or disaster situations, as we will see below.

Basically, people with the bias of normality manifest difficulties (or even the inability) to react to situations they have never experienced before (which are often traumatic, dangerous or emergency). This occurs because they underestimate the possibility of such a disaster occurring, and once it does, they underestimate its possible effects.

In other words, it would be that tendency to believe that everything will work as it normally does, that is, with everyday normality, without contingencies. It is estimated that about 70% of people are biased towards normality in emergency or disaster situations.

As an interesting fact, we can say that the bias opposite to the bias of normality is the so-called inclination to negativity, which would be precisely that tendency to believe and think that bad things will happen to us .

It would also be to focus much more on the bad things than the good, tending to be negative or pessimistic at all times. So, this bias is not adaptive either, because it makes us pessimistic people focused on thinking that all bad things will come.

What will happen when we encounter one of them and manifest the bias of normality? That we will probably find it hard to believe that this is really an emergency, and the situation will not seem “real” to us. Our brain will have activated this bias, through which it will analyze the new and stressful situation as if it were not really , and as if it were something normal.

Thus, this bias can be counterproductive in emergency situations, because if in such a situation, our mind makes us believe that the emergency is not real (or that there is “no big deal”), we will not put in place the necessary resources to deal with this situation, we will not be able to help and we will also be in danger.

In this sense, then, the bias of normality is not very adaptive that we say, nor effective for survival.

Thus, in emergency situations (for example a fire, a call for help from someone, a robbery…), if our mind activates the bias of normality, we will underestimate that situation, believing that it is not so serious, that it is not real or that it will not lead to harmful effects.

Furthermore, the bias of normality prevents us from preparing ourselves (both physically and mentally) for the possibility of a catastrophe .

Another of the consequences of the bias of normality, as we mentioned, is the inability to face the situation in an adaptive way, which makes us not put in place the necessary resources to face it; that we do not mobilize, do not ask for help, do not assist, etc.

Through this bias, our mind, unconsciously, is sending us the following message: “if a disaster has never happened here before, it doesn’t have to happen now” .

On the other hand, people with this bias, when faced with a new and/or dangerous situation, interpret the warning signs that indicate such danger, in a totally optimistic way, downplaying them and, furthermore, taking advantage of any ambiguity in the context to understand that the situation “is not as serious as it seems”.

This is a mistake and can put us in danger; let us remember that biases often lead to an inadequate, ineffective or irrational processing of information , and that they end up causing us to make deviant, erroneous or dysfunctional judgements or beliefs. This is what also happens with the bias of normality.

When no bias appears

What happens when we do not manifest the bias of normality in emergency situations? Many things can happen, as each person reacts differently.

Some people move more easily in emergency situations; others get stuck and have difficulty deciding what to do more or less quickly (which does not mean that they manifest the bias of normality). And so on and so forth, since in the face of unforeseen situations, it is not easy to anticipate how each person will act.

An American journalist, Amanda Ripley, studied people’s responses to emergency or disaster situations , and found the following: according to her, there are three phases of response when we react to a disaster: the first phase is denial (denying that it is happening; we could even frame here, the bias of normality), the second is deliberation (thinking: what do I do now? how do I act?), and the third is the decisive moment (to act or not to act).

Each person advances differently through these three phases; there are people who stay in the first, others in the second, and finally some in the third (where we move into action, into mobilization).

A hypothesis has been proposed to explain the origin of the normality bias . This hypothesis mentions the way in which the brain processes new information; according to it, stress would decrease the probability of adequately processing the information.

It is also interesting to know that even when the brain is calm, it takes between 8 and 10 seconds to process the new information.

Thus, trying to explain it in a quite synthesized way, in the bias of normality, the brain would have difficulties to find an “acceptable” answer to what is happening , and therefore it would end up developing just the opposite idea, which is that “nothing relevant happens” or “nothing worrying”.

How to combat the bias of normality?

Surely the best way to combat this bias is to make ourselves aware that it can happen to us, but also that we can avoid it, if we are aware of that possibility. Thinking rationally and realistically, although it is not always easy, can help us .

On the other hand, different responses, which are structured in four phases or stages, have been proposed to combat the bias of normality (referred to on a large scale). These consist of:

At this early stage, it is recognized that there is a possibility of disaster. Plans are drawn up to deal with them in the event of a disaster .

It is reported that a disaster is happening (unambiguously), so that people are aware of the seriousness of the situation and can start to mobilize .

An attempt is made to re-establish the balance that has been broken as a result of the disaster . Supplies and necessary post-disaster assistance are provided.