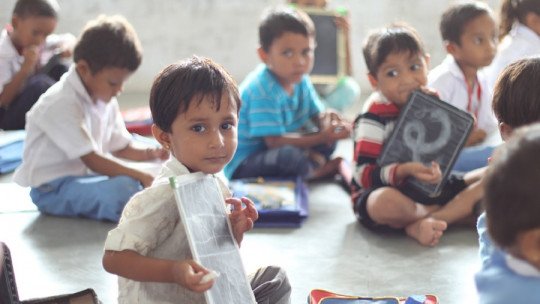 There are many theoretical paradigms and currents that have existed in psychology throughout history, all of them focused on the study of the human (and animal) psyche and behavior from very different approaches. Among these currents, probably the most outstanding and well-known at a popular level are the cognitive, behavioral and psychoanalytic currents and the psychodynamic currents (also others such as systemic theory, gestalt and humanist and integrative currents).

But within each of these paradigms we can find various theories, which allow us to differentiate between subtypes of the theoretical current in question. With respect to behaviorism, one of its variants, although it continues with the ideas of operant behaviorism, is the empirical behaviorism and the behavioral analysis of Bijou’s development .

Behaviorism: what is it?

Before starting to assess what we call empirical behaviorism, it is necessary to make a small recapitulation regarding what behaviorism is at a general level and what its main characteristics are.

Behaviorism is one of the main currents or paradigms of psychology , and emerged as a reaction to the then predominant psychoanalysis.

This current starts from the premise that the only verifiable and demonstrable element of our psyche, the only thing that we can really see without any kind of doubt, is the conduct or behavior performed. In this sense, behaviorism emerged as a discipline that intended to be as scientific and objective as possible, with a mechanistic vision in which all behavior is based on specific laws.

The basic element to explain the realization of behaviors is the capacity of association or linkage of the stimuli. However, the subject is a passive entity in this process, considering less important and sometimes even non-existent aspects such as will or cognition.

Within behaviorism multiple perspectives have emerged that attempt to offer an explanation of the why of behavior , an explanation that is often conceptualized as conditioning processes in which two stimuli are associated in such a way that one of them, a neutral one, goes on to acquire the properties of another that is appetizing or aversive based on the repetition of its association (classical conditioning), or in which this relationship occurs between the realization of the behavior and its appetizing or aversive consequences (operant conditioning).

One such perspective is empirical behaviorism, advocated by Bijou and others.

The concept of empirical behaviorism refers to one of the branches of behaviorism, which considers that psychology should be devoted to the study of observable and manifest behavior. In the case of the one defended by Sidney W. Bijou, it starts from the procedures and bases of B. F. Skinner’s operant conditioning and the philosophy and concept of development and the need for application in Kantor’s field.

Bijou’s empirical behaviorism is particularly characterized by its focus on the process of human development and the acquisition of learning throughout growth, and is in fact a pioneer in trying to bring the theory of behaviorism closer to human evolution and to the educational process during the first stages of life.

It is an orthodox model and to a certain extent quite consistent with Skinner’s procedures and theory of behaviorism, in which the main thing when explaining behavior is the reinforcement and consequences for the subject of the emission or non-emission of the behavior.

The author proposed a model based on behavioral analysis in which the child will be modeled by what happens in the environment but can also model the environment with his actions, receiving different responses from the environment depending on his behavior.

Learning and development implies, according to this model , associations made during the evolution and growth of the person . Development itself is considered the accumulation of associations, which are carried out continuously and always under the same rules and laws.

The change during development is explained through the analysis of both the background and the consequences of the child’s behavior, being possible to control the stimuli that are presented to him in the learning situation.

The three empirical stages of development

Bijou and other exponents of empirical behaviorism and behavioral analysis of development elaborate from their theory, from a point of view that they consider totally empirical, the existence of a total of three great phases of development .

Bijou and other authors identified this first period as one from birth to language learning.

The behavior at this time is fundamentally explained by biology, genetics and innate reflexes, and in general is the same or very similar among all subjects. Little by little the conditioning will emerge as the child experiments and makes associations over time. These will allow him to learn to master his own body, to move, walk and speak.

Understood between the beginning of the language and adolescence, in this period we observe an increasing importance of the associations made through experience when interacting with the environment.

Increasingly, behavior is governed by the appetite and aversion consequences of the behavior, which will cause the child to increase or decrease the behavior in question. The acquired skills are refined through use , and play behaviour is added as a test of the behaviour.

This last stage appears during adolescence and lasts the rest of the subject’s life , and in it social responses from the environment arise and become increasingly important as the main cause and determinant of behaviour.

It is here where more or less regular habits and styles of behavior arise, derived from the operating conditioning in which the main reinforcer is the social. It also includes old age, in which behaviour changes in order to make up for the difficulties arising from the ageing and deterioration of the organism.

Bijou’s empirical behaviorism focuses broadly on the evolutionary process and human development, and has therefore been particularly linked to childhood and has found applicability in the educational field. In fact, Bijou’s own work was largely based on the use of behavioural methods and conditioning to favour children’s learning in schools , both in cases where they could follow ordinary schooling and in those where they had difficulties in doing so.

The starting point was the idea that it is necessary to monitor the performance and development of learning on a continuous basis, as well as the idea of the importance of the teacher as a transmitter of knowledge and the need to decide what, how and when to apply it (remember that for most behaviorism the subject is passive in the generation of the association).

Likewise, the background and consequences of the subject’s behaviour must be taken into account and control of the stimuli must be sought in order to direct the learning of the behaviours. It is also proposed to work with parents in order to encourage them to provide educational guidelines and enriching environments for the child.

Although this vision does not take into account the existence of cognitive and volitional aspects, or the role of motivation and the search for meaning to what has been learned, and as a theory it has been overcome by other currents that do take them into account, the truth is that Bijou’s empirical behaviorism has contributed to generating one of the first educational models directed on the basis of what was considered a learning methodology based on the scientific study of human behavior.