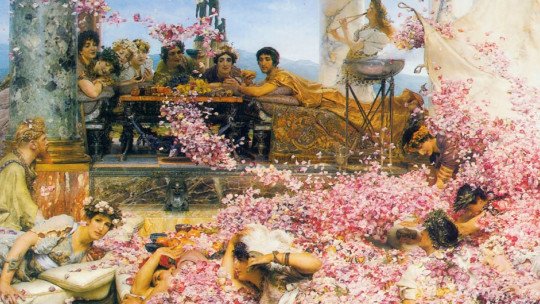 They say that history often hides the essence of truth, but only if it is sought. That details are overlooked, secrets are kept, and often reality is made up by giving it an interested touch. The Roman Empire has always been shown to us as a period of great warriors, excellent thinkers and the fathers of modern politics. Nevertheless, Heliogabalus is an exceptionality that deserves a few lines .

The Emperor Heliogabalus is the great unknown, often pushed aside in the Greco-Roman books by the supposed need to preserve “the historical honour of the founders of the West”. It turns out that this young man was anything but normal and, in particular, is particularly offensive to Christian moralism, which has always tried to link itself to European values.

It is not that he was the typical governor with his public appearances or that he enjoyed all the lovers that his privileged status granted him. Heliogábalo was a character out of his time, partly because he was the first known transsexual in history , as well as a danger to those close to him, for other reasons. 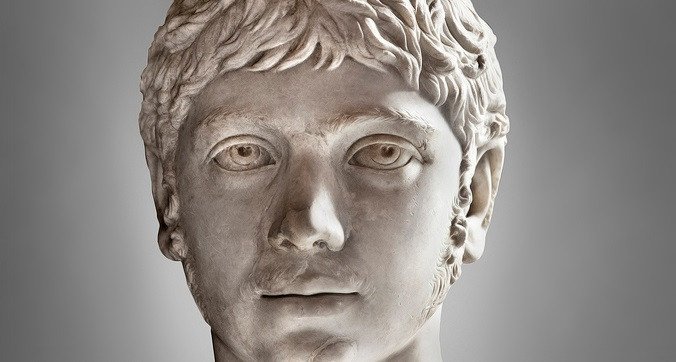 Many history books have tried to forgive the misdeeds of the most controversial politicians, making their figure bigger as if it were a Hollywood movie, in order to create a romantic story about the epic of the ancestors of certain nations. In other cases, however, embellishing a biography is too difficult , so it is chosen to ignore those figures that despite making merits to be remembered, do not fit with the “official” story.

Some of the most famous Caesars of Rome such as Nero, Commodus, Caligula or Galba, were directly responsible for the fall of what was one of the greatest empires in history. To all these names there is one that magically disappears from all the texts we know or have read diagonally about the Roman Empire, perhaps because it was considered one of the worst of its kind by historians, at least until not so long ago.

Heliogabalus, Elagabalus in Latin, was born in the city of Emesa, in the Roman province of Syria in 203, and died murdered in Rome in the year 222, having just come out of his adolescence. He was a Roman emperor with a short-lived mandate, since he reigned only from 218 until the date of his death, a total of four years. It was his grandmother Julia Mesa who, with her political influences, plotted against the current emperor, Marcus Opelius Macrimus, to raise his grandson Heliogabalus.

Heliogabalus, the first transsexual in history

The convergence among expert historians of Ancient Rome is unanimous. “He was one of the worst of his kind,” say those who have published about him. Some of the most renowned authors such as Elio Lampridio or Barthold Georg, even apologized for describing in detail some of Heliogabalus’ actions .

As emperor, Heliogabalus was a time bomb. Having risen to power at the age of fourteen, his rule as emperor was a kind of constant festival of eroticism. It is said that he practiced prostitution, hired a regiment of prostitutes and, most importantly, wanted to change his sex surgically . However, the level of technological development at the time did not allow him to do so, no matter how much he insisted to the doctors.

Of course, the fact that from a very young age Heliogabalus wanted to have a woman’s body, as well as his attraction to men, has earned him the rejection of many historians over the centuries. However, today, in a context where homophobia is receding rapidly in many Western countries, there are still many reasons to consider Heliogabalus a chaos and a public danger.

Sperm killings and authoritarianism in Rome

From a very young age, Heliogabalus became the pontiff of the god El Gabal of his city Empress (Homs in the present day, Syria), an ancient deity of the time, god of the Sun. The curiosity of this god is that was carved in a stone in the shape of a penis . It was a declaration of intent when, shortly after landing in Rome, he legislated the mandatory worship of the phallic statue in an area where the absence of followers of that religion was total.

The most serious thing was not the object to be worshipped in itself, but rather in the rituals as an offering. Senators and praetorians should attend these affronts, without objection . Scenes that were anything but conventional, especially for the time: the emperor was dressed in feminine attire and with his breastplate in the air, with makeup and a feminine attitude. But this was the least of it.

The young emperor’s behavior was as antisocial as it was erratic and marked by the strangest ways of escaping boredom at the expense of the welfare of others. He formed a whole paramilitary group to search for, track down and recruit the males with the largest penis in the Roman domains. He wanted the best equipped men for his personal enjoyment.

He met Hierocles, a slave of Smyrna, and Zoticus, a strapping Greek athlete more famous for his sexual prowess than his sporting accomplishments. She married both and, far from hiding, she came to publicly acknowledge her happiness with these men so that the whole world would know it, attitudes that began to annoy her senators and her own praetorian guard. He boasted in the plenary sessions of the physical consequences left by his lover when they practiced sadomasochistic sex (imagining the faces of the attendees is frankly funny).

The attitude of this young man, whose empire depended on him, did not stop at mere sexual attitudes on a private level. In the Roman capital itself, he frequented the darkest tubs of the whole city , practicing prostitution professionally, built public baths to expose the virile virtues of the citizens and established circus shows in the imperial palace itself.

All this exceptionality and socio-political disruption ended up because the very people who helped him rise to power in a corrupt way through the plot, did the same with Heliogabalus, assassinating him.

Did Heliogabalus have any mental imbalance?

Under no circumstances should the gender identity or sexual orientation of this bizarre emperor be confused with his tendency to harm the well-being of others. It is very relevant to identify the context in which Heliogabalus was appointed leader of the Roman Empire , at an age of 14, when he was still thinking about playing ball with his friends.

The adolescent age, that stage of life when one begins to shape one’s personality, tastes and sexual orientation, was disturbed by his grandmother’s delusions of grandeur, by the excess power that being the Emperor of Rome entails and by the perverse nature of politics at that time, caused an emotional imbalance in Heliogabalus. Everything indicates that Heliogabalus did have mental disorders, although this is not related to the fact of being a transsexual or being attracted to men.