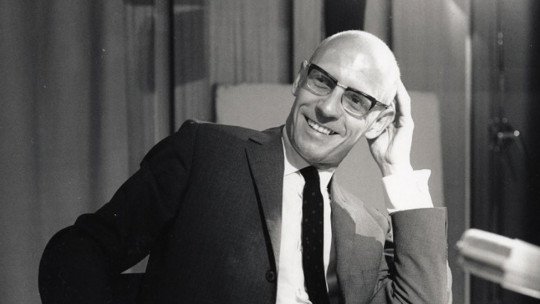 Michel Foucault coined the concept of biopolitics, or biopower , in the last section of the first volume of his History of Sexuality, of 1976. In this section, called “right of death or power over life”, he explains how in the last two centuries a step has been taken in the way states exercise power: previously power was based on the capacity of the sovereign to give death, now it is based on the capacity to manage life.

Thus, it is a power that not only threatens to dispossess properties and ultimately life, but to control life , to grow it, to organize it and to optimize it.

Biopolitics according to Foucault

The ancient form of power had in the afterlife, in death, a metaphysical justification of its earthly power. Biopower has its limit in death.

This is shown, for example, in totalitarian regimes , which mobilize entire populations to make war under the pretext of preserving the life of the group, while before people went to war to maintain the political power of the lord or sovereign.

The two forms of biopower

For Foucault, several advances in technology that culminated just before the French Revolution made it possible to lengthen and improve life while controlling it better. Thus, biopower began to be exercised in two different but interconnected ways : the disciplines of the body and population control.

The disciplines of the body emerged in the mid-seventeenth century, and focused on making strong and useful an individual body understood as a machine. It is exercised by institutions such as education or the army, but also by anatomy. They are systems in charge of moulding the individual to integrate it into society and turning it into a useful element.

Thus, the education system, for example, in addition to imparting a series of knowledge, is responsible for generating a series of corporal habits and attitudes, in the same way as the army.

In the middle of the 18th century, population controls were introduced. While the disciplines of the body focus on the individual, population controls focus on the species. Bodies are studied as supports for collective biological processes. These are disciplines such as statistics, and previously unknown problems of birth control, mortality, longevity or the level of health of the population. We see how these are ways of exercising power that do not seek death, but rather administer life.

Thus, one passes from conceiving the governed as subjects of law to conceiving them as living beings . This has the consequence that while the ancient form of power contemplates human existence as legal, biopower contemplates it as biological. Thus, power is no longer based exclusively on law . Although the law continues to exist, it is one more element in a web of institutions (the family, the educational system, the army, medicine, etc.) that seeks to govern by regulating what is normal and adapting to it all the individuals in society.

Biopower thus also becomes a new framework for the sciences, which under this new paradigm stand as part of the network of institutions that exercise biopower.

In the face of this, opposition to power is based, according to Foucault, on the same biopolitical conception, since such opposition demands the possibility of living a full life, something previously unthinkable. Thus, the ideology of biopower reaches even the resistance to power .

Our own conception of sex would be biopolitical. It is precisely sex, that unnameable sphere, which seems free of all political interference, where biopower is manifested in an implacable way.

Thus, common sexual practices, but also scientific conceptions of sex, would be a way to shore up the power balances of the status quo through sexual practice. We see here how for Foucault knowledge systems generate what they try to describe, so that in their essence they are mechanisms of power.

Biopolitics has become, after Foucault, an academic discipline within fields such as political philosophy , philosophy of nature, sociology or political science.

Indeed, the critical framework created by Foucault has become more and more useful as technology penetrates more and more into biological structures to modify them, both at the molecular and anthropological level, with the emergence of cyborgs and transhumanism , generating a multitude of ethical and political problems. On the other hand, the transgression of the boundary between technology and nature is central to issues such as climate change.

Today the experts could be divided into two groups. On the one hand there are those who believe that every biological notion and every conception of nature is an instance of biopower, so that every policy would be within the framework of biopolitics. Thus, there would not be a nature to protect but a biopolitics to modify.

On the other hand, would be those who believe in a kind of positive biopolitics . Following a point made by Foucault himself in History of Sexuality, this group believes that there is always something in nature that escapes biopower, for example in the most irrational and intimate vital impulses of human beings, or in the element of randomness present in the functioning of nature, which would occasionally escape the mechanisms of biopolitical control. For this group, the objective is to keep nature out of biopower by denouncing biopolitical excesses.