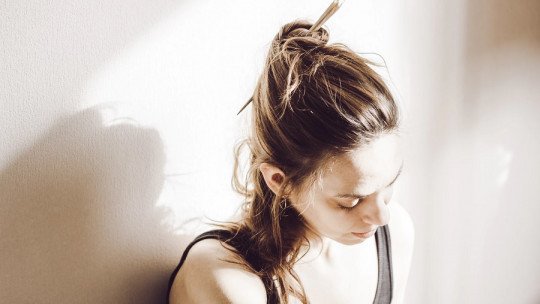 Bipolar disorder is a mental disorder that is part of the group of mood disorders.

In this article we will focus on the symptoms in women typical of bipolar disorder , how to recognize them, and the types of clinical expressions whose effects appear in both men and women.

Symptoms of Bipolar Disorder in Women

In general terms, bipolar disorder is a disorder characterized by extreme changes in mood. In its classic variant, there are stages of depression and mania , that is, phases characterized by sadness and lack of ability to feel pleasure or motivation in the first case, and phases based on frenzy, excitement and thoughts of grandeur for which the person thinks he is capable of doing anything.

On the other hand, the symptoms of bipolar disorder in women that are more characteristic of them are the following, although the differences between sexes are usually quantitative rather than qualitative, and in the end we will see the symptoms of this disorder that occur in both sexes.

There need not be symmetry in the duration and intensity of the manic and depressive phase. Therefore, while in the male version of the gender itself the manic stage is relatively prominent, in women the expressions of depression are somewhat more typical and frequent.

Although this does not have to be the case in all cases, it is very common for hormonal changes linked to pregnancy to intensify the symptoms of bipolar disorder in women.

In a similar way to pregnancy, menstruation generates a domino effect by the mismatch of hormonal regulation, which translates into more intense manic stages and depressive stages in which there is even less energy, a more marked abulia , etc.

In general, women are more likely than men to attempt suicide, which is why bipolar disorder in women can be especially dangerous in this regard . Usually, these attempts are not based on attempts to break or cut off body parts, but have more to do with poisoning and suffocation.

Women in general have a slower metabolism than men, and are therefore more likely to accumulate body fat in a relatively short time. Due to the characteristics of the depressive phase of bipolar disorder, this sedentary lifestyle can lead women to gain weight until they reach an unhealthy situation .

Perhaps due to the social pressure that exists regarding the need for women to look good, the hormonal and emotional imbalances typical of this disorder are more likely to give rise to other psychological disorders related to eating behaviour , such as anorexia or bulimia.

In this variant the manic phase is relatively intense and long-lasting, although the depressive phase also occurs. Both can last several days, and alternate between them quickly .

Mania is characterized by a sense of euphoria, a desire to do many things, and an ability to put oneself and others in danger.
Psychotic symptoms, such as delusions and hallucinations, can also occur.

In this variant what prevails is the depressive stage, characterized by abulia (lack of motivation and desire to do anything, even the basic daily tasks to live well), sadness and feeling of hopelessness, and the inability to experience pleasure (anhedonia) .

Cyclothymia is a less intense form of bipolar disorder, in which the life of the sufferer is much less at risk because the symptoms are not so extreme. It usually occurs in two phases, a hypomaniac and one with mild depressive symptoms .

This category includes all cases in which the symptoms do not fit with the other types of bipolar disorder, so there is a mixture of clinical manifestations that do not normally arise together.

The causes of this disorder are largely unknown, although it is hypothesized that it is due to a failure of the ability to regulate hormone levels. In addition, this is partly due to genetic predispositions , as it appears more frequently in those who have relatives who have it.