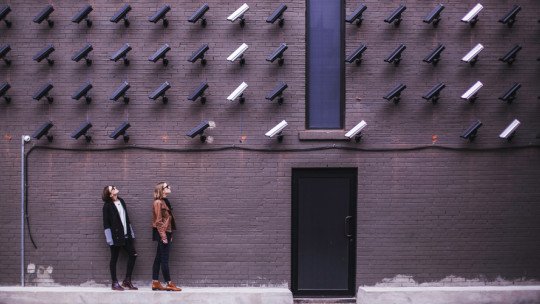 The title Black Mirror , which translates as “Black Mirror” , refers to the screens of electronic devices. Each episode of this series created by the Englishman Charlie Brooker explores a different plot, but they all hypothesize about extreme consequences of technological progress for human psychology and behavior, as well as for the functioning of society.

This is why the series is extremely interesting to analyze from the point of view of Psychology .

What does the Black Mirror tell us about ourselves?

Most chapters of Black Mirror are set in more or less futuristic contexts. The versions of the present and the future proposed by the series can be easily related to everyday aspects of the digital era in which we live, such as the violation of privacy on the Internet or the enormous influence of social networks, television and mass culture.

We will now briefly comment on the episodes of Black Mirror from a psychological perspective. Watch out for spoilers!

Black Mirror started with a very simple approach: to save the life of the UK’s princess, the prime minister will have to have sex with a live pig. This satirical chapter focuses on the public reaction to the humiliation of the elected leader – first mockery and sadism reflecting the resentment of the people against their rulers , then respect and gratitude. Rory Kinnear, who stars in the episode, masterfully transmits the peculiar emotional odyssey that his character goes through.

The futuristic setting of this episode is reminiscent of other science-fiction dystopias such as those of A Brave New World and 1984 . “15 Million Merits” is an allegory about the increasing value of social status and money, which is becoming more and more difficult to obtain for many, and criticises the degradation to which the participants of entertainment programmes in the style of The X Factor are subjected in order to achieve wealth and fame. Before Black Mirror Charlie Brooker created Dead Set , a zombie miniseries that satirizes Big Brother . What would happen if all of our memories were recorded on an electronic device? Of course, Black Mirror offers pessimistic answers: we would live anchored in the past, which we would obsessively review, we would distrust natural memory and there would be voyeurs who would pay for devices removed from young girls, who would then be rejected by a large part of society. But there would also be those who would choose to live free of such a machine-either on principle or by “posture”.

A woman clones her dead husband using the data he left behind on social networks, to which he was addicted. This chapter comments on the false image we project on social networks (a recurrent theme in Black Mirror ) and explores the possibilities of artificial intelligence, which also underpins another recent science fiction series, Westworld . Mourning the death of a loved one is another major theme, especially the way we hold on to our memories during this process.

This is the first of several chapters of Black Mirror that hide key information from the viewer until the very last minute. A woman wakes up with no memories in a world where, she is told, a virus has turned most people into mindless people who only care about recording everything they see with their mobile phones. “White Bear” presents a thrilling narrative to push the use of others’ suffering to the limit as entertainment for the masses . Again, the resource of memory manipulation through technology is used.

The plot will ring out: a television character whose only role is to mock the “establishment” is running for the office of prime minister. In this case the candidate is called Waldo , not Donald, and is a blue (instead of orange) 3D animated bear. The chapter prophesied the frivolous, intransigent and supposedly anti-system course that politics would take in the following years due to the absolute discredit of the rulers.

The Christmas special on Black Mirror uses its extra minutes to tell three related stories starring Jon Hamm (Don Draper in Mad Men). In “White Christmas” a device allows us to block anyone we want to the point that we can no longer see or hear them, and we can use computerized copies of ourselves as slaves to take care of basic computer tasks. Among other topics, this particularly dark and disturbing episode analyses the attitude that we will adopt as people advance with artificial intelligence to the point of acquiring emotions and a sense of identity, and delves into the dehumanization to which technological progress leads us.

“Downhill” is inspired by Peeple, a real application that allows us to value other people based on our interactions with them. Following the style Black Mirror of taking everyday technology to the extreme, for the characters in this chapter everything depends on their assessment (between 0 and 5 stars), from social status to the possibility of finding a flat. In a few hours, the protagonist goes from being a person concerned only with appearances to the emotional catharsis of those who free themselves from the tyranny of “what they will say”, embodied today in “likes”.

A young backpacker has his credit card number stolen and decides to try a virtual reality game in exchange for money to get home. In addition to presenting in a very suggestive way, in a nightmarish environment, the possibilities of augmented reality and the personalization of video games based on personal experiences, this chapter of Black Mirror talks about the use of technology to escape from life real from the story of the protagonist, who does not feel able to interact with his mother after his father died of Alzheimer’s disease.

Probably the only episode of Black Mirror that can be qualified as positive to some degree, “San Junípero” is a nostalgic story that revisits the 1980s. The chapter explores the possibility of life after death through the transfer of our minds to virtual media. It also reflects on love in the last stages of life and on lost opportunities, and uses as its central theme the love relationships between homosexual and bisexual people who have lived in times when their preferences were not legitimised by society.

In the alternative world of this episode, soldiers with neural implants that enhance their senses exterminate humanoid beings known as “cockroaches”. “The Science of Killing” is a particularly sinister chapter that reflects on the dehumanization to which the military submits itself in order to carry out the brutal actions of war, as well as on the false truths that governments use to justify their war campaigns before public opinion.

The longest episode of Black Mirror is a police thriller with a format closer to that of a movie than the rest of the chapters in the series. In “National Hate”, set in the near future and very plausible, every day the person who is tagged most times dies on Twitter with the hashtag “#DeathA”. The central themes of the plot are the virtual harassment and the spread of responsibility that occurs in public lynchings that take place on social networks: if the death of someone depends on the hatred of many people, is it the fault of the victim or of each of those who would wish him or her dead?