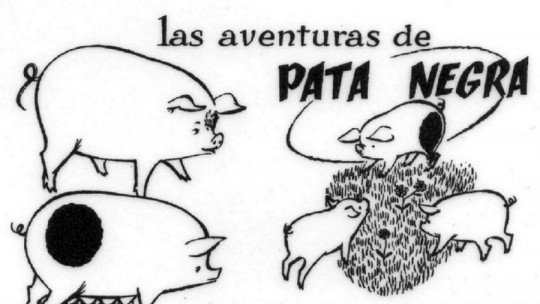 In psychological evaluation, projective tests consider that there are certain tendencies in people who are repressed and who project their mental processes covertly through stimulation from the outside (such as a drawing).

In this article we will learn about the Black Leg Test, a thematic projective test applicable especially in childhood, and which aims to explore the dynamic structure of the personality, as well as to define the psychic organization of the person.

The Black Leg Test is a projective (psychodynamic) psychological evaluation test, of a thematic type. Thematic projective tests are characterized by having visual material of different degrees of structure that causes different emotions and memories in the person, from which the person must elaborate a story.

The Black Leg Test is one of the most used tests in the school and clinical environment to try to detect and interpret personality conflicts in children. It was developed by Louis Corman in 1979, although it is still widely used in the field of psychological assessment.

Louis Corman (1901-1995) was a French psychiatrist , considered the father of morphopsychology. He also created the Family Test. He worked with children with different pathologies and communication difficulties.

The Black Leg Test explores the dynamic structure of the personality , placing special emphasis on the mechanisms of the self and instinctual tendencies.

The test aims to identify (if they exist) deep personality conflicts, especially in the early stages of life.

How does it work?

The Pata Negra Test is made up of 19 plates with scenes starring little pigs , among which is the little pig “Pata Negra” (main character).

It uses the method of free expression from perceptive stimuli (scenes of pigs, from which the subject examined must elaborate a story and/or explain what is happening).

In other words, it is a verbal thematic apperception test , which uses perceptive stimuli as reactive material. According to Bellack, apperception is a significant interpretation that an organism makes of a perception.

The Blackleg Test also uses the “preference-identification” method, where the child separates the pictures he likes from the ones he doesn’t like , and then explains why; he also identifies the characters he would like to be.

All this serves to highlight relevant issues in child development according to psychoanalysis or psychodynamic orientation . These themes are some of them, such as orality, anality, sexuality, aggressiveness and fraternal rivalry, dependence-independence, guilt, sex inversion, nurturing father and ideal mother.

The objectives of the Black Leg Test are essentially four:

Currently there is a paper version of the Black Leg Test, with variable administration time (approximately one hour). The age of application is between 4 and 15 years , preferably.

The areas in which it is applied, as we have seen, are especially in the clinical field and in the school environment.

The sheets of the blackleg test are divided into four types:

The characters are presented (consists of the first sheet).

These are the 16 “intermediate” plates, where the adventures of the little Black Leg pig are shown.

It shows the figure of a staircase.

A fairy is introduced; the child is told that the fairy grants three wishes to Blackleg and is asked to say what they are.

Some of the advantages of the Black Leg Test are that it can be applied in clinical and research settings with children, adolescents and even adults. It can also be applied to psychotic adults.

As for its limitations , we find that it presents too many variables to be analyzed, and that sometimes its interpretation can be somewhat “subjective”. Furthermore, all the criticisms directed at projective tests can be attributed to it, such as the problem caused by having to systematically interpret the answers given by the subject being evaluated.