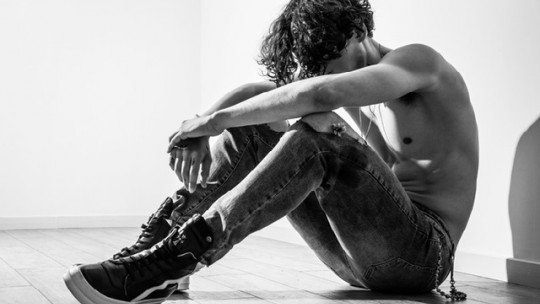 The
Body dysmorphic disorder, formerly known as dysmorphophobia , is a disorder related to excessive concern for one’s body image.

People who suffer from this disorder
They feel a great anxiety and irrational perception about their own body that ends up having destructive effects on their life, and that leads them to develop habits that are negative for their well-being, such as looking in the mirror in excess. These habits have a significant impact on how these people live their day-to-day lives and diminish their self-esteem.

How a person with Body Dysmorphic Disorder (BDD) feels

The image we have of ourselves is one of the factors that play a major role in our level of well-being. Although it is not something tangible, this self-image linked to our self-esteem can not only make us feel better or worse about who we are , but it also has an impact on the way we behave. If our self-esteem is very low, there will be a greater chance that we will neglect our hygiene, avoid situations of social interaction with strangers and present depressive symptoms.

However, if this low self-esteem takes the form of excessive concern for real or imagined physical details that are perceived as imperfections or defects, what is known as Body Dysmorphic Disorder may appear.

What is Body Dysmorphic Disorder?

People with BDD
suffer continually because of their physical appearance and, although to a greater or lesser extent almost everyone is concerned about the image they project and what others will think of them, they take the obsession and concern for their appearance to pathological extremes. It is an obsession that leads us to constantly ask ourselves how we can eliminate certain physical imperfections from our body and, at the same time, makes us fantasize about how our life would be without that “ballast”.

Concern for physical appearance has become normal given the culture of image in which we live immersed. But when that concern becomes too much of a part of our lives and leads us to engage in self-destructive behavior, then we are talking about a serious problem that must be addressed.

Often people with Body Dysmorphic Disorder do not seek help, as they are too concerned about how people will judge them or whether they will think they are too vain. Therefore,
many of these individuals do not receive treatment until they have been experiencing this pathology for a long time .

Michael Jackson, the most famous case of Body Dysmorphic Disorder

The TDC is included in the
Obsessive-Compulsive Disorders, and therefore this type of patients develop anxious symptoms and compulsive routines . But of course, the characteristic of this disorder is the excessive fixation on one’s own body image, which leads them to look bad in front of the mirror and to magnify what they do not like about their body.

We all know the famous case of
Michael Jackson , the artist known worldwide as King of Pop , who was at the top of the music world for more than three decades. No one can argue with his talent as a singer and dancer and his contribution to music, but his continuous exposure to the media and his harsh childhood marked his private life. “MJ transformed his body after several surgeries, and although there is a lot of speculation, rumors and information about what happened inside his mind, it is clear that he was never comfortable with his body.

Many wonder how someone who has been, is, and will be the inspiration of so many individuals suffered so much during their lives.Obviously, few people are going to be exposed to fame and continued media exposure as Michael Jackson is. But even though everyone experiences Body Dysmorphic Disorder in their own way
there are a number of signs that characterize this disorder .

Obsessions about one’s body are so common that these people may spend several hours a day thinking negatively about their physical appearance. In addition, they tend to focus on a specific area of their body that causes them constant anxiety.

It is difficult to determine exactly what causes this disorder. Nevertheless, l
nvestigations have concluded that there are different causes that cause an individual to end up suffering from this disorder.

The culture of image

It is clear that
the culture of image and the influence of the media , which turns us into objects rather than subjects, exerts a determining influence on how we perceive our own body. We are continually surrounded by magazines and advertisements that send us the message that if we do not have the perfect body we are worthless. The best way to counteract this negative influence is to educate us from an early age to value other things in life.

People suffering from BDD may have developed a negative perception of their own image as a result of
have been bullied during adolescence (although also at earlier or later ages), when the individual is more sensitive about his or her body’s appearance In addition, teasing by schoolmates can cause this type of disorder.

Low self-esteem can be a consequence of BDD but also a cause, which can make an individual look worse than he or she is. For example, he may think that he is overweight.

Fear of being alone

Fear of not having friends or a partner can cause an individual to develop thought patterns that lead to BDD. For example, if a person thinks that because of appearance he or she can have more friends and be more popular, the extra pressure to do so may lead to BDD.

Perfectionists
are very hard on themselves and demand a lot of themselves . Their obsession with perfection may be centred on their physical appearance, which predisposes them to BDD.

To learn more about perfectionism, you can read our article: “Perfectionist Personality: The Disadvantages of Perfectionism”

When a person suffers from this disorder,
the first thing you have to do is accept it and seek help . It is necessary for the person to talk to his family or close friends so that he does not feel alone. The next step is to seek professional help. The first person you should contact is probably your family doctor.

The family doctor can make an initial diagnosis, but it is necessary to contact a psychologist specializing in the subject, since it is necessary to re-educate the individual to acquire positive behavior patterns and realistic thinking patterns.

The
cognitive behavioral therapy (CBT) is often the treatment of choice for this type of disorder, although not all treatments work for everyone. The goal of the cognitive behavioral therapist is to identify the connections between a patient’s thoughts, feelings, and behavior, so that the patient can gain practical skills to overcome the disorder. Therapy may be in a group or on an individual basis.

In the treatment of DBT, cognitive behavioral therapy will usually focus on the individual’s attitude toward his or her own body and physical appearance, with the goal of
reduce the need to carry out negative behaviors and help the patient feel less anxious about his/her own body image . Different cognitive-behavioral techniques are usually employed: expository techniques, social skills and cognitive restructuring.