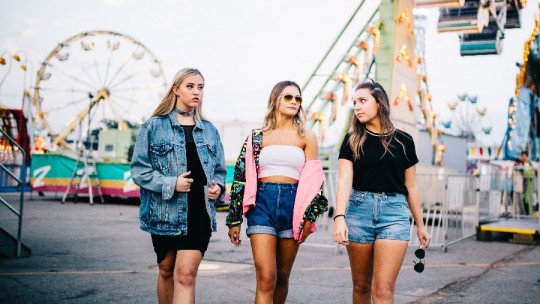 The student years are demanding, especially when we have to go through compulsory training, and the pressure to perform well can exhaust some kids, especially at exam time.

Although scientific studies have shown that some habits, such as exercising or eating well, can increase school performance. Well, a recent study has shown that boys who study in a classroom with many girls obtain better results .

Boys perform better academically if there are girls in class

Few people would say that to improve the academic performance of boys there should be many girls in their class. Surely many think that rather than helping them to stay focused, they could be a distraction. But that’s not what science says. Research shows that boys perform better and get better grades if there are many girls in the class.

Adolescence is a complicated time, in which many changes occur not only physically but also psychologically. In this phase of the search for identity, many adolescents begin to relate to girls, as it is a key stage in the development of sexuality. And what connection does this have with academic results?

Surprisingly, boys perform better academically the higher the proportion of girls in the classroom. This research was carried out by a team of sociologists from Radboud University (Nijmegen, Netherlands), and involved a sample of 200,000 young people.

To obtain these results, scientists analyzed reading tests from more than 8,000 secondary schools in different countries. The data obtained indicate that in those schools where more than 60% of the students were girls, there seemed to be a better school environment and, as a consequence, boys obtained better results .

According to the researchers, it is this good school environment that causes children to get better grades in classrooms with more girls. However, other research, carried out only a few months ago, states that women cancel out the rationality of men, so the presence of girls in the classroom should have the opposite effect.

The study was published in Frontiers in Neuroscience, and involved 21 students from Zhejiang University in China. Participants viewed about 300 images of women’s faces. While half were physically attractive, the other half were not. The group had previously decided which women were attractive and which were not. Then, the participants had to divide a sum of money between each image while their brain waves were measured.

Men were more generous with beautiful women, and in many cases unfairly . In situations of injustice, they took longer to decide. The results of the brain waves indicated that when the subjects had contact with the attractive women, the area of reinforcement was activated, which has to do with pleasure and reward.

The relationship between sport and academic performance

The results that confirm that boys get better grades if there are many women in their classroom may seem surprising. However, there are many variables that can lead to good academic results for students, not only the presence of girls .

In this sense, a person’s habits influence his or her academic performance and grades. An example of this is physical exercise. Practicing it not only influences the psychological well-being of individuals, but also improves memory, concentration and increases brain activity, as you can see in our article “The 10 psychological benefits of physical exercise”.

Several studies have concluded that sport is beneficial in improving productivity in the classroom. A recent study also found that doing sports helps to relieve anxiety and get better grades.

These conclusions were presented by the American College of Sports Medicine, and the research was carried out by Saginaw Valley State University (USA), which analysed the habits of 266 students from this institution and connected them with the results on the GPA scale, the average of the numerical scores used in the United States. This average ranges from 0.0 to 4.0.

Also in children and adolescents

The results showed that people who do regular physical exercise (whether it be fitness, running or yoga) score higher than 0.4 points on this scale.

But these results affect not only university students, but also children and adolescents, according to other studies, such as the one published in the British Journal of Sports Medicine, which included 5,000 boys and girls from the United Kingdom, Scotland and the United States. This study took into account their math, English and science scores when they were 11, 13 and 16 years old. The most physically active children did best in all three disciplines. It appears that for the boys, with only 17 minutes of daily physical exercise the results were already significant. In the case of girls, 12 minutes a day was sufficient.