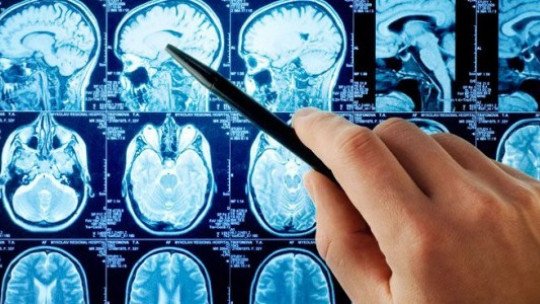 The Central Nervous System, which includes the brain, is an indispensable component of our anatomy.

Without it we could not survive, but neither could we think, feel, make decisions or be aware of what is happening to us; all the characteristics that make us human exist because we have a brain that functions as it should.

However, there are many diseases that can threaten its functioning and therefore our survival. The brain aneurysm is one of them .

What is a brain aneurysm?

A brain aneurysm is a cerebrovascular disease in which part of a blood vessel in the brain becomes enlarged and swells over time.

Prognosis: What happens when the aneurysm ruptures?

The rupture of a brain aneurysm is almost always a very serious event for the health of the person, since on the one hand the blood leakage is affecting the functioning of the parts of the brain making them unable to work well and killing nerve cells, and on the other hand produces a deficit of blood supply in others, causing them to die.

Beyond these generalities, the prognosis of a ruptured brain aneurysm is very variable , depending basically on its size, the brain area affected, the general health of the person and the time that has passed between the rupture of the vessel and the beginning of medical care. In general, an average of 40% of people do not survive the 24 hours following rupture of the brain aneurysm, and it is common for some type of sequelae to remain in cases of recovery.

That is why urgent medical attention is needed at the first signs of symptoms. 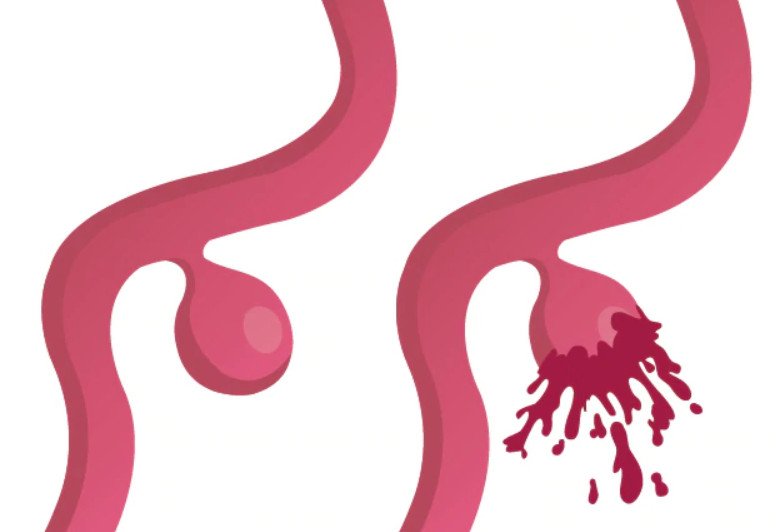 Aneurysms that affect the brain can be classified according to several criteria. Here are some of them.

Brain aneurysms can be the result of genetic alterations or acquired diseases . Risk factors related to unhealthy lifestyle habits are alcoholism, excessive intake of foods with high levels of fats and sugars, tobacco abuse, cocaine use, and the use of certain contraceptives and anticoagulants.

Hypertension, obesity and especially atherosclerosis are also risk factors for the possible development of brain aneurysms, which are associated with the weakening of blood vessel walls.

Symptoms of a brain aneurysm

When they are small, brain aneurysms tend not to produce symptoms until they rupture, although larger aneurysms can alter certain mental and behavioral functions before this occurs by putting pressure on adjacent areas as they expand.

Among the most frequent symptoms of aneurysms that have not ruptured are dizziness, alterations in perception, loss of vision and balance and, in general, a weakening of some psychological functions.

However, these symptoms can be confused with the effects of lack of sleep or the fatigue and stress produced by a too intense work day, so that on many occasions they go unnoticed until the blood vessel breaks and the bleeding occurs.

The person who has a ruptured brain aneurysm will experience symptoms immediately, feeling much weaker suddenly and, in some cases, suffering serious alterations of consciousness that may be accompanied by an entry into a coma or sudden death. Normally, if consciousness is not lost, the most common signs that an aneurysm has occurred are tiredness, strong dizziness, blurred vision and difficulty in focusing attention on something.

It is also common to experience speech problems (aphasias), alterations in perception, and entry into a state of confusion. However, as we have seen, these symptoms depend on many factors, as does the prognosis.

The treatment of brain aneurysms is always carried out by a medical team that intervenes directly on the altered area, so it depends largely on the area of the brain or meninges that have been affected.

In any case, when cutting the bleeding the most used techniques are the clipping of the weakened area of the blood vessel wall , making it no longer exposed to blood pressure, and the use of various techniques to redirect the blood leakage into the bloodstream.