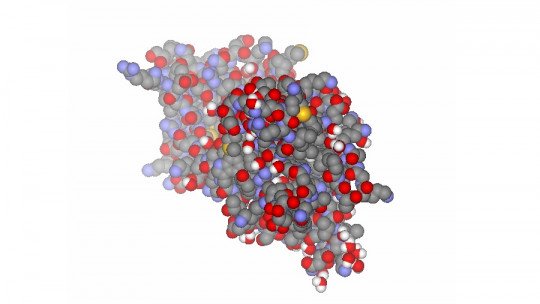 Brain-derived neurotrophic factor has been shown to be one of the most important neurotrophins in processes such as learning, memory and thought.

Inappropriate levels of this substance have also been found to lead to disease, cognitive dysfunction and mood problems.

We will now go into more detail about what exactly this protein does, some of the disorders in which it has been linked, its mechanism of action and the importance of physical activity in order to have good factor levels.

What is brain-derived neurotrophic factor?

Brain-derived neurotrophic factor (BDNF) is a protein, whose gene is located on chromosome 11, which turns out to be the most widely expressed neurotrophin in the mammalian brain , especially in the cerebral cortex and the hippocampus.

These neurotrophins play a very important role during the development of the brain, and continue to exert their action on the plasticity of the nervous system once it has reached maturity.

They have been found to play an important role in processes such as neurogenesis, maintenance and healing of the function of neurons and their structural integrity. In fact, Mark Tuszynski, from the University of California, demonstrated that this was one of the factors that, in animal models, prevented neuronal death when a brain injury occurred .

Function of BDNF in the nervous system

This substance is especially active in parts of the central nervous system, namely the cerebral cortex, the hippocampus and the most basal part of the brain . These areas are involved in cognitive processes such as memory, learning and thinking. It has also been seen that it can be found in places such as the retina, the kidneys, motor neurons, skeletal muscle, the prostate and even in saliva.

Brain-derived neurotrophic factor plays an important role in long-term memory . Although it is true that a large number of neurons in the brain of mammals are formed during the embryonic stage, parts of the individual’s brain, when he or she is an adult, have the ability to generate new neurons from neural stem cells. This process is known as neurogenesis. Neurotrophs help stimulate and control this process, with BDNF being the most important.

BDNF binds to at least two cell surface receptors, which are capable of responding to this growth factor: Track B (TrkB) and the low affinity nerve growth factor receptor (LNGFR). Neurotrophic factor modulates the activity of several neurotransmitter receptors, including nicotinic receptors.

The TrkB is encoded by the NTRK2 gene. Activation of the BDNF-TrkB pathway is important for the development of short-term memory and neuronal growth .

The interaction between the BDNF and the LNGFR receiver is not very clear. Research has pointed out that this interaction is what would be behind the inhibition of neuronal death.

Living in environments with multiple cognitive stimuli, in addition to leading a physically active lifestyle, has been associated with good overall cognitive function. Cognitive, physical and visual stimulation results in increased neuronal functioning, increasing synaptic communication between neurons, which implies changes in both brain structure and chemistry.

Sensory stimuli are first processed by the cortex before reaching the hippocampus. The expression of BDNF is enhanced in environments rich in cognitive stimuli , which has been attributed to improve memory and learning capacity. This factor would lead to the generation of more synapses (synaptogenesis), dendrites (dendrogenesis) and, as mentioned above, greater neurogenesis.

Just as brain-derived neurotrophic factor has been associated with improved cognitive ability and is behind processes such as learning, memory and thought, it was inevitable to observe the extent to which this factor may be absent in neurodegenerative diseases and psychiatric disorders. Here are a few of them.

The fact that BDNF is a crucial substance for the survival of the central and peripheral nervous system, especially in relation to synaptogenesis during and after embryonic development, has led to links with schizophrenia.

It has been seen that people with the diagnosis have lower amounts of the factor in the dorsolateral prefrontal cortex , an area related to working memory.

High levels of the stress hormone corticosterone have been associated with reduced BDNF expression in animal models, implying atrophy of the hippocampus.

A decrease in the activity of the hippocampus and other limbic structures has been associated with mood problems , especially with suffering from chronic depression.

On the other hand, the neurotransmitter glutamate, caloric deficit, intellectual and voluntary stimulation, in addition to antidepressants, have been shown to increase the expression of BDNF in the brain and reduce depressive symptoms.

BDNF levels are highly regulated throughout people’s lives, both in the early stages and in the later stages of their lives.

As we have already seen, brain-derived neurotrophic factor is shown to be a critical substance in brain development both before and after the prenatal period. As we get older, BDNF levels decrease in brain tissues .

The hippocampal volume decreases because of this phenomenon, suggesting that this reduction in BDNF involves the cognitive problems so characteristic of the elderly.

In animal models, especially with rats, it has been observed that carrying out moderate physical activity, such as running one kilometer per day, caused BDNF levels in the hippocampus to increase .

These changes in factor levels have been seen to be particularly significant in neurons of the gyrus, hilus and CA3 region and are manifested after only a few days. Other regions where changes were found were in the cerebellum, cerebral cortex and lumbar spinal cord.

Research with humans has shown that physical activity helps maintain and even improve brain plasticity, a characteristic of the hippocampus. Higher functions such as learning or memory are benefited by carrying out healthy habits such as walking thirty minutes a day , doing any sport or, especially, running. Exercise induces increased gene expression of BDNF.