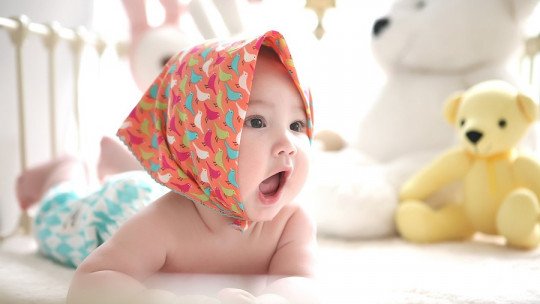 The arrival of a new human being into the world is in most cases a cause for joy, at least when we talk about a desired pregnancy.

After the moment of delivery, a series of small tests are carried out, in a test or battery of tests that allow us to evaluate the state of health and the ability to react of the newborn. One of the most typical, known and used is the Apgar test, which is usually carried out a few minutes after birth and which gives us a general idea of the baby’s state of health.

But the Apgar test is not the only test that can be given to a newborn baby. There are many others that allow us to obtain large amounts of information regarding the child’s perception and response abilities. One of these is the Brazelton scale or test , a frequently used test that provides information linked to the development of behaviour or the existence of reflexes. And it is about this last test that we are going to talk throughout this article.

The Brazelton scale: what is it?

The Brazelton test, also known as the Scale for the Evaluation of Neonatal Behaviour, is a tool for the early detection of neurodevelopmental problems .

This is a highly interactive type of test in which a series of 53 items are tested , 35 of which analyze the behavior of the infants (seven of which are considered complementary and tell us about the need for stimulation of this behavior) while the rest are oriented to assess the existence of certain reflexes. While the behavioral items are scored on a 9-point scale, those referring to the reflexes evaluate good status on a 4-point scale at the neurological level.

The Brazelton scale is considered to be one of the most appropriate to identify the existence of deficits or difficulties in the abilities of newborns, resulting in a very detailed assessment that allows for the establishment of a profile of scores regarding various aspects of health. And even if there is no deficit as such, allows us to assess the general way of reacting to the child’s environment (which in turn gives us an idea of his or her temperament) or whether some behaviours are more difficult than others.

It is a very useful tool that allows to obtain results at a quantitative level , and although it is not compulsory in the national health system it tends to be applied in the first days of the child’s life. Likewise, it allows the evaluation of the existence of certain capacities both in wakefulness and during sleep, and although it generally follows a certain scheme or order in the application of the tests, a certain flexibility is allowed in its application, and the evaluation can be developed according to the baby’s situation.

The Brazelton scale is a broad and quite complete scale, which includes a total of 53 items that allow us to get an idea of the newborn’s capabilities in different areas of functioning. These items are grouped into a set of major aspects, factors or modules, which include different tests depending on the type of classification carried out.

Includes the assessment of reflexes and health status linked to the functioning of the autonomic nervous system. In this sense, it takes care of the basic functions of the organism, including breathing and temperature regulation, variations in skin colour or the presence of trembling or shocks.

A second module focused on the good condition of the reflexes and the capacity of movement, in which muscle tone is involved . It includes items such as motor maturity, response to hugging, general muscle tone or the lability of the child’s state.

This test module aims to evaluate the child’s capacity to get used to stimulation , assessing whether he or she is able to inhibit his or her reactions and even to sleep in the presence of light or repetitive stimulation. It includes tests such as the reduction of the response to light, sound or tactile stimulation, as well as the observation of their state or the response to the action of uncovering them.

A module that aims to answer the question of how it is able to organise itself to activate and respond to stimulation . It includes the items that assess the level of activity, the hand-mouth skill, the speed of reaction to the stimulation or the moment of maximum excitement.

A set of items that can only be carried out when the child is in a calm situation and in vigil. They share with each other the fact that they allow the evaluation of the degree of reaction and the capacity to follow visual and sound stimuli, especially those typical of interaction with others.

In this sense items are included that value visual and auditory orientation, both animated and inanimate , both individually and simultaneously.

7. Use of this scale

The Brazelton Scale was created primarily for use within the clinical setting as a tool to detect possible developmental abnormalities in newborns, which could result from disturbances during fetal development. However, although it is used for this purpose it has also received much attention within the research community.

These scales have often been used not only to assess difficulties but also as a mechanism to bring positions closer together and to encourage interaction between the child and his or her environment , something facilitated by the fact that we are dealing with a very interactive test.

It has been observed that it helps to increase parental confidence and attitudes as well as to establish a communication that allows to start understanding and learning how the child is.