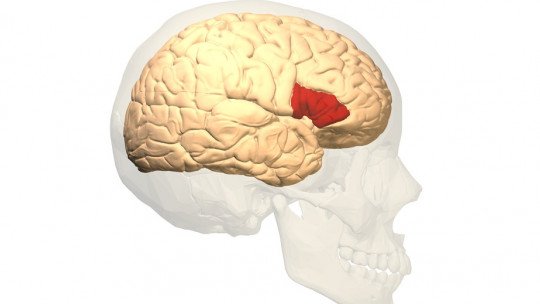 Broca’s area is one of the parts of the brain that have received most attention in the research of the neurobiological mechanisms that explain our use of language, whether spoken or written. The reason for this is that clinical studies related to this area of the cerebral cortex show that there are different parts that specialize in different aspects of language.

In this article we will see what the Broca’s area is and how it relates to the use of language, through a summary of the characteristics of this part of the brain.

Broca’s area: what is it?

Throughout history, attempts to understand the functioning of the brain have led to attempts to study the mental processes that carry out parts of the brain, as if they were systems relatively isolated from the rest. Broca’s area was one of the first regions of the central nervous system to be associated with a specific mental process that was differentiated from the rest .

The concrete, Broca’s area is the part of the brain that deals with the articulation of language in any of its forms . Thus, in both writing and speaking, this portion of the central nervous system specializes in producing a message with internal coherence and articulated through the corresponding language fractions, whether letters or phonemes.

Location of this part of the cerebral cortex

The Broca area located in the third frontal convolution (in the frontal lobe) of the left cerebral hemisphere, although in some exceptional cases it is in the right hemisphere. Specifically, according to the Brodmann map, it occupies the Brodmann areas 44 and 45 , near the eye and attached to the front of the temporal lobe.

It should be noted, however, that the exact location of Broca’s area may vary slightly from one individual to another, and there are even cases where it is visibly displaced compared to the average human brain. This is because no two brains are the same due to genetic differences and the effect of brain plasticity over time: descriptions of the cerebral cortex speak of general patterns, not exact rules.

The discovery of Broca’s area came from clinical cases in which patients with this damaged area were unable to write and pronounce well even though they could understand what they were being told. This led to the establishment of a syndrome known as Broca’s aphasia , characterized by all the typical symptoms that appear when there is a lesion in Broca’s area and other parts of the brain have been relatively preserved.

Specifically, the main symptoms are as follows:

This syndrome is especially distinguished from another type of aphasia related to a part of the brain called the Wernicke area. This is Wernicke’s aphasia, in which, compared to Broca’s aphasia, language and writing are much more fluid, but the ability to give meaning to what is said or read or heard is lost, so that what others say is not understood .

On the other hand, one must take into account that when one part of the brain is injured, whether it is Broca’s or Wernicke’s area, other parts of the brain are also indirectly affected, so the symptoms that appear are not an exact reflection of the tasks performed by these parts.

Functions of this brain region

Currently, the Broca’s area is associated with these main functions and mental processes:

In addition, Broca’s area is also responsible for working with another important element of spoken language production: timing. This allows us to give our speech the right rhythm. On the other hand, in the phase immediately prior to pronunciation, it inhibits the appearance of phonemes other than the one corresponding to each part of the word.

It should be borne in mind that neurosciences are constantly advancing, and so what is known today about what tasks Broca’s area performs is possibly only the tip of the iceberg.

On the other hand, we must avoid falling into the simplistic belief that Broca’s area “produces” language . The different parts of the brain may specialize more or less in different psychological functions, but they always function at the same time, in a way that is coordinated with each other. They need each other, and what happens in them is not isolated from the rest of the biopsychological phenomena that take place in thousands of other parts of the nervous system and the body in general.

Your relationship with the Wernicke area

As we have seen, Broca’s area is proof that not all parts of the brain do the same . Even language, which is apparently a single skill, is made up of many others that can be separated.

Wernicke’s area is the other major area of language involved in the use of this mental faculty. That is why it communicates with Broca’s area through a set of neuronal axons directed towards the front. Lesions in one or the other area, or in the set of axons that communicate to both, produce different types of aphasia.