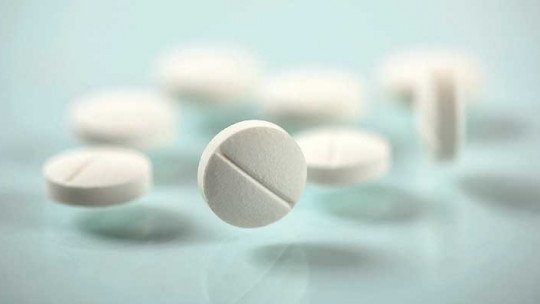 We can state that within the world of psychopharmacology benzodiazepines are among the most studied and varied drugs that exist on the market. It seems that there is a “solution” in the form of a colourful pill for any type of psychological problem that may arise in humans, but they never provide a perfect or permanent solution.

In this article we will talk about bromazepam , a benzodiazepine less known than diazepam or lorazepam, but widely used for anxiety attacks and very intense states of stress.

Bromazepam is a psychoactive drug belonging to the benzodiazepine family. It increases the activity of GABA by facilitating the binding to the GABAergic receptor . It can be found in pharmacies under the names Lexatin, Lexotan, Lexotanil, Lexomil, Somalium or Bromam, always with a doctor’s prescription.

This drug acts directly on the Central Nervous System, and has anxiolytic, sedative, antispasmodic properties and relaxing properties on the skeletal muscle.

As we will see below in more detail, special caution must be taken with the use of this substance as it can generate a powerful dependency , so under no circumstances is self-medication without a doctor’s prescription recommended. Furthermore, if combined with high doses of alcohol it can be fatal: the sedative effects of alcohol in addition to the anxiolytic and sedative effects of bromazepam can lead to drowning during sleep.

Another great risk of the consumption of this psychotropic drug is to abruptly discontinue its use, since it can give rise to withdrawal syndrome; in these cases the most common thing to do is to prescribe another benzodiazepine to control the withdrawal syndrome.

In what cases is it used?

Bromazepam is only indicated when the disorder is severe, disabling or significantly affects the patient. That is, when it generates clinically significant discomfort and interferes with several areas of the person’s life. Some of the psychological problems that may require this psychodrug are

In low doses bromazepam relieves the physiological symptoms of anxiety (such as tachycardia, difficulty in breathing, digestive problems); at higher doses it produces a sedative and muscle relaxant effect, which can be highly addictive.

In more detail, the doses must be adjusted individually. As basic premises, we emphasize:

Side effects of bromazepam

The most important side effects of bromazepam are dependence on the drug, impairment of short-term memory (producing antegrade amnesia in some cases) and even impairment of motor coordination. All these effects may be aggravated if the patient consumes alcohol during treatment .

Curiously and paradoxically, bromazepam can generate some difficulties that it aims to remedy , such as nervousness, aggressiveness, episodes of irritability, nightmares and euphoria. Fatigue, drowsiness, muscle weakness, emotional numbness, confusion, dizziness, ataxia and headaches are also common.

Less frequent effects include perceptual disturbances such as hallucinations. They usually appear at the beginning of treatment and gradually disappear. In the area of psychiatric disorders, it is possible to have a pre-existing depression, which had not manifested itself until the start of bromazepam consumption. If any of these conditions appears, it is best to interrupt the treatment gradually and replace it with another more appropriate one, always subject to the professional’s criteria .

There are several precautions to be taken by the consumer before ingesting this psychoactive drug:

In order to avoid possible poisoning by accumulation, the patient should go for regular medical check-ups. On the other hand, it is better to keep the following guidelines in mind.

As we have said before, the consumption of bromazepam can generate physical and psychological dependence in the person. Logically, this risk will increase as the dose and duration of treatment increase. If, in addition to the above, the patient is an alcoholic or is addicted to other substances, the risk of bromazepam dependence will be multiplied .

In the most severe cases and during withdrawal of treatment, the patient may experience dissociative symptoms (such as depersonalization and de-realization), hyperacusis, hypersensitivity to light, sounds or physical contact (hyperesthesia), hallucinations and epileptic seizures.

It is not advisable to use bromazepam during pregnancy, as its use in pregnant women may increase the risk of congenital anomalies during the first trimester of pregnancy .

Bromazepam may be given to a pregnant woman who is in the last trimester of pregnancy or during delivery, but only in those cases where it is absolutely necessary. The explanation is that bromazepam can have adverse effects on the baby such as respiratory depression, hypotonia or hypothermia.

As for breastfeeding, mothers who give their babies breast milk should not use bromazepam, as benzodiazepines are transmitted to breast milk and can affect the newborn.