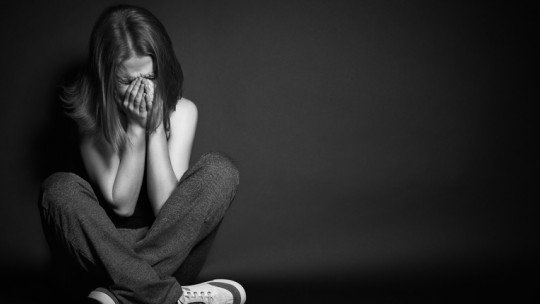 Bullying is becoming a commonplace in our society . At a European level, an epidemiological study with a sample of more than 16 thousand adolescents, determined that 20% of them have suffered at some time from bullying.

These data reflect the idea that a considerable number of adolescents in secondary education and high school are under high levels of interpersonal stress, experiencing complex situations that can lead to emotional disruption and alter, in some way, their psychological development.

The main objective of this article is to make known the bully-victims , that is, adolescents or children who have suffered or continue to suffer from bullying and who, for various reasons, have ended up becoming aggressors (bullies) and victims (victims) at the same time.

Before describing what bully-victims are, let’s provide a definition of bullying.

According to Olweus (1978, quoted in Olweus, 1998) bullying consists of a type of violence that is produced in a relationship of imbalance of power between the bully and his victim , repeats itself and is prolonged in time and includes conducts of diverse nature (physical, verbal and psychological aggressions). In this sense, bullying is a sequence of repeated actions between some protagonists, aggressor/s and victim, whose relationship persists in time and develops a certain and known dynamic.

The scientific literature on the subject states that bully-victims are a different type of aggressor who commits bullying. In general, there are two main types of aggressors s (in English “bullies”):

They’re the confident aggressors. They intimidate others and harass them without hesitation. They fit better than others the stereotype of aggressive children who want to externalize their will to dominate others. In general, these children or adolescents are not usually victimized by other aggressors .

As we have explained above, in this group they can play both roles, as victim and aggressor, although as a rule they do not attack their aggressors, but other minors that they perceive as more vulnerable.

These victimized aggressors suffer from a wide range of problems; compared to “pure” bullies, bully-victims are more anxious, solitary, usually found in states of high tension (hypervigilance) and tend to present more depressive symptoms than the rest. They have very little trust in others, which leads them to remain alert in case a bullying episode occurs again.

Andreou (2004) states that bully-victims show more “Machiavellian” attitudes : lack of faith in human nature, tend to manipulate and deceive others more, are more distrustful and tend to hide the truth as a form of protection.

According to Stein et al. (2007) bully-victims have more physical injuries and pose, at the same time, a greater danger to their peers. As an example, a study conducted by Kochel et al. (2015) found that bully-victims are often involved in more acts of aggression than “pure bullies”.

Bully-victims, when victimized for so long, respond to their peers in a hostile way . Some American studies point out that these young people are more likely to carry weapons to school , as they believe that this way they will be protected.

Several studies have documented that victims of bullying often suffer from anxiety, depression (including leading to suicide), social isolation, eating disorders, and post-traumatic stress disorder compared to other children who have not been bullied.

In addition, children who are bullies within the dynamics of bullying experience social rejection, behavioural problems, anxiety, academic difficulties and are often defiant of adults.

When a child is a victim and an aggressor at the same time, apart from being able to experience all the symptoms described above, he/she tends to have more difficulty than everyone else in “fitting in” to his/her social group (they have fewer social skills and difficulty in establishing and maintaining positive friendships), suffer more intensely from states of over-excitement that they cannot handle and more academic difficulties at school.

Emler (2009) refers that being a victim of bullying can have a negative impact on the empathic capacity of the victim who, far from understanding the behaviour of the aggressor, will try to defend himself by showing an equally hostile behaviour. This would be the specific case of bully-victims.

Some authors (Carroll, Green, Houghton and Wood, 2003; Lereya et al., 2013) have elaborated an explanatory hypothesis in relation to the existence of “bully-victims”: when the adolescent is being harassed and does not have the emotional support of an adequate social protection network (group of friends, parents, teachers) or does not accept such help, he may resort to seeking an informal alternative of protection against the situations of attack .

In this way, the adolescent will try to achieve a social reputation based on an image of a rebellious, strong and antisocial person; the implicit message addressed to the aggressors would be that he is a brave, strong person who has resources to defend himself. It could be that the victims start to behave aggressively as a form of self-defence against future attacks .

It has also been stated that bully-victims often come from violent or dysfunctional family environments . They may have been abused by an older sibling, or have seen their family member mistreat another family member. In fact, many of the negative behaviors related to violence are learned in childhood-adolescence within the family environment, and this is also true of bullying.