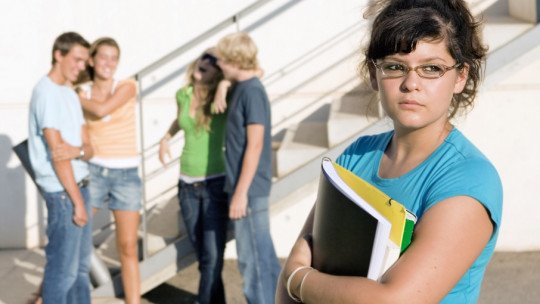 Peer relationships, which at first are (according to adolescents) one of the most rewarding aspects of the school context and one of the main sources of emotional and social support, can end up being a very harmful and painful element for young people.

In the scientific literature led by Olweus, it can be seen that victims of bullying usually have a series of individual risk factors that differentiate them from the aggressors (e.g., gender, school year, ethnic reasons, religious preferences, socioeconomic level, poor social skills, “superior” social skills, reduced academic achievement, etc.).

Unfortunately, one of the elements that triggers the attention of aggressors is usually the sexual orientation (or doubts about it) of the victimized adolescents, which we will call “bullying due to homophobia”.

What is homophobic bullying?

We will define homophobic bullying as any type of voluntary and directed physical, social, or verbal abuse with the intention of making the victim feel uncomfortable because of his/her sexual orientation . There is an imbalance of power between the aggressor and the victim, and the abuse is usually prolonged over time.

It is considered that the responsibility for this phenomenon lies not only with the aggressor, but with educational institutions and society as a whole, due to the dominant social values regarding sexuality in general. That is to say, even today, our society interprets heterosexuality in terms of “normality”, while homosexuality (and bisexuality) is interpreted as “abnormal, strange, eccentric “. In this way, all those manifestations other than heterosexuality are labeled as deviant and abnormal.

We would be naive to believe that this prevailing thought in society is not absorbed by children and adolescents, who reproduce these social standards in their particular environment: schools and institutes. Everything that is considered “out of the ordinary” within the school context is usually the object of mockery or derision, and as we have explained above, sexual orientation is one of the reasons that “triggers” aggressions towards victims.

Consequences of this type of aggression

LGBT people and/or those who doubt about their affective-sexual orientation make up a population that is susceptible to suffering more mental health problems than the rest. Why? Very simple: this population tends to suffer a higher level of stress throughout almost all their lives .

Let’s think about the things they have to face: integrating and accepting their affective-sexual orientation, talking to their family and friends, fear of rejection and non-acceptance, dealing with homophobic situations, putting up with the associated social stigma… Let’s say it’s a particular stress that straight people don’t necessarily have to suffer.

As we all know, childhood and adolescence are the periods in which our personality is shaped and in which we tend to feel most vulnerable , and it is a really difficult stage to go through.

Now let’s imagine what a young gay or bisexual person must face, more than anything else. If it wasn’t enough with the hormonal changes/discovering his identity/trying to fit into the peer group/getting along in school/dealing with physical changes, etc., now let’s imagine the stress he must feel thinking about possible rejection or non-acceptance by the people he loves most: his family and friends.

And if a situation of bullying due to homophobia also occurs (with the consequent loss of social support among peers), the “perfect” ingredients are being introduced to generate a breeding ground that will cause psychological problems that will last over time, such as the construction of low self-esteem, feelings of shame towards oneself, depression, anxiety, post-traumatic stress disorder, isolation, self-harm, etc. In a study (Rivers, 2004) it was stated that victims of homophobic bullying were more likely to suffer from depression compared to victims of heterosexual bullying.

Several studies have shown that (e.g., Bontempo and D’Augelli, 2002) levels of victimization were higher in LGBT students or that they had doubts about their affective-sexual orientation. Within the type of victimization, in general they tend to be more victimized at a verbal level (insults, nicknames, derogatory comments)

Intervention in this problem

Although it is surely a long process that needs the passage of several generations, it is necessary to educate society to eliminate the dichotomy of “normal = heterosexual”, “abnormal = gay, lesbian, bisexual, transgender or transsexual”.

The main objective is to modify negative attitudes towards minority groups such as LGTB , and to adopt a more inclusive vision with values such as acceptance, egalitarianism, freedom and empathy towards equals. If schools/institutes do not address this issue in a natural way, leaving aside “taboo” topics, they are contributing to the fact that the LGTB population continues to be seen as something alien, and that discrimination continues to be perpetuated.

After all, the school is a very powerful educational element in society, and is considered one of the main agents of socialization together with the family, therefore it should encourage tolerant thinking in our young people, promoting the birth of positive values towards the different forms of sexual expression and gender diversity.