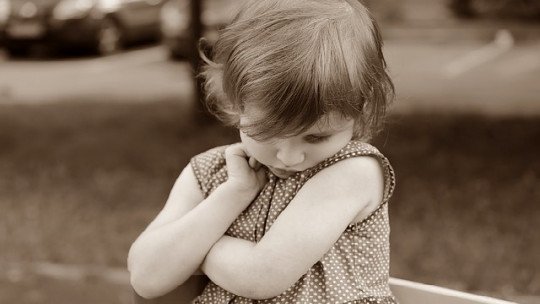 Given the increase in cases of violence in the school context and the fatal outcomes that can result from the absence of early detection of such episodes, let us see what are the factors that precipitate and maintain these types of disturbing events .

Bullying is a concept derived from the English language to designate the set of behaviours and situations in which school bullying takes place. Bullying is the type of harassment that is established between individuals (usually minors, but not exclusively) in the school environment. There is a wide range of behaviours that can be included within this taxonomy, within which there are directly physical actions but also covert ones, for example intimidation, tyranny, stigmatization, isolation, threats, insults, etc.

Thus, the greatest proportion of samples of bullying go unnoticed in the presence of educators or parents of the students involved. Furthermore, it is very frequent that apart from the main aggressor and victim there are many other actors that play some kind of role in the situation of bullying that aggravates and perpetuates it (usually supporting the figure of the aggressor). The different types of bullying correspond to the following typologies:

Profile of the aggressor in cases of bullying

The particularity that should not be overlooked is that in cases of bullying both the victim and the aggressor present an emotional alteration derived from certain psychological problems that favour the exercise of both roles.

Thus, in the case of the aggressor, although there seems to be unanimity regarding this statement, it is very complex to establish a specific psychosocial profile . Even so, the knowledge of the particular reasons why a certain situation of bullying has been generated helps to a great extent to be able to intervene in order to put an end to that episode.

The research points, anyway, to affirm that there are certain characteristics that the aggressors share with greater assiduity like: low self-esteem, feelings of inferiority and need of reaffirmation by means of the aggressiveness (motivator of the aggression towards the other), provocative attitude in most social situations in general, scarce resources of suitable confrontation of the conflicts and null tolerance to the frustration, presence of models of aggressive conduct close to him and little empathic capacity.

Thus, the functioning of the child aggressor is usually authoritarian, violent, irritable, impulsive, intolerant and he usually uses these characteristics to exercise power (and assert himself) before the other.Offenders may be direct when they harass the victim directly or indirect when they support or induce others to engage in this type of abusive practice.

When one tries to investigate the factors that have led a child to engage in this type of behaviour, it is observed that in many cases the foster family environment is unemotional, violent and there is a total absence of adequate educational guidelines. Therefore, aggressive children usually put into practice what they themselves observe in their referent figures: hostile and aggressive behaviour. These family environments are also characterized by a great demand from parents for their children’s performance at school, outside school or in social relationships.

Factors that precipitate the onset of bullying

The factors called maintainers are fundamental elements that must be identified and intervened to achieve a positive evolution of the bullying episode. They can be classified according to the area in which they originate.

Thus, in the family environment the parents usually present an attitude of negative affection and even rejection towards the child . In addition, the degree of permissiveness is high in the face of the child’s aggressive behaviour and there is an absence of limits in the establishment of rules and the application of consequences after them. The educational style is usually authoritarian and the use of physical and emotional punishment is very frequent (which feeds back into the child’s violent functioning). Finally, it has been found that this type of family is linked to habitual traumatic or intensely stressful life events such as illness, for example.

In the personal area, the aspects that make these harassing behaviours persist refer mainly to the consumption of toxics with assiduity, impulsivity and scarce emotional self-control, vicarious learning of violent behaviour as a way of facing interpersonal situations or those of certain complexity, etc.

In the school environment, sudden changes of school and resulting from relatively frequent family circumstances, excessive changes in the teaching team, a change of cycle, too strict or too permissive dynamics in the class group, etc., can be important factors to take into account.

Finally, at a social level, there may be a phenomenon known as “social contagion” by which the dominance or leadership of an individual added to a weak and uncritical personality on the part of the rest of the members of the group favours these types of practices of harassment towards a third party.Usually, the subjects who passively adopt this role internalise the victim providing her with a stigmatised characterisation. This, being a practice shared by the whole group, makes the feeling of guilt for exercising this type of treatment towards the victim to be diluted.

Another considerable influence is exerted by the content of the media to which young people are subjected today, very often without adult supervision to ensure that they take adequate responsibility for the information they see. Related to this, we can also talk about the values of society that are transmitted through these media, which promote success, competitiveness and power or violence as effective methods to face any kind of daily situation.

In the text it has been possible to verify that many of the actions that are defined as bullying behaviours are usually very complex to detect , since in many cases they do not cause visible and immediate consequences in the victims.

The most common form of school violence is insidious (verbal, not physical), the psychological effect of which on victims can lead to very damaging, emotionally significant sequelae. These include the following: A decrease in school performance and the appearance of learning difficulties which, in serious episodes, can lead to school failure; the development of intense anxiogenic symptoms which anticipate the idea of attending school, of interacting with peers in a school context or of a new event of bullying, all of which can lead to the appearance of school phobia; significant deterioration of self-concept and self-esteem; appearance of depressive symptoms and suicidal ideation; low expectation of achievement and learned helplessness for which the victim does not emit any type of active confrontation, among others.

It is therefore crucial to carefully analyse what kind of factors (both internal, such as those related to the profile of the aggressor, and external or environmental) are contributing to the perpetuation of this type of behaviour in the classroom. The action of educators and family members, as well as the values transmitted by today’s society, seem to play an important role in all this.