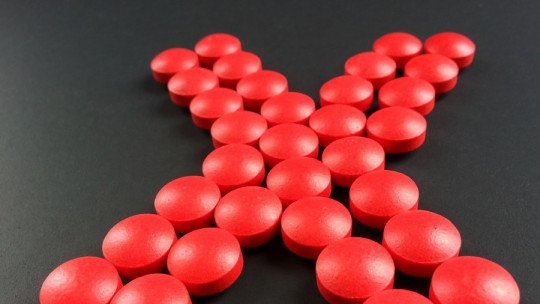 Antidepressant drugs include a range of medications used for the treatment of depressive symptoms and behavioral disturbances associated with low mood. Within the category of antidepressants is the group of tricyclics, among which are butriptyline, a drug that differs from the rest of the tricyclics by its peculiar mechanism of action .

In this article we explain what butriptyline is and what tricyclic antidepressants are, what the mechanism of action of this drug is, what kind of side effects it causes, and what its clinical effectiveness is, compared to other similar drugs.

Butriptyline is a drug from the tricyclic antidepressant group, chemically related to amitriptyline and imipramine . It is a drug that has been used in several European countries, including Spain, in the treatment of depression. Because it has a somewhat different pharmacological action than other tricyclic antidepressants, it has been described as an “atypical” or “second generation” drug.

Since its development in 1974 by Wyeth (formerly known as American Home Products), one of the world’s largest pharmaceutical companies, and its subsequent marketing in the United Kingdom, it has been dispensed very rarely compared to other antidepressant drugs in the same group. It was marketed under the brand names Evadene, Evasidol, Evadyne, and Centrolese.

Tricyclic antidepressant medications are used in the treatment of depressive disorders and other behavioral disorders, as is the case with butriptyline. This type of drug acts as an agonist for monoamines . Their main effects are on serotonin receptors, noradrenaline receptors and, to a lesser extent, dopaminergic receptors.

The therapeutic activity of tricyclic antidepressants is produced by inhibiting the reuptake of these neurotransmitters, which leads to an increase in the availability of these monoamines in the synaptic cleft. However, these drugs also act, although secondarily, on histamine and cholinergic (acetylcholine-related) receptors, exerting an antagonistic effect on them.

The mechanism of action of tricyclics is not very specific, since their therapeutic targets go beyond the receptors of the most relevant neurotransmitters, and affect another set of receptors ; this means that, although they can be effective in relieving depressive symptoms, they can also cause side effects and serious adverse reactions.

In in vitro studies, butriptyline has been shown to be a potent antihistamine and anticholinergic drug, with moderate antagonistic effects on the serotonin 5-HT2 receptor and the adrenergic receptor α1 , and with a very weak or negligible action as a noradrenaline reuptake inhibitor.

This mechanism of action appears to give this drug a profile very similar to that of the drugs iprindol and trimipramine, whose antagonistic effects on serotonin receptors may be responsible for their efficacy in improving mood.

However, in several clinical trials where similar doses have been used, butriptyline has been found to be equally effective as amitriptyline and imipramine in treating depressive symptoms, despite the fact that these two antidepressant drugs have a more potent effect as 5-HT2 antagonists and as serotonin-noradrenaline reuptake inhibitors.

It has been suggested that butriptyline’s mechanism of action is different from that of other tricyclic antidepressants and that, perhaps, it works like a prodrug, converting to an active metabolite once it is introduced into the body, thus acting with a different pharmacodynamic.

Butriptyline, as we have discussed, is closely linked to amitriptyline and has similar side effects to this tricyclic antidepressant . However, it seems that in the case of butriptyline, the sedation caused by its consumption is less, compared to other tricyclics, as well as the risk of interactions with other drugs.

Since this drug has relatively weak effects as an antagonist α1 and virtually no effects as a noradrenaline reuptake inhibitor, it has almost none of the antiadrenergic and adrenergic side effects.

In short, the most prominent side effects and adverse reactions of butriptyline are related to the powerful antihistamine and anticholinergic effects it produces. The most common ones are presented below:

To evaluate the efficacy of a drug, it is usually compared with another drug from the same group under appropriate experimental conditions. In this sense, in a multicenter study in which two experimental groups were randomly assigned and another control group, under double-blind conditions, the efficacy of butriptyline was compared with amitriptyline, in a group of 77 patients between 18 and 70 years of age and diagnosed with primary depression.

After the initial comparison of the two treatment groups, the results showed that the antidepressant effects were significantly better with butriptyline with respect to the number of dropouts, in the total score and in the following factors of the General Depression Scale: depression, guilt, anxiety, somatization and somatic complaints. In addition, the frequency of prescription of haloperidol was significantly lower in patients treated with butriptyline compared to those using amitriptyline.

The general frequency of side effects and other parameters (haematological and biochemical variables, electrocardiogram, etc.) were the same in both groups. In conclusion, it was observed that butriptyline has the same indications as amitriptyline, but shows better antidepressant efficacy at the same dose , as well as greater relief of anxiety, somatization and somatic complaints.