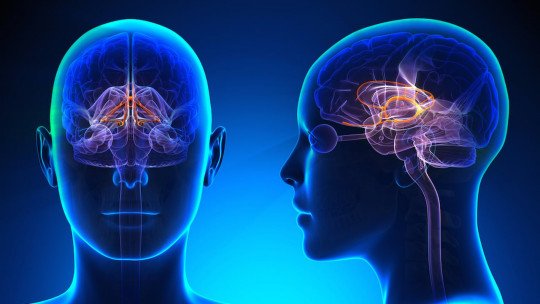 The plasticity of our brain, which allows it to be modified both in its function and in its structure (Kolb and Whishaw, 1998), has been key in the great capacity of adaptation to the human environment, allowing us to adapt to a multitude of environments and to colonize all corners of the Earth.

Among other functions, this malleability makes it possible that, in interaction with the environment, we can increase our cognitive reserve , allowing in turn for greater brain plasticity. The concept of cognitive reserve refers to the fact that, when faced with tasks that require greater brain activity in a given area, the ability to use alternative brain networks more efficiently is developed, which can serve as a mechanism of self-protection against, for example, age-related cognitive impairment or injury caused by trauma (Rodríguez-Álvarez and Sánchez-Rodríguez, 2004).

What is the impact of Internet use on this exploitation of cognitive resources?

Effect of computer use on cognitive performance

Patricia Tun and Margie Lachman (2010), from Brandeis University, conducted a study with a sample taken from the MIDUS (Mid-Age Development in the United States) program. This sample, composed of 2671 participants, covered a range of adults between 32 and 84 years of age, of different socioeconomic status and different educational levels.

First, the participants answered a series of questions that evaluated how often they used their computer. Then, using a battery of tests, different cognitive domains were measured such as episodic verbal memory, working memory capacity, executive function (verbal fluency), inductive reasoning and processing speed. In addition, another test was conducted that measured the reaction time and speed with which participants alternated between two tasks, which required substantial performance of the central executive functions, which in turn play a critical role in computer use.

Obtaining these data allowed the researchers to elaborate the hypothesis of whether there exists an association between a greater frequency of computer use and a hypothetical better performance in executive functions , comparing between individuals who are similar both in basic intellectual capacities and in age, sex, education and health status.

After analyzing the results, and controlling for demographic variables that could interfere with the results, a positive correlation was seen between the frequency of computer use and cognitive performance across the age range . Furthermore, in individuals with the same cognitive capacity, greater computer use was associated with better performance of executive functions in the test of alternation between two tasks. This latter effect of better control of executive functions was more pronounced in individuals with lower intellectual capacities and less educational advantage, which was a compensation for their situation.

In conclusion, the researchers argue that these results are consistent with research that has found that performing tasks that involve considerable mental activity can help maintain cognitive abilities at a good level throughout adulthood.

In the light of these facts, the importance of the universalization of the use of computers and access to the Internet is raised . Based on the hypothesis that carrying out a truly stimulating mental activity is beneficial both for intellectual capacities and for reinforcing cognitive reserve, it can be inferred that promoting these technologies from the authorities would be an investment in the quality of life of citizens.

What does neuroscience say about that?

Based on the theories mentioned above about how the practice of mental activities can alter the patterns of neuronal activity, Small and his collaborators (2009), from the University of California, decided to investigate how the use of new technologies changes the structure and function of the brain. To do so, they counted on 24 subjects between 55 and 78 years old, who were assigned to two categories.

All subjects were similar in terms of demographics and, depending on the frequency and skill of computer and Internet use, 12 were included in the Internet expert group and 12 in the novice group. The tasks performed by both groups were twofold; on the one hand, they were asked to read a text in book format from which they would later be evaluated. On the other hand, they were asked to carry out a search on a specific topic, which would also be evaluated later, in a search engine. The topics to be read or searched on were the same in both conditions. While performing these tasks, the subjects were given a brain scan using functional magnetic resonance imaging to see which areas were activated while reading or searching.

During the text reading task, both internet novices and experts showed significant activation in the left hemisphere , in the frontal, temporal and parietal (angular gyrus) regions, as well as in the visual cortex, the hippocampus and the cingulate cortex, i.e. areas that are involved in the control of language and visual abilities. The difference was found, as predicted by the researchers’ hypothesis, in activity during the task of searching for information on the Internet.

While novices activated the same areas as during text reading, in experts, in addition to these areas dedicated to reading, the frontal lobe, the right anterior temporal cortex, the posterior cingulate gyrus and the right and left hippocampus were activated significantly more, showing a greater spatial extension of brain activity. These areas of increased activation in experts control key mental processes for correct Internet searching, such as complex reasoning and decision making. These results can be explained by the fact that an Internet search does not only require the reading of text, but that one must constantly interact with the stimuli that are presented .

On the other hand, in investigations carried out with other types of mental tasks, after a peak of great activation, brain activity tended to decrease as the subject acquired skill in the task and this became routine. This, however, does not seem to happen when using the Internet, since despite continued practice it remains a truly stimulating task for the brain, measured in patterns of brain activity.

Based on their findings in this study, Small and his collaborators believe that, although the sensitivity of the brain to new technologies may cause addiction or attention deficit problems in people with particularly malleable brains (children and adolescents), in general the use of these technologies will bring mostly positive consequences for the quality of life of the majority . They argue this optimism on the basis that, being a mentally demanding task, they are designed to keep people cognitively awake, who will exercise their abilities and obtain psychological benefits.

But it’s not all good news. On the other side of the coin we find arguments such as those of Nicholas Carr (author of the popular article Is Google Making Us Stupid?), who states that this reorganization of the brain’s wiring can lead to great difficulties in carrying out tasks that require sustained attention, such as reading long paragraphs of text or maintaining concentration on the same task for a certain period of time.

In his book Superficial: What is the Internet doing with our minds, referring to the approach proposed in Small’s work, Carr (2010) notes that “When it comes to neural activity, it is a mistake to assume that the more, the better”. He reasons that, when it comes to information processing, the increased brain activity found in people accustomed to the use of the Internet, is not simply equivalent to exercising our brains, but causes an overload on it.

This over-activation, which does not appear in the reading of books, is due to the continuous excitation of the brain areas associated with executive functions while surfing the Net. Although it cannot be seen with the naked eye, the multiple stimuli that we are presented with subject our brain to a constant process of decision making; for example, when we perceive a link we must decide in a small fraction of seconds whether to “click” on it or not.

Based on these premises, Nicholas Carr concludes that this modification of our brain function will to some extent sacrifice our ability to retain information, which was favored by the methods of calm and attentive reading required by paper texts. In contrast, thanks to the use of the Internet, we will become magnificent and fast detectors and processors of small portions of information, since… why store so much information in my prehistoric brain if a silicon memory can do it for me?