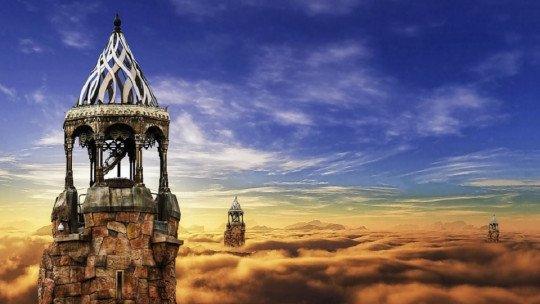 Each person has their own unique way of capturing reality , of thinking and processing what happens to us and of acting in accordance with our perceptions, previous experiences, beliefs and values. In other words, each human being has his or her own personality.

This construct has been studied from very different theories and points of view, as well as those problems and disorders that derive from a lack of coordination and adaptation between personality characteristics and everyday life events. One of them is the phenomenological theory of Carl Rogers , centred on the formation of the self and the personality and the adaptation of these, oriented towards clinical practice.

Carl Rogers was a psychologist of great importance in the history of psychology, being recognized as one of the greatest exponents of humanistic psychology and for his contribution to the practice of psychotherapy with innovations such as client-centered therapy. A large part of his contributions are due to his vision of how the human being integrates reality to form his own Self. And this aspect is especially worked on in Rogers’ so-called phenomenological theory.

This theory establishes that each person perceives the world and reality in a particular way from experience and from the interpretation he makes of it, so that he builds his own reality from these elements. This interpretation of reality is what Rogers calls phenomenological field. For Rogers, reality is the perception that each person has of it , since it is not possible to observe it in any other way than through the filter of our own mind.

Thus, the professional who intends to understand and treat another human being has to start from the idea that in order to understand him or her he or she will have to take into account not only what he or she does objectively, but also the subjective view of the world that he or she has and that has led to it, working with both elements at the same time from the link between professional and patient.

Rogers’ phenomenological theory is therefore based on the idea that behaviour is mediated by internal elements , such as the tendency to update and evaluate experiences. The human being tries to find his place in the world, feeling self-realization with it and basing the conception of this on personal growth.

The human being as an organism that updates itself

Throughout life, the human being is continuously exposed to a flow of situations that will force him to adapt in order to survive. The aim of this is to find one’s place in the world. To this end, we have as an organism the tendency to constantly update ourselves: we feel motivated to grow and expand continuously since this allows us on the one hand to survive and on the other to develop and achieve autonomy and to fulfill objectives .

Likewise, we learn to evaluate situations positively or negatively depending on whether they allow us to update them, getting closer to the elements that allow us to be satisfied and moving away from those that make it difficult for us. We learn to visualize reality in a certain way and this vision will mark our interaction with the environment.

This tendency is present from birth , trying to coordinate this development with our being to form a more or less stable Self over time, which will mark our identity and our personality.

Self-concept and the need for acceptance and self-esteem

Phenomenological theory focuses mainly on the processes of change in behaviour and personality throughout life. An important concept is the self-concept, which is understood as the awareness of oneself and which serves as a model or frame of reference from which reality is perceived and to which the perceived experience is linked in order to give it, as well as ourselves, a value.

This self-concept is based on the organism, the totality of the person, both on a physical and mental level, and serves as the basis for conscious and unconscious experiences.

Self-concept is generated throughout a person’s evolution and growth, as they internalize and self-assign traits that they perceive from the actions of others and their effects. On the basis of these self-assigned traits an image of the self is formed , gradually acquiring awareness of its individuality

The child’s own performance provokes a reaction on the part of others, reactions that will become relevant throughout the development as the need to feel affection from others and be valued positively, progressively appears. Depending on whether the behaviour is approved or punished, the person will learn to value him/herself in such a way that it will end up building self-esteem.

This self-esteem or emotional assessment of the person will make him/her outline an ideal Self , that which the subject would like to be, and try to achieve it. But our ideal Self can be more or less close to our real Self, which can trigger frustrations and a diminished self-esteem if an approximation to the first one is not achieved. In the same way, if the situations that we live contradict our development, they are seen as a threat.

When self-concept and reality contradict each other, the human being tries to react through different reactions that allow the contradiction to be reduced. It is at this point that pathological reactions can arise, such as denial or dissociation, depending on whether the defensive reaction is insufficient or disorganised, which can lead to the appearance of mental disorders when the individual’s personality disintegrates.

In therapy, Rogers considers that the professional must act from empathy and making use of intuition and connection with the patient to reach an understanding of his phenomenological field, so that he can contribute to guiding him in his acquisition of autonomy and development.

It is important to keep in mind that for Rogers each person is responsible for himself, being the subject himself who will elaborate his development and carry out the process of change. The therapist is a guide or helper , but cannot make the change for him but help the person to find ways to update himself in the best possible way.

The role of the professional is therefore to guide and help the subject to see what motivates him or her or in what direction he or she is developing from the bond with the patient, whom he or she must allow and help to express himself or herself. It is based on the complete acceptance of the patient , without conditions, in order to achieve that the patient opens up his phenomenological field and can make aware and accept those experiences that contradict his self-concept. The aim is for the person to be able to reintegrate his personality and achieve positive development.