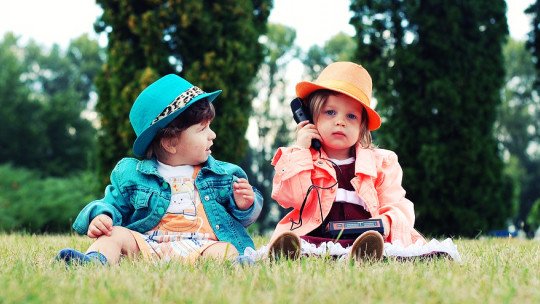 Socialization based on sex causes gender inequality . This socialisation takes place even before birth: from the moment in which in pregnancy it is identified whether the baby will be a boy or a girl, a long process of socialisation begins whose result is the differentiation of people as men or women.

From the gender perspective it is possible to understand that the application of the sex-gender system in the socialization process builds a set of beliefs at the social level in which each gender is assigned certain behaviors.

The difference between sex and gender

The roles of each gender are given different importance according to a hierarchy of values, positioning women in inferiority. This is how the stereotypes that contribute to the maintenance of inequalities between men and women arise.

The concept “sex” refers exclusively to the physical characteristics that biologically differentiate people as men and women. However, the concept “gender” is a social construction based on the assignment of different roles according to sex.

This means that gender is used to describe those characteristics that are socially constructed differently for women and men. The social differences that we find in today’s society between men and women are the result of learning about the sex-gender system.

The sex-gender system: a theory of inequality

The sex-gender system is a theoretical model that explains how gender socialization occurs. This theory identifies the natural with the socially constructed and establishes that sex itself is not the cause of inequality between women and men, but their socially constructed gender position.

This system produces a set of learned and internalized social norms that structure the behaviors of both sexes and condition the perception and interpretation of social reality. Consequently, they generate a differential socialization.

Biological inequalities are translated into social , political and economic inequalities between women and men that generate sexism, with women being the most disadvantaged in this process.

From birth, people learn the behaviors, attitudes, roles and activities that correspond to the characteristics determined by belonging to one sex or another, thus developing gender identity and gender roles.

Gender identity is the attachment to one or the other sex, that is, identification as a man or a woman. From this gender identification, the development of a specific differentiation process is triggered, in which gender roles are learned.

Gender roles imply assuming as one’s own the social representations about masculinity and femininity through the various agents of socialization: the family, the educational system, the media, culture, the community, the institutions, etc.

This socialization is maintained throughout life. Through interactions with others, one learns and internalizes the values, attitudes, expectations and behaviors of each society in order to function within it.

Differential socialization between women and men

Walker and Barton’s theory of differential socialization (1983) explains how people, in their process of initiation into social and cultural life and from the influence of socializing agents, acquire differential gender identities that involve attitudes, behaviors, moral codes and stereotyped norms of behavior assigned to each gender.

The key to the differential socialization process is the congruence between the messages issued by all the socialization agents . This facilitates the assumption and internalisation by each individual to the point of considering that it is something of his own, of his personality, producing that he thinks and behaves in accordance. In this way, boys and girls will assume from childhood the traditional male and female roles as their own.

Men are repressed in the affective sphere by fostering freedoms, talent and diverse ambitions that facilitate self-promotion. They receive enough stimulus and little protection, which orientates them towards action, the exterior, the macrosocial and independence. Men are instilled with the value of work as a priority and defining obligation of their condition.

In the case of girls, the process of socialization in the traditional female role is focused on preparing them for reproduction and keeping them in the private sphere. It is expected that their successes will come from this environment, which will be both their source of gratification and their self-esteem.

In the opposite way to men, their freedoms, talents and ambitions are repressed that facilitate self-promotion, fostering the affective sphere. They receive little encouragement and quite a lot of protection, which orientates them towards intimacy, the interior, the micro-social, dependence and the value of work is not instilled in them as a priority or defining obligation of their condition.

All these values and norms are called gender mandates , that is, those implicit social norms that do not reflect what men and women are, but how they should be and what is expected from each one of them.

The process of differential socialization according to gender occurs through different reinforcements and models. Differential reinforcement occurs when men and women are rewarded or punished for different behaviours , interests or expression of emotions.

Much of this learning takes place in the first years of life through modeling, that is, learning by observing other people’s behaviors and the consequences that those behaviors have for the model.

This normative and informative influence is produced through the socialization agents. The main socialising agents are:

The first models that the child is going to have are the members of his/her family and they have an important role in the first stage of life as transmitters of behaviours, values, etc., through modelling and emotional learning. Various studies indicate that the most important role of the family lies in the regulation of activities classified according to sex.

The educational system is the social structure that best reflects the dominant beliefs and values . Its influence on the maintenance of differences is produced through the hidden curriculum and the processes of social interaction that take place in the educational system.

There are four aspects of differential socialization that contribute to the hidden curriculum: the distribution of men and women in the educational system, which acts as a role model for students; educational materials and textbooks, which tend to reproduce gender stereotypes; school organization and practices, which reproduce traditional gendered activity choices; and teacher expectations and attitudes, which affect students’ expectations of themselves.

To achieve the elimination of gender-based inequalities, it is necessary to understand that the origin of inequality is based on differential socialization and that such socialization is a process that is self-justifying; that is, it causes men and women to behave differently and to carry out their activities in different areas.

Differential socialization contributes to confirm the belief that the sexes are different and to justify the need to continue perpetuating socially constructed differences.

Since the key to continuing to maintain this differential process is congruence between the messages that socialization agents send out, it would be useful to use them as a path for change and to promote through the same congruent messages that eliminate gender-based inequalities.