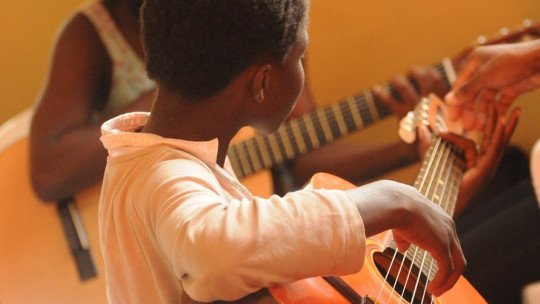 One of the behavior modification techniques systematized by Burrhus F. Skinner in the process of developing his operating learning paradigm, which is based on the association of certain responses with obtaining reinforcers or punishments. In this article we will analyze what chaining is, how it is applied and what types exist .

Chaining is a behavioural technique that is part of the paradigm of learning by doing . It is used to develop new chains of behavior (that is, complex sequences composed of a pre-established series of simple responses) from other behaviors that are already in the subject’s repertoire.

Some typical examples of learning that can be developed through this technique are those that allow for elaborate behaviors such as playing a musical instrument or driving a vehicle. Chaining is often used to teach basic skills to children with special needs , such as putting on clothes or washing themselves without assistance.

The responses that make up the behavioral chain act as conditioned reinforcers of previous behavior and as discriminating stimuli of the next. There are two logical exceptions to this: the first response, which does not reinforce any other, and the last, which does not act as a signal for subsequent behavior.

A similar operating technique is molding, also known as the “method of successive approximations. The central difference lies in the fact that in shaping a behaviour is progressively refined using differential reinforcement, whereas shaping consists of combining a series of responses in a given order.

How to apply this operating technique

In order to use chaining properly, it is very important to take into account a series of recommendations. Firstly, it is advisable, as far as possible, to select behaviours that the trainee already masters in order to maximise the effectiveness of the procedure; furthermore, these should be as simple as possible or be divided into simpler segments.

The behaviours, or links in the chain, that are necessary and that the subject does not master must be developed during the process. Some operating techniques that may be helpful in this regard are molding, modeling, physical guidance, and verbal instruction.

It is preferable that the reinforcement be of a social type , such as congratulations and smiles, rather than material, since the behaviours acquired thanks to this kind of reinforcers are maintained to a greater extent. It is also important to use fading in order to eliminate supportive behaviours that may have been learned collaterally from the chain.

The 5 types of chaining

Chaining can be applied in several different ways. Firstly a distinction must be made between total and partial task chaining ; in one the trainee must execute all the steps of the behavioural sequence in each test, while in the other the chain is divided into several segments and these are taught separately before combining them.

Partial task chaining can be subdivided into four different types : forward chaining, backward chaining, pure partial and progressive partial. Let’s see what each of them consists of.

The basic type of chaining corresponds roughly to the procedures we have described so far. In these cases the learner carries out in order all the behaviours that make up the chain in each of the training exercises. Reinforcement is provided once the behavioural sequence has been completed.

In this type of partial chaining, behaviours are taught one by one, starting the chain again each time a new segment is added. Thus, first the first link is executed and a reinforcement is obtained ; then the first behaviour of the chain is carried out again and then the second, and so on.

The partial backward chaining is carried out in the opposite way to the previous type, although the scheme is very similar: the person executes the last response of the chain and gets a reinforcement; then he has to do the same with the penultimate one and then with the last one again to get the reinforcement, etc.

In pure partial chaining, behaviors are taught one by one, usually in a linear order (like forward chaining). In this case it is not necessary to execute any other response from the chain except the one being worked on to achieve the booster, although integration should eventually occur.

This type of chaining is similar to the previous one although the reinforcement is more gradual, as the name suggests. It would consist, for example, in rewarding the execution of the first behaviour in the chain, then the second, then the combination of both, then the third…, until the reinforcement of the whole chain is achieved.