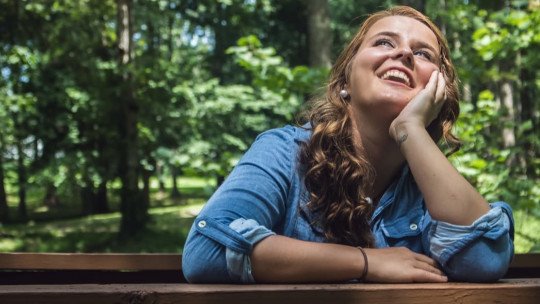 If you’re a regular in nature documentaries, you’ve probably noticed that animals do all sorts of strange things to better adapt to the environment. One of the most striking strategies used to survive in environments with biological diversity, for example, is imitating other species .

Representatives of this example range from butterflies that pretend to have a face on their extended wings to harmless snakes that have evolved to resemble deadly stinging vipers. As flashy as it may seem to maintain this kind of disguise, what is clear is that it works for them: otherwise natural evolution would not have carved their masks with such precision.

This ability to imitate other organisms is known as mimicry, and human beings also make use of it, although we are not used to realizing it. This phenomenon is known as the chameleon effect .

What is the chameleon effect?

The tendency to unconsciously imitate the people we are relating to is known as the “chameleon effect”.

The existence of this pattern of behavior is well documented, and it seems to be triggered by the simple perception of the other person. As soon as we come into contact with them, we have a good chance of starting to imitate their tone of voice, posture and other subtle aspects related to non-verbal language.

It is believed that the reason for the chameleon effect is to establish something similar to a synchrony with the other person that allows to please them more and facilitate communication. In addition, more empathic people tend to be more involved in the task of imitating the interlocutor. On the other hand, it is very likely that in this curious phenomenon mirror neurons are directly involved.

The drawbacks of unconscious mimicry

However, the chameleon effect is a double-edged sword. Not only are the positive aspects of the other person imitated, those that predispose one to have a communicative and open attitude: the negative aspects are also imitated . In other words, our tendency towards establishing synchronicity with the interlocutor does not consist in using a non-verbal language and a determined voice to fall in love with the other person, on the contrary.

Because of the flexibility required to deal with many people in many different moods, the chameleon effect involves replicating the parts of the other’s behavior, whether friendly or not . This can be harmful to us, as recent research has shown.

In this experiment, a simulated telephone interview was conducted with a number of female job candidates. The questions were recorded, and were formulated in a negative tone of voice (previously these recordings had been evaluated on the “enthusiasm-boring”, “positive-negative” and “cold-warm” scales). Throughout the job interviews, it was confirmed that the candidates tended to imitate the tone of voice of the recordings , although none of them realized it.

Moreover, adopting a negative voice in the whole significantly damaged the impression they made on a jury evaluating them as potential employees. This creates a vicious circle or, in this case, a self-fulfilling prophecy: the interviewer who has low expectations of being satisfied with the candidate uses a negative voice whole. The candidate, in turn, makes that tone of voice his or her own and makes the interviewer reaffirm his or her prejudices, when in fact he or she is only seeing a reflection of his or her own communicative disposition. And all this happens, of course, without either of them realizing how irrational this dynamic is.

Its application in marketing

It is clear that although the chameleon effect is reminiscent of the mimicry used by some small animal species, its function is not the same. In the first case the aim is to survive, while in the second… it’s not clear. In fact, it could be that this tendency to unconsciously imitate has no use ; after all, not all the characteristics that have emerged from biological evolution are practical.

However, there is one area in which this mimicry is used as a resource: that of sales. Experienced salespeople learn to imitate the gestures, rhythms and even postures of their interlocutors in order to convince them better by creating a “state of mutual understanding” . Whether this measure is really effective or not is, in any case, highly debatable.

Neuromarketing: your brain knows what it wants to buy