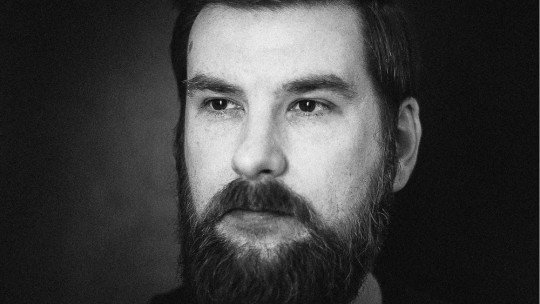 Dreams, mental manifestations that happen while we sleep and that, although it has been demonstrated that they are associated with a re-elaboration of the information of the memory and the emotions, still harbor numerous enigmas and mysteries.

Better or worse, dreams play an essential role in our mental health. So what would happen if we stopped dreaming? A similar phenomenon occurs with Charcot-Wilbrand syndrome , which we will discuss throughout this article.

Charcot-Wilbrand syndrome is a rare neurological condition in which the person who suffers from it experiences the feeling that he or she has lost the ability to dream . However, what really happens is that the patient suffers from a visual agnosia accompanied by the loss of the ability to remember mentally or the recovery of images in the mind; since according to studies the processes of REM sleep remain intact.

During the time we are asleep, our brain activity goes through five different phases. The last of these, known as the REM sleep phase (translated as Rapid Eye Movement) is characterized by intense brain activity. Thanks to this activity we can dream and our brain is able to capture information from our environment even when we are asleep.

Although at first glance it may seem that Charcot-Wilbrand syndrome is caused by some kind of abnormality in the brain activity of this phase, the truth is that studies point to the idea that, in reality, a lesion in the occipital lobe may be the main genesis of this sleep disorder or disorder.

The condition is named after case studies conducted by neurologist Jean-Martin Charcot and ophthalmology researcher Hermann Wilbrand. Although they worked separately, each made important contributions to the study of this syndrome.

As for Charcot’s research, it helped to determine that the main manifestation of the syndrome is the lack of ability to remember the images produced in dreams. Which implies the discovery that the person can dream, but is unable to remember it. As for Wilbrand’s contribution, it revolves around the discovery of the presence of agnosias as possible side conditions.

Charcot-Wilbrand syndrome is considered a rare condition because it has very little incidence in the population. Although this implies a lack of studies investigating it, it has been recognized as a condition related to focal brain damage.

Although patients with this syndrome do not tend to suffer from a serious clinical picture or harmful effects derived from the clinical picture, it is hypothesized that dreams favour some relatively important functions for the person’s mental health. Among these benefits is the ability of dreams to favour learning processes .

There are two different classifications that include the symptoms of Charcot-Wilbrand syndrome . The first of these is based on the studies carried out by the researchers of the syndrome described above. While the second classification, much more current, is based on the type of injury that causes it and on the analysis of the REM sleep of the patients.

From the first studies, the symptomatology of Charcot-Wilbrand syndrome was reduced to the following symptoms:

However, the most recent studies describe the clinical picture of this syndrome based on the type of injury and the evaluation of the patients’ REM sleep. These case studies were carried out by means of tests such as polysomnography , which studies multiple parameters of sleep, accompanied by the determination of patterns in the stages of sleep.

In conclusion, the new definition of the symptoms of Charcot-Wilbrand syndrome is specified as an association between the loss of the ability to evoke visual images or memories which is translated or manifested as a loss of dreams.

In those patients who experience a loss of visual images during sleep, it has been possible to identify a series of injuries due to acute onset of thrombosis, bleeding, trauma or carbon monoxide poisoning, thus establishing them as possible causes of Charcot-Wilbrand syndrome.

In addition, other conditions or conditions that have a more gradual development, such as the appearance of tumor masses in the brain tissue or an abnormal embryonic development of the corpus callosum have also been associated with this syndrome. Cases of Charcot-Williams have also been found among some patients with Alzheimer’s disease and Turner syndrome.

As for the location of brain injuries, the damage is most frequently located in the lateral or mesial (middle) occipital-temporal areas of the brain and almost always bilaterally. However, no more exact or precise location could be found at present.

Because of the nature of this condition, there is no specific or effective treatment for Charcot-Wilbrand syndrome yet. However, there have been cases where there is a gradual recovery of the ability to recall dreams.

Although the exact cause of recovery has not yet been determined, it will depend on the severity of the brain damage as well as the primary cause of the disease. Depending on these factors, the patient may experience full recovery, partial recovery, or no remission of symptoms at all.