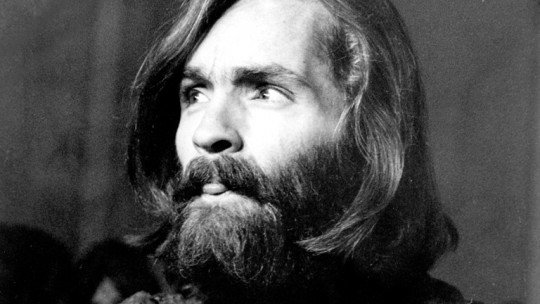 Throughout history, many murderers are remembered for their macabre acts and the brutality of their crimes, but there are few who have the charisma and influence of Charles Manson .

This man, better known as the founder and leader of the sect known as “The Manson Family,” got his followers to commit a series of crimes with the idea that their actions would accelerate a race war that would happen at any moment. Among his victims is the actress Sharon Tate , who was also the wife of the well-known film director Roman Polanski.

To this day, despite being imprisoned, Charles Manson still has a large following. His popularity is such that the singer Marilyn Manson, was inspired by him to get his artistic name, which is the union between the names of Marilyn Monroe and Charles Manson.

A life marked by crime and delinquency

Charles Manson was born on November 12, 1934, in Cincinnati, Ohio (United States), and his mother was only 16 years old when she gave birth. His life was always marked by crime and robbery , and he did not have an easy childhood. Her parent was an alcoholic and, according to Manson himself, one day he gave her to a childless waitress in exchange for a jug of beer. It was his uncle who had to get him back a few days later.

Both Manson’s mother and brother have a criminal record , and were sentenced to 5 years in prison for robbing a gas station in Charleston (Virginia) in 1939. This resulted in Manson ending up in a home for homeless children. Later, Manson would try to return home, but his mother refused.

Manson began to commit crimes at a very young age, and at 13 made his first arrest for robbing a grocery store ; but he was a handy guy, and after 4 days he escaped from the correctional facility. After several arrests and escapes for stealing vehicles, he returned to prison in 1967 for check forgery. In prison, Manson began to study esotericism and oriental philosophy . At that time, Manson had already been married and divorced twice. He had two children with two different women.

The Manson Family: A Killer Sect

Manson was released from prison in 1967 and moved to San Francisco, where he practically lived like a beggar until he met Mary Brunner, a 23-year-old library assistant at Berkeley University. His power of seduction and manipulation was such that he went to live with her. Manson’s personality aroused praise among his future followers , who referred to him as “the magician”. Perhaps that is why, a few months after settling in Brunner’s house, both of them shared a flat (Brunner’s flat) with 18 women .

In those years, the city of San Francisco was the base of the “Hippie” movement, and Manson quickly established himself as a guru who, thanks to his power of persuasion, would soon have his first group of followers. They received the name “The Manson Family. It is important to note that most of these followers were women. That same year, Brunner became pregnant by Manson, which would be his third child.

The following year, Charles Manson established his lair at Spahn Ranch in the Valley of California. The Manson family did not pay rent because he ordered his followers to have intimate relations with the owner , who was almost blind.

This seemingly harmless group of individuals would go down in history for the murder of several people under Charles Manson. Although Manson did not get blood on his hands , his ideas were the reason why The Family decided to take the lives of its victims.

Manson believed that a race war was coming , as he interpreted in a Beatles song, “Helter Skelter”. That was the name of the song and also its prophecy. Manson thought that black men would rebel against white men and win the battle. But since blacks could not hold on to power, because they were considered inferior, then Manson would be the leader of the world .

Eventually Charles Manson became impatient. Seeing that black individuals were not making any moves, decided to advance the race war by committing a series of murders in which they would leave evidence at the crime scene to frame the “Black Panthers”

The most prominent murder committed by The Manson Family is that of actress and model Sharon Tate, who was only 26 years old and pregnant. She was only two weeks away from having her baby with film director Roman Polanski.

Oddly enough, that day, he was having dinner with a group of friends when they decided to go to his mansion. That’s where the crime was committed. Four members of “The Family”, robbed the house and perpetrated a terrible multiple murder . The murderers were: Charles Watson, Patricia Krenwinkel, Susan Atkins and Linda Kasabian.

How the events occurred

A few months before this multiple murder, Bobby Beausoleil, a member of The Family, murdered the musician Gary Hinman after trying to get him to hand over money he had inherited. At the scene, the cult members wrote on the wall, with the victim’s own blood, “Political piggy”, and drew a panther’s leg, symbol of the Black Panther movement .

Beausoleil was arrested a few months later. This prompted Manson to tell The Family that it was time to act. And while it is not known for certain, it appears that he ordered the murder of Terry Melcher, a music producer with whom Manson had come into contact through his brief relationship with a Beach Boys drummer. Manson wanted to show that he had musical talent, but Melcher didn’t give him the opportunity.

So the four assassins went to the alleged house of Melcher , but he no longer lived there, but it was the new home of Roman Polanski and Sharon Tate. In the house Tate was with some friends (Polanski was in London shooting a film). In that place they ended the life of 4 people, and especially sad was the murder of Sharon Tate, who after asking to be kidnapped and killed after the birth of her son, was murdered by Susan Atkin, who stabbed her several times. Atkins, wearing a towel soaked in Tate’s blood, wrote the word “Pig” on a door of the house.

A few days later, Manson ordered the murder of Leno and Rosemary LaBianca. When they arrived at the couple’s home, Manson tied them up and Leslie Van Houten took it upon herself to kill them

You can learn more about the history of Charles Manson in this video:

Charles Manson is undoubtedly one of the most notorious killers. He is currently serving a sentence, but still has a large following .In addition, Manson has inspired several series or films because of his history and his personality.

Few people in the world are capable of indoctrinating normal individuals and turning them into killers . Their charisma and their skills of manipulation and persuasion are a reality. His popularity has been such that an album of his songs was even released while he was in prison.

On the other hand, it has also been noticeable that even after he was convicted and a vision of him explained from the point of view of the police and justice was spread, Charles Manson has continued to generate admiration, especially among young people.

It should be borne in mind that part of this phenomenon can be attributed simply to the fact that it is known by millions of people, but that does not detract from the fact that it is disturbing to what extent we are capable of idolising people who break all the minimum social rules for ensuring coexistence. There are certain contexts that can be interpreted as justifications of criminal conduct , making it positively valued and a motive for devotion or even love.

You can listen to his music in this audiovisual content: