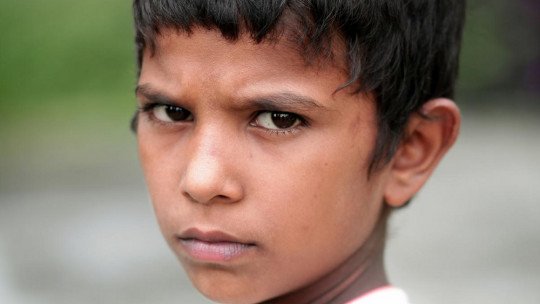 Knowing the anxiety disorders that occur in childhood is very important, given the delicate stage of life that children go through.

In this article we will see what these disorders are and how they can be treated.

Types of Anxiety Disorders in Children

Children and adolescents, just like adults, can present symptoms of anxiety and, despite the similarities, the consequences can be more harmful as they run the risk of affecting their socio-emotional development and even becoming chronic and more severe.

That’s why it’s important to detect any signs of childhood anxiety early on. Situations such as changing schools, going to high school, the birth of a sibling, separation from parents, the loss of a family member or moving to another city can all cause anxiety. On the other hand, generalized anxiety disorder has a higher incidence, but separation anxiety disorder is very common and specific to children.

Anxiety disorders that appear during childhood can be classified into the following categories.

Generalized anxiety disorder is defined clinically, in both children and adults, as an exacerbated and difficult to control worry in many situations, present most days for at least six months.

According to the DSM IV Manual of Psychiatry, anxiety is associated with three or more of the following symptoms: restlessness or impatience, ease of fatigue, difficulty concentrating or blank thinking, irritability, muscle tension and sleep disturbances.

Children and adolescents with this disorder are often conformist, perfectionist and unsure of themselves, and anxiety may be accompanied by headache and muscle pain , nausea, diarrhea, irritable bowel syndrome and other symptoms of physical discomfort.

During childhood it is common to feel anxiety when separating from attachment figures. Normally this fear appears at six months and intensifies at two years, responding to an adaptive need since it constitutes a protection mechanism in the face of the dangers of the environment. However, if the anxiety is disproportionate based on the child’s evolutionary development and/or affects his or her functioning, we may be facing a separation anxiety disorder.

It is the most frequent anxiety disorder in children under 12 years of age and of the earliest onset, affecting about 4% of children and 1.6% of adolescents . The presence of this pathology decreases with age, but the concerns of those who suffer from it also change. Thus, adolescents with separation anxiety disorder express more catastrophic concerns, for example, accidents, kidnappings or the death of the attachment figure.

What processes are involved in the emergence and maintenance of TAS?

The learning deficits, that is, the lack of separation, prevent the child from getting used to being without the parents . In order to eliminate the fear of separation, it is necessary to gradually increase the frequency and duration of the experiences in which the child is far from the figures of attachment. Therefore, if the child is not exposed to these situations in a natural environment, the fear may persist.

Traumatic or unexpected experiences of separation , such as the divorce of parents, schooling, hospitalization of an attachment figure or the death of a close person, can also give rise to anxiety and even trigger the disorder.

Finally, positive reinforcement is one of the most influential factors in the onset and maintenance of the disorder. If the parental figures reward excessive attachment and dependency behaviours , the child will associate them with the reward received, whether it is the attention or the simple presence of the parents.

Because an anxiety disorder can be disabling to those who suffer from it in the short and long term, it is necessary to intervene as soon as possible and not be guided by the thought that it is a phase or that it will pass away by itself.

In the case of child anxiety, according to the Society of Clinical Psychology of Children and Adolescents of the APA (American Psychiatric Association), the best established treatment is cognitive-behavioral therapy , which should be the first therapeutic choice. Its effectiveness has been demonstrated in individual treatments with the child and parents and in group treatments in the family and school environment. Specifically, the three most used procedures are exposure, cognitive techniques and relaxation.

On the one hand, gradual exposure, live or in imagination , is the main component of cognitive-behavioral therapy.

Training in self-instruction is also a fundamental part of the therapy, and consists of modifying the child’s internal verbalizations to replace them with others that allow him/her to confront the anxiety.

With regard to relaxation, the most widely used method is that of progressive relaxation, according to which the reduction of body tension will relieve the subjective sensations of anxiety. It is also a coping strategy that will help the young person to maintain anxiety at sustainable levels.

In addition, in the last decades several programs have been developed for parents and children with the aim of preventing and treating specific childhood anxiety disorders .

The guide “Coping Cat” or The Brave Cat is especially useful for teaching parents to educate without overprotecting and to promote the autonomy of the child. It consists of a program divided into two phases in which on the one hand we work with the parents and on the other hand we carry out individual sessions with the child dealing with tasks such as psychoeducation, relaxation, exposure, cognitive restructuring, problem solving and self-control.

We can also find the FRIENDS program, divided into four versions according to the age of the child , and the FORTIUS program which, based on the Olympic motto “Citius, Altius, Fortius” (faster, higher, stronger), teaches children from 8 to 12 years old to face difficult situations and to control negative emotions.

These programs based on cognitive-behavioral therapy are adapted to the peculiarities of children and adolescents and to the characteristics of behavioral disorders at these ages, something that greatly benefits the child population.