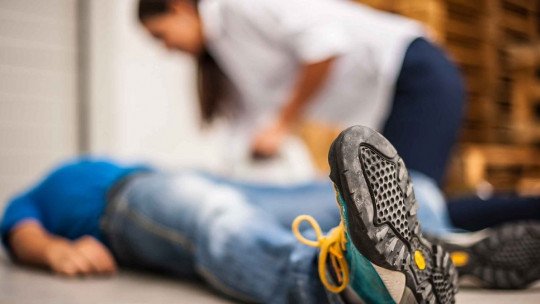 There are multiple neurotransmitters that have an effect on our organism, regulating our psyche and our behavior. One of the main ones is acetylcholine , which is fundamental in the activity of the cerebral cortex and in the performance of a large number of mental and physical processes. Examples of this are attention, awareness, memory and muscle activation.

However, an excess of this substance can be dangerous or even deadly, and the set of alterations known as cholinergic syndrome can arise.

What is cholinergic syndrome?

Cholinergic syndrome is the name given to the set of alterations or symptoms generated by the stimulation of the various acetylcholine receptors in the body in the face of an excess of this substance. Poisoning is produced, generally as a result of exposure to or administration of external substances which generate this excess.

Among them, the overdose of certain drugs with cholinergic action such as pilocarpine (a glaucoma drug also used to treat dry mouth in various disorders), betanechol (used in megacolon and vesicular problems) or medications that inhibit anticholinesterase such as those used to combat Alzheimer’s (for example rivastigmine), in the face of their excessive use and in excessive quantities in relation to the time in which they act on the body.

It can also be caused by poisoning from pesticides and insecticides. We can also find cases derived from excesses of nicotine or from the consumption of some specific mushrooms and fungi such as amanita muscaria.

Cholinergic syndrome is potentially life-threatening, necessarily requiring medical attention. The most common symptoms are the exaggerated secretion of fluids (saliva, tears, sweat, mucus and mucous at the level of the respiratory tract…), muscle pain and paralysis (which may include the muscles that allow breathing) and cardiorespiratory disorders.

They tend to appear initially as tachycardias that may evolve into bradycardias (i.e. accelerations of the heart rhythm that may become slowed) and breathing difficulties (including bronchospasms that impede the passage of air to the lungs) that may end in cardiorespiratory arrest and death in the absence of assisted breathing . Vomiting, lethargy and confusion and diarrhoea are also common.

Main symptoms according to the activation of specific receptors

Acetylcholine has different receptors within the nervous system, most notably the nicotinic and muscarinic receptors. In this sense, cholinergic syndrome may appear in which only one of the types of receptors is affected, or it may follow a process depending on the type of receptors that are activated. Generally, the following sequence occurs.

This type of cholinergic syndrome is characterized by the presence of muscular pain, cramps and paralysis, tachycardia and hypertension which may be followed by bradycardia, hyperglycemia and excess calcium. Also very characteristic is the presence of mydriasis (i.e. pupil dilation) in the first moments of acute intoxication.

However, this mydriasis is only initial, as over time the sympathetic nervous system is activated to produce myosis (abnormal pupil contraction). The muscles are weakened and reflexes are lost.

In this stage of the syndrome the effect is due to the excess activation of the muscarinic receptors. Myosis or pupil contraction, blurred vision, decreased heart rate or bradycardia, tearing, sialorrhea (excessive salivation), incontinence, nausea and vomiting and respiratory problems that could lead to respiratory arrest appear. Hypothermia and problems such as hypotension also occur.

It is common for the neurological syndrome to appear in addition to those previously mentioned, consisting of the appearance of headache, irritability, hypothermia , alteration of consciousness that can lead to coma, convulsions, cardiorespiratory depressions and even death.

As indicated above, cholinergic syndrome requires immediate medical treatment because of its potential to cause death.

The first step is to stabilize the patient in terms of keeping his or her heart and breathing rhythm under control and, if necessary, to use life support measures and even assisted breathing. Oxygen administration is essential. In severe cases, the patient may need to be intubated and excess secretions removed by this or other means.

Later on at the pharmacological level the administration of atropine is usually seen as a solution for the muscarinic symptoms together with substances that reactivate or enhance cholinesterases (the natural enzymes that degrade acetylcholine in our body) to relieve nicotine symptoms. The use of diazepam or other tranquilizers may be required in cases where seizures occur in order to decrease the level of activation.