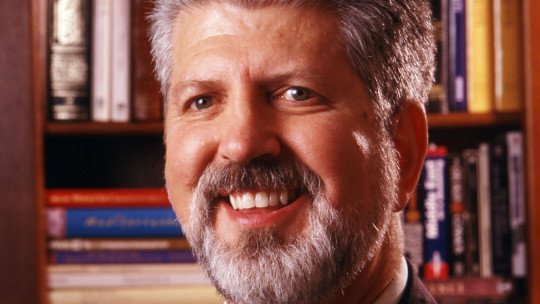 The study of the human personality has been carried out from very different approaches and through different strategies. Today we know that personality traits are characteristics that are elaborated and solidified throughout our development, based on an innate biological predisposition.

The fact is that part of our personality and the traits that shape us are inherited from our ancestors. Claude Robert Cloninger is one of the many authors who have developed a theoretical model regarding the structure of personality, based on psychobiology. In this article we will briefly review the biography of Cloninger and his contributions to the world of psychiatry and personality psychology.

Claude Robert Cloninger was born in the Texas community of Beaumont on April 4, 1944. He is the son of Morris Cloninger, a businessman and English teacher, and Marie Concetta’s actress Mazzagatti Cloninger. His family of origin shows great interest in the artistic field, having been patrons of various associations linked to different arts and having taught him, in the author’s own words, to live coherently.

Robert Cloninger was initially trained at the University of Texas , entering it in 1962. There, he did pre-medical studies and also trained in psychology, anthropology and philosophy. He would finish his studies at this university in 1966.

He later joined the University of Washington, where he deepened his study and research in the health field and carried out a research fellowship in preventive medicine and public health.

In 1969 he began to take an interest and do research together with Samuel Guze in the field of psychiatry, specifically on the reasons why some mental disorders are often replicated by different members of the same families. This would also lead him to work in the field of genetic and cultural transmission , carrying out different studies on this subject. He studied these studies in depth in different locations and together with other great researchers.

This author has been prolific and has conducted numerous investigations on various topics. He has published many articles and books and has been awarded prizes such as the Adolf Meyer Prize by such recognized institutions as the American Psychiatric Association (or APA).

Thus, his interests have focused on aspects such as personality traits , biological and environmental factors that facilitate and/or regulate mental disorders or well-being, genetics and anthropology. He has also expressed his interest in the study of human needs and how these influence our personality, self-concept and well-being.

Cloninger and the study of personality

One of Cloninger’s greatest and best known contributions to the field of psychology is his studies of personality, both in healthy subjects and in individuals with different personality disorders.

Specifically, the model proposed by the author stands out, which proposes that personality is a system of behavior models derived from the functioning of the neurochemical systems of our body and from social learning, both working together in the management of behavior and patterns with which we usually act.

It proposes the existence of temperament as an element the integration of the functioning of the different systems of biological character that allow the organism to regulate the behavior to adapt to the environment (largely mediated by neurotransmitters). Within temperament we can find four variables that explain personality, being these the avoidance of pain, the search for novelty, the dependence of the reward of behavior and the persistence of behavior.

It also recognizes and incorporates the existence of variables in the control of behavior that are derived from learning throughout the life cycle. It is about character, which allows us to relate to ourselves and the world voluntarily based on what we have experienced. The typical variables of character in the configuration of the personality are self-direction or the capacity to control one’s own behaviour, cooperation or the capacity to relate positively to one’s peers, and self-transcendence as the aspect according to which we place ourselves in the world.

This model has been developed over a period of more than fifteen years, starting in 1986, and represents a factorial approach to personality from a biopsychosocial viewpoint. Initially, only temperamental variables were taken into account (with the exception of persistence, which was considered to be derived from the search for experience), although throughout the 1990s temperament variables were added and persistence was established as another independent temperamental variable.

Cloninger’s performance in the study of personality has not been limited to the creation of a theoretical model, but has also included the development of instruments that allow it to be evaluated.

In this respect, Cloninger developed in 1987 and later improved, together with other authors , the Three-Dimensional Personality Questionnaire or TPQ . This test is a questionnaire in which the patient or subject analysed must answer a hundred questions (whose answers can only be true or false) and through which the dimensions of temperament are analysed (avoidance of harm, dependence on reward and search for novelty)

This questionnaire would be modified and, after Cloninger considered the existence and importance of the characteristic variables, the Temperament and Character Questionnaire or TCI would be created in 1993 (which would later be revised).

Robert Cloninger is currently a professor of psychiatry, psychology and genetics at Wallace Renard. He is also director of the Center for Welfare at the University of Washington and sits on various divisions and committees at different institutions, including the Institute of Medicine of the National Academy of Sciences.