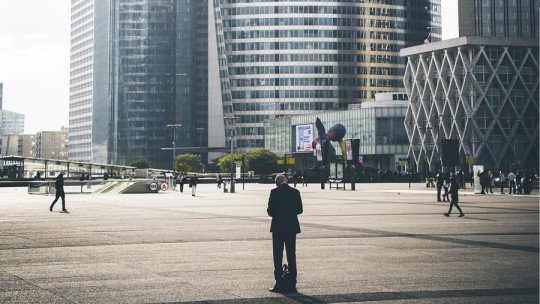 Clinical depression is well known to be one of the most frequent psychological disorders in the most industrialized or western culture countries.

However, this does not mean that human beings have more biological predispositions to simply “get sad”. In fact, if this mood alteration has become so widespread in the most industrialized countries, it is because our way of life, while capable of bringing us much well-being and a better ability to avoid death for many years, also exposes us to certain situations that make us vulnerable to depression.

Major depression: a phenomenon linked to the current way of life

The fact that depressive disorder exists in connection with the way of life in societies is nothing new, nor is it something that happens only with mood swings. Virtually all psychological problems can be promoted or weakened by how we get used to interacting with the environment and with ourselves, which depends both on the culture in which we grow and learn, and on the material reality of the countries we live in.

The differences between living in 21st century Spain and living in ancient Greece are not only reflected in our way of thinking and interpreting reality; they also have an effect on the predisposition to develop one or another psychological disorder. And in our case, it seems that we are especially exposed to clinical depression simply by living in “today’s society”.

A disorder linked to sedentarism

It’s believed that if many people today will develop clinical depression in their lifetime, it’s partly because we’re simply getting older and have our basic needs met (or at least more met than they did centuries ago).

Thus, depression would be a typical disorder of societies in which not having autonomy or being able to help oneself does not imply dying in a short time , since behind each individual there are health institutions and social support networks that provide the necessary resources to continue living. Thus, clinical depression is defined as a disorder of those who limit themselves to surviving, despite finding serious problems to justify their existence as individuals.

This makes the typical symptoms of clinical depression associated with passivity and sedentary habits. Those who suffer from this psychological phenomenon are not able to feel excited about almost anything, and do not get involved in hobbies or projects that they would have loved at another time in their lives. In addition, on many occasions their capacity to experience pleasure is diminished, something that is known as anhedonia.

It’s true that we know of ancient and even prehistoric societies in which it was not uncommon to care for people with chronic disorders throughout their lives, but it’s hard to imagine an archaic model of social organization in which it would be possible to sustain for months or years most people with depression, which in many countries today accounts for about 7% of adults.

But beyond the simple fact that in contemporary societies life expectancy has risen considerably, there are also other cultural factors frequent in the West that seem to facilitate the appearance of clinical depression . Let’s see how they do it.

These are different habits and routines that fuel clinical depression and that our current lifestyle encourages.

Our lifestyle provides us with opportunities to spend much of our day thinking over and over again about things that concern us. This vicious circle of unpleasant and intrusive thoughts is called psychological rumination , and it is one of the factors that maintain depression (a fact why, in psychotherapy, we attach great importance to helping patients fight it).

Not only is rumination fueled by free time when we have no plans and let our minds wander to a series of negative thoughts, but tools such as the Internet can constantly expose us to content that feeds our worry and despair. Let’s think for a moment about the teenager who feels bad about her body and looks for hours at pictures of models, on the one hand, and blog or social network entries from other young women who share their most pessimistic thoughts or even their desire to end their lives at some point.

Nowadays it is perfectly possible to spend several weeks without talking to practically anyone, or directly without leaving the house. This type of extreme social isolation reinforces the possibility that depression may arise and be maintained , for various reasons: deterioration of physical health, lack of references about how to deal with sadness or melancholy, lack of reasons to think that someone cares about us, etc.

Poor sleep is also surprisingly common today, and is another phenomenon that increases the risk of clinical depression. The unstructured work schedules typical of the life of the self-employed, overwork, or loneliness or lack of plans, for example, increase the possibility of not sleeping enough hours or at the right time .

The competitive mentality taken to the extreme, so typical of today’s labour market, makes us tend to constantly compare ourselves with others . This generates many opportunities for us to feel bad about our way of life and to become frustrated by not reaching unreasonable goals, even though we objectively have our physiological needs covered.

Are you looking for help in generating new habits?

If you think that your way of living is leading to a deterioration of your psychological well-being, the best thing you can do is to go for psychotherapy . We psychologists are professionals with experience in helping to generate new daily habits that allow us to aspire to greater happiness.

To see the contact details of the Centro de Psicología Begoña Fernández, the place where I work in Madrid, click here.