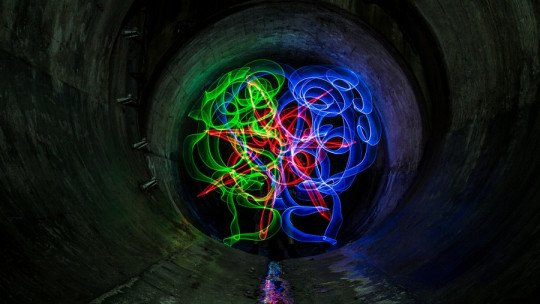 Cognition allows us to perceive our environment, learn from it and remember the information we have obtained , as well as to solve problems that arise during life or to communicate with other people.

In this article we will describe what exactly is cognition and what are the main cognitive processes.

The term “cognition” can be defined as the ability of some living beings to obtain information from their environment and, from its processing by the brain, to interpret it and give it a meaning. In this sense, cognitive processes depend on both sensory capacities and the central nervous system.

This is a concept of very broad meaning that can be broadly equated with that of “thought” . However, as we will see later on, this term can also refer to one of the processes or phases that make up cognition: reasoning, which in turn overlaps with problem solving.

In the field of psychology, cognition is understood as the processing of any kind of information through mental functions. From a historical point of view this conceptualization is derived from the traditional separation between the rational and the affective; however, nowadays emotion is often seen also as a cognitive process.

Throughout history many authors have proposed that cognition, particularly that which takes place consciously, should be the main object of study in scientific psychology.Wilhelm Wundt, Hermann Ebbinghaus or William James began to study basic cognitive processes such as memory or attention at the end of the 19th century.

Current developments in the study of cognition owe much to the theories of information processing and cognitive orientation in general, very popular since the mid-20th century. These paradigms favoured the consolidation of such relevant interdisciplinary fields as neuropsychology and cognitive neuroscience.

The faculties that compose cognition are multiple; we will stop only in some of the most general and relevant ones , such as attention, language and metacognition (or knowledge about one’s own cognition).

Likewise, and according to current knowledge, we will include emotion as a fully-fledged cognitive process.

The term “perception” refers to the capture of stimuli from the environment by the sensory organs and their transmission to higher levels of the nervous system, but also to the cognitive process by which we generate a mental representation of this information and interpret it. In this second phase, prior knowledge and attention are involved.

Attention is the general ability to focus cognitive resources on specific mental stimuli or content; therefore, it has a regulatory role in the functioning of other cognitive processes. This ability is divided into several facets, so that attention can be understood as selection, concentration, activation, vigilance or expectations.

Learning is defined as the acquisition of new information or the modification of existing mental content (together with its corresponding neurophysiological correlates). Different types of learning have been described, such as models of classical and operant conditioning, which are associated with synaptic potentiation mechanisms.

Memory is a concept closely related to learning , since it encompasses the coding, storage and retrieval of information. In these processes, structures of the limbic system such as the hippocampus, the amygdala, the fornix, the nucleus accumbens or the mammillary bodies of the thalamus are key players.

Language is the faculty that allows human beings to use complex methods of communication , both orally and in writing. From an evolutionary point of view it is considered a development of non-specific vocalizations and gestures that were used by our ancestors and that resemble those used by other animal species.

Although emotion has traditionally been separated from cognition (understood in an equivalent way to thinking), the increase in knowledge in psychology has revealed that the two processes function in a similar way . The level of activation of the sympathetic nervous system and the motivation to approach or move away from a stimulus are determining factors in the emotion.

Reasoning is a high level cognitive process that is based on the use of other more basic ones to solve problems or achieve objectives around complex aspects of reality. There are different types of reasoning depending on how we classify them; if we do it based on logical criteria we have deductive, inductive and abductive reasoning.

The popularization of social psychology, which took place in the 1960s and 1970s, led to an increased interest in the study of cognition applied to interpersonal relationships. From this perspective, transcendental models have been developed, such as the theories of attribution and the theory of schemes on the representation of knowledge.

Metacognition is the faculty that allows us to be aware of our own cognitive processes and to reflect on them. Particular attention has been paid to metacognition, since the use of strategies to enhance learning and recall is very useful to improve cognitive performance.