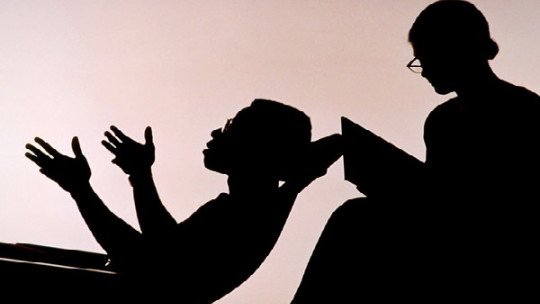 The Cognitive Behavioural Therapy is one of the most important concepts in applied psychology, since it allows us to tackle very diverse problems by applying techniques that have scientific backing. Let’s see what it consists of.

What is Cognitive Behavioral Therapy?

Within the fields of psychological intervention and clinical psychology, there are many proposals that are offered to many kinds of patients and problems. The offer is very varied, and it is easy to get lost in the jungle of labels, names and descriptions of therapeutic approaches.

However, one of these types of therapy receives special attention nowadays, both in the consulting rooms and clinics and in the psychology faculties. This is Cognitive Behavioural Therapy, a therapeutic approach which has a scientifically proven effectiveness in different types of intervention.v

If you’ve ever stopped to think about the conventional idea of what a “psychological problem” is, you may have realized that this type of problem has two sides. On the one hand, there is a material and objective side, which is recognizable by many people and can be measured by concrete scales. On the other hand, a side that responds to the subjective states of consciousness, that is, aspects of the mental and private life of the person who has the problem and that usually have a translation in emotional terms.

Cognitive Behavioral Therapy responds to the need to intervene in these two areas. And it does so by promoting itself thanks to the synergies established between the part of the intervention focused on mental processes and that which is oriented towards actions and changes in the patient’s material environment. In other words, this therapeutic orientation that acts on both acts and thoughts.

What are the foundations of this therapy?

It is considered that Cognitive Behavioral Therapy was born from the fusion of behavioral therapies and those derived from Cognitive Psychology .

On the one hand, behaviorism (and especially the radical behaviorism of B. F. Skinner) serves as an example of a comprehensive methodology that is very close to the precepts of the scientific method, which allows an objective assessment of the progress made during therapy .

On the other hand, Cognitive Therapy emphasizes the need not to renounce the consideration of mental processes that cannot be directly observed, since a great part of the usefulness of a therapy lies in the subjective well-being of the patients and this factor does not have to be able to be registered through pure analysis of behavior.

However, and although within Cognitive Behavioural Therapy in any of its forms we work with constructs that refer to the “mental world” that is not directly observable, efforts are made so that the mental elements that come into play in the diagnosis and intervention respond to well-defined categories that can be translated into quantitative variables in order to be able to make an exhaustive follow-up of the changes that are made at a subjective level.

Therefore, all kinds of esoteric and ambiguous formulations about the person’s way of thinking are avoided and category systems are created in which recurring ideas are classified within each other in classifications that respond to a single criterion.

Cognitive Behavioral Therapy is heir to certain foundations of Behavioral Psychology , such as the emphasis on learning-by-doing processes and the idea that association is a central concept in therapy. However, it incorporates the need to act, in addition to behaviour, on the person’s thoughts. Mainly, the intervention on the “mental” part focuses on the cognitive schemes and conceptual categories from which the person interprets reality.

Non-adaptive beliefs, once located, are also explored to train the client in their ability to locate day-to-day events that contradict these assumptions. Thus, if the person has problems of self-esteem, he can be taught to pay attention to the signs of admiration of his friends and family, which are a type of stimulus easily ignored when the self-image is very damaged.

In short, any type of Cognitive Behavioural Therapy is based on the idea that emotions and behavioural styles do not depend only on the physical stimuli that reach us from the environment but also on the thoughts that shape our way of perceiving both these stimuli and our own mental processes.

How do you intervene in this type of therapy?

In Cognitive Behavioral Therapy we work on teaching the recognition of the thinking styles that predispose the patient to reach conclusions that are not very useful for him/her, or dysfunctional thoughts . For this it is necessary to train the person to be able to reflect on their own way of thinking and to ask themselves which points are conflicting and which are not. In this way, the aim is to make the client more capable of questioning the categories she works with (such as “success and failure”) and detecting typical thought patterns that cause her problems.

The process by which the patient recognizes the cognitive aspects that cause him/her discomfort and can act on them is based on a performance model inspired by the Socratic dialogue . This implies that during part of the sessions of Cognitive Behavioural Therapy, the professional will give the patient the feedback necessary for him/her to detect, by him/herself, the contradictions or undesired conclusions to which his/her thinking styles and cognitive schemes lead.

The therapist does not guide the patient in this process, but rather poses questions and highlights assertions that the client himself has made so that the latter can go deeper into the study of his own thought.

The second part of Cognitive Behavioral Therapy involves intervening on the cognitive and material foci that have been detected. This involves, on the one hand, setting specific objectives to be met, and on the other, training the patient to be able to determine from his own criteria the strategies that will bring him closer to and further from these goals . Furthermore, since the goals have been defined in such a way that it can be verified in an impartial way whether they have been met or not, it is easy to measure the progress being made and the pace at which it is happening in order to take note of it and, if necessary, to introduce changes in the intervention programme.

Achieving the goals by going through a program of sessions with Cognitive Behavioral Therapy can mean, for example, significantly minimizing the effects of a phobia, ending an addiction or, abandoning an obsessive thinking style. In short, problems with a material aspect and another subjective or emotional aspect.

Cognitive Behavioural Therapy can be applied to virtually all ages , and to a wide variety of problems . For example, it is used to intervene in anxiety and phobia disorders, dysthymia, bipolar disorder, depression, etc. It can also be used as an aid in cases of neurological disorders in which it is necessary to provide support in order to know how to manage the symptoms in the best possible way, and even in psychotic disorders related to schizophrenia.

The Effectiveness of Cognitive Behavioral Therapy

Currently, Cognitive Behavioral Therapy is considered the only type of psychotherapy whose results have been validated through the scientific method . This means that its effectiveness is supported by empirical observations in which many groups of patients who have undergone treatment with Cognitive Behaviour Therapy have improved significantly more than would be expected if they had not attended therapy or had followed a programme of placebo effect.

When it is said that Cognitive Behavioral Therapy has been shown to be effective through the application of the scientific method, that means that there are powerful reasons to think that the improvement experienced by people who have tried this type of therapy is caused by the use of these psychological interventions, and not by other variables.This does not mean that 100% of the people who go to Cognitive Behavioral Therapy sessions will improve, but it does mean that a very significant portion of them will.

Furthermore, this improvement can be translated into objective and observable criteria, such as success or failure in quitting smoking. This is a characteristic that distinguishes Cognitive Behavioral Therapy from other forms of intervention, many of which, because they do not set measurable objectives under well-defined criteria, can hardly be subjected to empirical examination to determine their effectiveness through the scientific method.