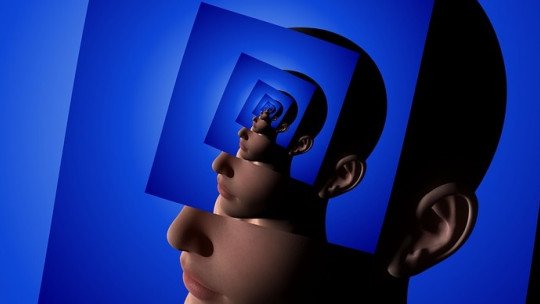 Learning, or the acquisition and assimilation of information or knowledge, is not something that occurs randomly, but people require study and repetition through exercises or experiences in order to achieve the assimilation of any subject or concept.

However, there are a number of learning techniques that can facilitate this task, one of these techniques is to use so-called cognitive maps . These cognitive maps are an excellent way of illustrating and capturing a series of ideas or knowledge so that the person can absorb and incorporate any type of information into his or her cognitive schemes.

What are cognitive maps?

A cognitive map is a strategic tool that enables the assimilation and retention of any kind of information through the graphic representation of ideas and concepts. This representation is expressed through the use of sketches, schemas or diagrams.

Naming this technique by the word “map” has a metaphorical meaning, since it is used as a kind of geographical map through which a person can unite different concepts.

These cognitive maps are established in different ways depending on the procedures for collecting, filtering and evaluating the information carried out by the person. Moreover, it is also generated according to the information load that the person collects from the context in which he/she is.

Another advantage is that they are mouldable, and can change over time as the subject adds information. They are also persistent and resistant to oblivion, as long as the person does not stop interacting with the context.

In addition to being an extremely useful tool for learning in any of the fields or subjects in which the subject may be involved, cognitive maps have a series of characteristics of their own :

Functionality of these resources

Given the relevance and advantages that cognitive maps have, they can be extremely useful for four aspects of the teaching-learning process:

As it constitutes a graphic representation of how the student’s cognitive structure is ordered, it constitutes a basic strategy when it comes to increasing and improving the management of memory and the remembrance of meanings , in order to carry out a synthesis of concepts and simplify self-assessment.

The teacher or educator can use them as a method to organize and plan the subjects or themes of the academic curriculum .

It can be very useful when comparing, assessing and analysing the advantages and disadvantages of the evaluation processes used by the teaching staff.

Cognitive maps are an excellent technique for organizing the information or material that the student must learn or assimilate .

Given the amount of functions and advantages that cognitive maps can have, they must be seen as something more than a mere tool in the form of a scheme that the student uses to organize information, showing both students and teachers the great amount of virtues and qualities that it can have in the learning field.

The external structure of the cognitive maps is the one that encompasses the fundamental elements of it. These are:

There are many pre-established variants of cognitive maps. The most popular ones are described below.

Cognitive map of the sun type

The sun type cognitive map is a scheme with a figure similar to that of a sun, which has a main theme in the center and from which concepts or ideas related to that theme are located.

The main function of this type of map is to introduce and organize a concept or theme, along with its main characteristics or descriptions.

It forms a diagram made up of cloud-shaped figures, within which the information is arranged. As in the sun map, it is based on a main idea or theme, from which the sub-themes that appear around it originate.

It is a technique when organizing and internalizing the characteristics of a particular topic.

It is a type of sketch in which the ordered information is recorded according to a chronological arrangement or by sequence , which ends up obtaining the form of a continuous series by means of the use of circles or arrows.

This is a very useful diagram to symbolize temporary or circuit information.

In this type of diagram, two different sections are established, linked by a common area. It is a very interesting technique if you want to detect principles, foundations or common ideas between two topics .

The configuration of this scheme seems to simulate the structure of a jellyfish, noting in the upper area the title of the subject or idea, followed by a series of boxes with the subtopics or divisions of ideas. Finally, the characteristics or principles of each subtopic are written down in vertical lines .

The use of this type of cognitive map is to organize the contents according to their themes, sub-themes and main ideas derived from them.