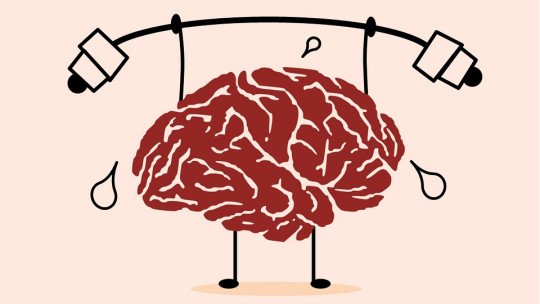 Cognitive restructuring is one of those concepts that, through the practice of psychotherapy, have become part of the great pillars of the cognitive current, the dominant paradigm in current psychology. Since the psychologist Albert Ellis established its foundations in the middle of the 20th century, this resource has become one of the great pillars of psychological intervention based on the cognitive paradigm, the dominant one today.

In this article we will see what exactly cognitive restructuring is and how it helps to map out the logic that psychotherapy has to follow. But, to answer this question we must first understand what cognitive schemes are.

The concept of cognitive schema

When understanding the complexity of the human mind, most psychologists use a concept known as cognitive schema. A cognitive schema is a set of beliefs, concepts and “mental images” that, through their way of relating to each other, create a system that shapes our way of interpreting reality and makes us more likely to act one way than another.

Thus, the cognitive schemes on which the idea of cognitive restructuring is based are, basically, the structure of our mentality , the way in which we have learned to give shape to what we think and say, and to that which leads us to behave as we normally do of our own free will.

It should be noted, however, that a cognitive schema is a useful representation of what actually happens in our brains. As a representation that is, does not exactly shape the functioning of human thought , but rather simplifies it so that it is possible for us to make hypotheses and predictions about how we act and how we interpret things.

In reality, in mental processes the content of our thoughts is not something separate from the neural “circuits” through which they pass, which means that the concept of cognitive schema does not perfectly capture the dynamic and changing character of our brain.

As we have seen, mental processes, although they have a certain stability (otherwise we could not talk about personality or cognitive schemes), are also very changeable and malleable. Cognitive restructuring takes advantage of this duality to offer a psychological intervention strategy useful for cognitive-behavioral therapies .

Specifically, the idea is that, through cognitive restructuring, we will be able to modify our way of thinking and interpret things in favour of the objective established in the therapy. Many times, a good part of the problems that patients have in psychotherapy consultations have to do with the impossibility of seeking alternative explanations for what is happening, while the ideas from which one starts lead to a dead end that causes anxiety, sadness, etc.

Thus, cognitive restructuring can be defined as a strategy used to improve the possibilities of psychotherapy patients to modify their cognitive patterns in the most adaptive way possible . In other words, it helps us not to be mere recipients of environmental influences, but to be able to shape our mentality and our habits in a way that makes us happy and allows us to live better.

Mental flexibility is not new

For some people, the idea of changing the structural aspects of our thinking for the sake of our happiness may sound too good to be true. The belief that after childhood and adolescence individuals do not change has become widespread. However, even if we don’t realize it, there are many situations that prove us wrong.

Even outside the framework of psychotherapy and cognitive restructuring, there are contexts in which we are able to act in ways that do not define us. In fact, even if it does not seem so, our mentality is constantly changing : the simple fact of being in certain contexts and not in others can make us have very different opinions and beliefs from those that would normally define us, in a matter of minutes.

For example, social pressure can lead us to carry out acts that we would never have said we would be able to carry out, as shown by the various repetitions of Milgram’s experiment. Similarly, the existence of sects based on fundamentalism shows us that all kinds of people are capable of leaving their families behind in order to devote all their efforts to making their religious community prosper.

In these cases not only people’s actions change: their thoughts also change, which become relatively consistent with what is being done , at least for a while.

In short, although sometimes we have the feeling that inside people’s heads there is a totally stable way of thinking and that shows us the essence of that particular individual, this is an illusion. What happens is that normally people try not to expose themselves to situations that lead them to face their fundamental beliefs , with which these changes in the cognitive schemes are usually slow and go unnoticed.

The hard part of psychotherapy sessions

As we have seen, in special situations our actions may not correspond to the kind of ideas and beliefs that we would say define us. The challenge is, however, in making these changes relatively stable and permanent instead of appearing only when we are in that particular type of situation, and in making them aim at the objectives pursued with the therapy , and not at any of the others.

Cognitive restructuring is just that, an effort to make our mental processes take a different course than usual, and all in a directed way, without letting chance determine what kind of changes will take place in people’s attitudes and beliefs.

On the other hand, it must also be clear that cognitive restructuring must be framed in a program that seeks to change not only beliefs, the “theory” of what a person believes. It is also necessary to modify the practice, the one that the person does in his day to day. In fact, if something shows us reality, as we have seen, it is that ideas and beliefs are not born spontaneously in our head , but they are part of our dynamic of interactions with the environment, the situations we go through. Our actions modify our environment as much as our surroundings modify the mental processes that guide them.