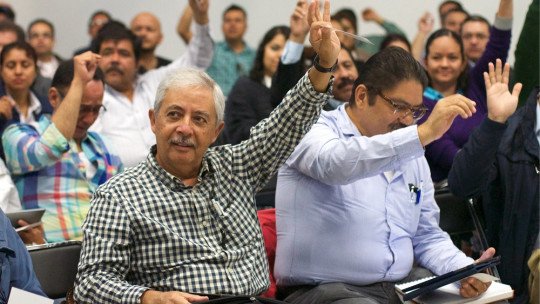 Psychology is a discipline as diverse as it is ancient and has helped us to generate many ways of understanding both our individual behavior and interpersonal relationships.

One of the branches of psychology that is especially oriented towards producing social changes and transformations from the perspective of the actors themselves is community psychology . In this article we will explain what it is, where it comes from, what are the main objectives and the field of action of this branch of psychology.

What is Community Psychology?

Community psychology, or community social psychology, is a theory and a methodology that arises in the American countries, both in the north and in the center and south, and its main objective is to produce transformations in the communities by seeking the strengthening and participation of social actors in their own environments.

Where does it come from?

It is an interdisciplinary theory because it includes an organized set of ideas and knowledge that come not only from psychology, but from other especially human and social sciences, such as anthropology, sociology or philosophy.

It is also nourished by the political activity of transformative disciplinary movements, such as anti-psychiatry or community mental health, which emerged in Italy and the United States in the mid-20th century and which pointed out or denounced some limitations of the traditional ways of doing psychology.

Similarly has important influences from revolutionary Latin American thought , such as the militant sociology promoted by the Colombian O. Fals Borda, or the popular education model of the Brazilian Paulo Freire.

As a theory, community social psychology is concerned with studying psychosocial factors, that is, both psychic and social elements specifically involved in the control and power that people exercise over themselves and their environments.

For this reason, community psychology is closely related to the concepts of power, self-management and empowerment, and is part of a current of critical transformation that assumes that society is a collective construction of the people who make it up, which in turn is influenced by that construction, and is susceptible to criticism and change (Montero, 2012).

From theory to practice

In other words, community psychology is also a methodology: from its theoretical approaches we can develop intervention strategies that promote people to be agents of change in our own environments and active agents in the detection of our needs and the solution of our problems.

This is where we can see a difference or even a distancing from traditional social and clinical psychology: it is not the interventionist, the technician, the state, religious, political or private institutions, but the social agents of the community itself who are recognized as the protagonists, the specialists and the producers of change.

Community social psychology considers that the space where a transformative relationship is needed and can be established is that in which people develop their daily life , that is, the community.

Since the community is the space where social transformations can take place, it is the actors who make up that community who should manage and produce those transformations: they are the ones who experience day by day both conflicts and agreements .

But this often does not happen, and the responsibility and capacity to generate solutions is often delegated to people or groups outside the communities, usually institutions or agents that are considered experts.

What community psychology proposes is that the approach of those who consider themselves experts or of the social institutions, although necessary at first, cannot remain in the community as the only agent of change, but rather it is a matter of promoting that it be the people of the community who strengthen self-management and promote transformation. In other words, the interventionist should promote his or her own withdrawal from the community, as long as it is external.

Thus, the aim is to develop, promote and maintain control, power, active participation and decision-making of the people who form a community (Montero, 1982). From this approach arises the concept of strengthening or empowerment, a word that was later transformed into “empowerment” because the Anglo-Saxon concept “empowerment” was transferred.

The problem with the latter is that it literally means “empowerment”, which leads us to mistakenly think that a community psychologist is the one who “has the power”, and is in charge of “distributing” that power to people who do not have it.

Empowerment or strengthening? Power and participation

In reality, the proposal of community psychology is closer to the process of empowerment, where power is not a gift or donation, but an achievement that arises from reflection, awareness and action of people according to their own interests, that is, power and empowerment are collective processes.

This implies that research in community social psychology is participatory , and the development and implementation of intervention projects take into account many (psychosocial) factors that go beyond the psychology or the personality of the individuals.

Some examples of the elements to be taken into account are geographical location, demographic data, socio-cultural characteristics , community history, daily activities, education, characteristics of the institutions, health and disease processes, resources, problems and needs, which are detected through participatory appraisals.