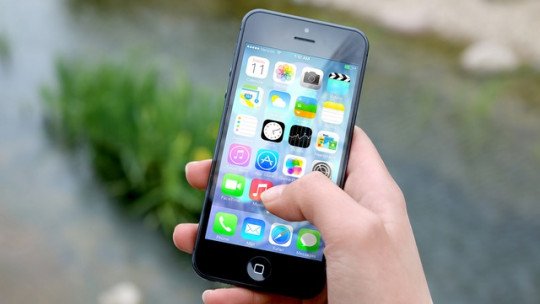 Undoubtedly, immersed in the world of information and communication technologies (ICT), social networks and various instant messaging applications – including, predominantly, WhatsApp – have transformed communication between people.

Today, we see how from any mobile device we can exchange opinions, projects and information in a comfortable, fast and instantaneous way . However, its arrival, acceptance and integration into society has not been accompanied by an awareness, a realization, that determines a correct, efficient and effective use in the communication processes, causing conflicts in a virtual environment that requires strategies for a resolution that promotes spaces for reflection, respect and assertiveness.

Interpersonal conflicts that generate the use of social networks

We live then in a social stage of great technological advances that, somehow, has forgotten that the process of communication, is a transmission and reception of ideas, information and messages, in which it is not enough to write, being pertinent to consider not only the cultural aspects of the society and the characteristics of the groups that compose it, but also, to take care of attitudes, movements of the body, easy expression, etc. We talk about the importance of non-verbal communication.

Non-verbal communication, which, according to existing studies, represents 50% of the impact and content of the message, as opposed to the scant 10% of the verbal content – the remaining 40% is assigned to paraverbal communication – which shows us the lack of body and form in these new virtual forms of communication, where the possibilities of “erring” in their intentionality can derive in conflicts, modulated by the emotional states, situations and intrapersonal characteristics of the receiver.

5 tips to avoid arguments and conflicts in social networks

Based on this, we ask ourselves what tools and/or keys we can use from the staff, the own, for an adequate and optimized use that diminishes the risk associated with it .

The simple steps that we propose will help you, without a doubt, to the objective that we pursue: an effective communication in virtual environments that promote spaces of personal and group encounters.

The limitations of social networks and instant messaging applications in the lack of the non-verbal and para-verbal components mentioned above distort the intent, content and purpose of the message. It is common to observe how the crossing of accusations, insults and value judgments about the opinions expressed in this medium leads to conflicts that are taken to the personal arena and defended as an “attack” on one’s self-esteem , beliefs and identity.

2. Recognition of emotional states and availability

Stopping for a few minutes to recognize the emotions that certain content and messages on the web and/or mobile device arouse in us, allows us to know where we are starting from emotionally and what the outcome of the communicative process may be. It is common sense to foresee that if we are altered, busy, distressed or not available for that “meeting”, it will irremediably affect the content of the message and its resolution.

The fact that immediacy in the communication process of social networks and applications is its founding premise does not mean that its attention-response maintains its same spirit. Reciprocity is not an obligation, it is a personal option that must be respected and attended to with special care.

The increase in the use of the WhatsApp application in person-to-person interactions, to the detriment of the latter, is alarming . A separate issue is the need for longitudinal studies to show its incidence and probable prognosis of inappropriate use. Nevertheless, and in view of the article in question, we should remember that the essence of the communicative process is primarily “experiential”, “live”, where we learn to identify emotional states and to empower psychological aspects that can only be significantly learned in “face-to-face” social relationships.

Not all communicative content expressed in letters, emoticons or with character limitations, it is advisable to broadcast it to our interlocutor , through virtual channels. In this aspect, sending messages with emotional content is an aspect that should be taken care of and attended to with special emphasis.

A series of situations and advice, which can be summarised in a single key point: apply common sense .

The application of the same, taking into account the knowledge, beliefs and social behaviour of the community we live in, in a prudent and logical way, will guide us to be able to communicate through ICT in a reasonable way, with clear objectives, favouring spaces for growth, meeting and fun, respecting limits and promoting states of well-being and group cohesion.