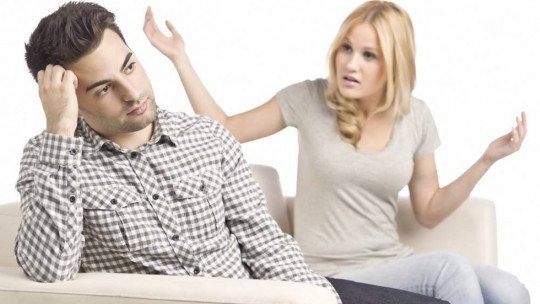 When we speak of conflicts, we can be referring to a myriad of everyday situations in which the interests of one party collide head-on with those of the other. That is the great certainty of conflict, that is, that there are two or more parties involved that approach a given situation from different perspectives. This is the problem.

Why is it a problem in itself to approach a conflict from different perspectives? In the light of this question, I think the answer may be more or less obvious. It is difficult to reach points of agreement if we do not go in the same direction. This is the key to conflict resolution .

As soon as we stop to think, we could give examples of all kinds. The student who is angry with his or her classmates because they do not get involved in the tasks assigned to them, at the same level of demand. The master or housewife, feeling the tiredness of picking up again and again the messes made by family members. The boy who is disappointed with his friends because he expected them to do at least as much for him as he would be willing to do for them. The football school coaches who think differently about how to run the school. The children of that retired couple who urge them to enjoy their existence more, even doing things that they themselves do not desire. Or the couple who cannot agree on the name they will give to their future child. The young architect, who has a fierce dispute with herself regarding her abilities, skills and/or worth. In short, conflict, conflict and more conflict.

We could determine around this type of conflict, different levels or gradients of subjective importance, because when we fall into the conflict, the dimension of it can come to cloud our perception , since other types of underlying factors come into play. The main ones are those we will see next.

1. The search for truth

One of the most common is perhaps the conflict that occurs in terms of the possession of the truth, assuming that the opposite position to ours is by contrast a lie. I remember a photo of a dress that became very popular, in which I know that it perfectly illustrated this conflict. In front of it, there were those who perceived the dress as being of a certain color, in front of others who perceived it as being of another color, being paradoxically all of them right. And in real life it doesn’t happen differently. There are few certainties that can settle the aforementioned debate, fundamentally those related to the field of exact sciences or contrasting facts, but normally we move, in general terms, much more in the field of interpretations .

Another version of this triad, would be the classic “I am right vs. you are not right”, which shows a great absence of empathy , especially when we hear it in a cafeteria in relation to the skills of a Portuguese or an Argentine, a team or another or a particular political position. When we express ourselves from personal opinions, preferences and tastes or prejudices (giving it even less rigour), it is too sterile an effort for possible reward.

3. The judge: innocent and guilty

We find another prototypical conflict in the causal attribution of blame that occurs when errors or accidents are committed. Normally, we express ourselves in terms of the self vs. you/other, as a way of exempting ourselves from the discomfort that would be generated by being guilty . But the more time we spend identifying the guilty parties, the less time we have to solve the mistake.

The last of the usual conflicts that we will analyze here is the classic conflict of trust, in which we express thoughts, in the form of beliefs that predispose us to consider whether or not “I am or am not” capable, or in another of its variants, of whether or not “I can” change or face a certain situation. Once again, as if it were any other of the conflicts evaluated, we are faced with the paralyzing dynamic that keeps us in doubt, making it difficult for us to progress towards the objectives that we truly desire.

A number of aspects are essential for the resolution of any kind of conflict:

Firstly, know how to identify the common objective that can achieve the unification of positions . In the case of marriages that are divorced and have children, it could be to identify as the common good of both, the well-being of the children.

Secondly, it is essential to adopt a favourable predisposition for the parties to assume commitments for improvement, that is, to stop looking for culprits in order to analyse and assume the responsibilities of each party that contribute to overcome the conflict.

Based on the identification of general objectives and the assumption of responsibilities, we will be in a position to build the necessary bridges or integrative proposals for solution , rather than in a position to demolish the arguments or positions of the opposing party, because we will have identified ourselves as two parts of the same thing, the conflict. Resolving it will then be the main objective.

A conflict is hardly resolved if one of the parties feels aggrieved, as it will keep its resentment or discomfort for the future, possibly generating worse consequences. It is important to generate a feeling of mutual gain , the “win to win” that English speakers say, to favour the commitment of the parties when it comes to resolving the conflict.

If we are able to internalize these approaches, we may renounce the discomforts derived from traffic fights, empty discussions or internal debates, managing to generate coordinated efforts in the form of synergies between the different parties responsible for the conflict.

If all this offers us the possibility of getting closer to our objectives , will they be crises or opportunities for improvement?