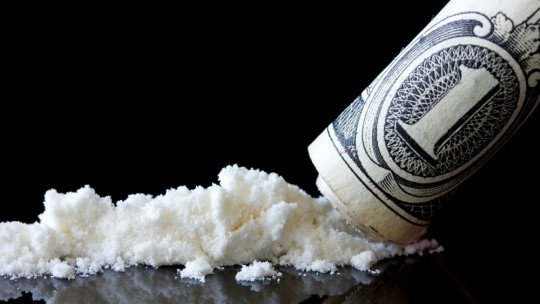 Consume, offend, consume again . Problematic consumption and the compulsive act of committing crimes can be thought of within the framework of a process of construction of subjectivity. This is a different reading from the simple idea that those who take drugs and steal are people who choose the “easy life” or the bad life.

Problematic substance use involves a relationship between a person and a drug , with a unique meaning and function. In turn, for those who also commit crimes, this way of behaving has an implied function.

We observe identities constituted on the basis of having, with repeated accounts alluding to the fact that “I am” (I am someone, I am important), “because I have” (weapons or substance, ingested or in the pocket and to be shared). Phrases such as “When I used / when I went out to steal, I was different, I felt better, more important”. More “complete”, we could add, understanding the abstinence from both compulsive acts as equivalent to a disturbing emptiness , a crisis in identity and a loss of the sense of belonging built in the groups of peers, in the corner, in the street.

An identity built by drug use

Stopping to meet with his fellow consumers represents a process of mourning , an act of disaffiliation, disassociation from the ties he has been able to build and sustain in this context. They are ties united by the shared enjoyment that consuming and delinquenting with others implies, which acts as a generator of identification that makes one belong.

If a person has felt excluded by their family, school or wider social context, they may, through consumption or crime, feel that they are part of society , for example under the label of being part of the “dangerous kids in the neighbourhood”. In this way he is seen by society, badly seen but seen at the end of the day.

Something emerges in the culture of the street

On the corner, in the street, socialization processes take place that have not been generated in other environments such as the family or the school, due to the crises that these institutions suffer, since they should integrate, contain, form and end up excluding.

Faced with the absence of other significant people, new referents are idealized, such as the leader of the band, the consumption partners or the kids on the corner. Belonging is created, which starts by consolidating some of the subjectivity.

In prison something also emerges

By conceptualizing the act of crime as a way of (and for) being someone, we can think that the fact of serving a sentence and, as many say, “owing nothing to justice” does not represent in all situations an act of liberation and freedom. In many cases, they feel that “in prison I was better off”. It is easier to transgress the law than to respect it , to give rise to the compulsive act of committing a crime than to generate new ways of binding oneself to the law and to others.

As long as the rules and social norms are not internalized, the resolution of conflicts is not thought of through words and compulsive consumption is not seen as a health problem, being free in society does not necessarily mean feeling free . On the contrary, it is a prisoner of itself, of its lack of control and its difficulty in setting limits, a prisoner of its uncontrollable repetition, and therefore it pulsates and pushes without elaboration through. Without incorporating the law, it is sought to transgress, in an uncontrollable way.

Addicts feel like prisoners on their own terms, conditioned to abide by a law they are not willing or able to respect, prisoners of their own freedom, with the magnitude of possibilities and responsibilities that freedom means.

Although it seems paradoxical, the transgression of the law is present within the prison system enabling compulsive acts, violence, addictions, among other risk situations not interpreted as such by those who carry them out. Therefore, they can make them feel free in the prison.

The meaning of life through consumption and violence

Consumption and violence are beginning to be seen as necessary and even more valued than health and freedom itself. The patterns of behaviour and thoughts constructed in the prison context are internalised in such a way that the fact of producing changes when freedom is recovered becomes a real challenge.

Consumption and delinquency end up giving a meaning to life and for this to stop having that function new meanings must be built. An integral approach will be necessary, with implications at a personal, family, social, cultural, political level, etc.

Health promotion, reduction of risk factors and strengthening of protective factors: teaching and promoting healthy living habits, new ways of resolving daily conflicts, modification of the ways of relating to others, self-observation, control of impulses and emotions, use of words instead of compulsive acts. In short, without compulsive consumption or crimes, to seek and assume new ways of being and living.