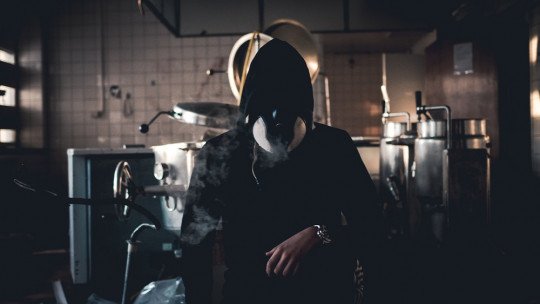 Coprophobia, also known as scatophobia, is a specific phobia whose sufferers manifest an irrational and unjustified fear of excrements.
Patients with this rare disorder suffer from high levels of anxiety when faced with a stool. Thus, they try to avoid seeing or perceiving feces whenever they can.

Although this is a rare condition, those affected by coprophobia may see their daily life altered and suffer from discomfort that requires psychological treatment.
In this summary we will review what coprophobia is, its most common causes, its symptoms and signs, and different types of intervention that can help manage it.

Coprophobia is an anxiety disorder . It is a specific phobia that is unusual and requires health and/or psychological intervention in most cases.

These subjects feel an extreme aversion to feces, appearing to have an unusual and exaggerated fear of feces. This fear may be based on certain beliefs or irrational thoughts and generates great anxiety.

Not all fears or rejection of stool can be labeled with the diagnosis of coprophobia. In fact, for the diagnosis to be reliable, certain specific symptoms and characteristics must be present. These are as follows.

The fear of stools experienced by those affected by coprophobia is clearly excessive in its intensity and in terms of the discomfort it generates . This means that, when exposed to a stool, their mind reacts with acute symptoms of anxiety and nervousness.

Faeces do not pose a real threat to humans, but individuals affected by coprophobia have distorted cognitions and perceive them as highly threatening or dangerous.

The fear generated by coprophobia is high intensity and exaggerated because it is not based on rational thoughts. These distorted cognitions generate anxiety in the face of a false threat .

Distorted and unrealistic ideas about the potential danger of faeces are the cause of the discomfort manifested by the affected subject.

Another characteristic symptom of coprophobia is that fear is uncontrollable . That is, the affected individual does not have any resources to manage the emergence of negative sensations, as well as the unwanted anxiety responses.

Fear is also characterized by being prolonged in time, that is, persistent . It is not a fear that arises in an isolated or punctual way, in a specific stage or after a specific experience.

Thus, the phobic fear of feces may not be resolved if psychological measures are not taken and clinical intervention is not performed on the patient.

Finally, the phobic fear of feces generates the main behavior of this phobia: avoidance. Subjects with this phobia try to avoid exposure to feces as much as possible, even escaping suddenly to avoid such contact.

Symptoms
Coprophobia is an anxiety disorder, since its symptoms are primarily those of an anxious patient.

The expressions that coprophobia has in the behavior and mind of the affected person can be of three types: cognitive symptoms, physical symptoms and behavioral symptoms.

The fear suffered by people with coprophobia generates the emergence of a long list of alterations in the correct functioning of their organism when the affected person is exposed to excrements.

This disorder is caused by a disruption of the normal activity of the autonomic nervous system. This increase can lead to a series of signs characteristic of anxiety , such as the following:

In addition to the physical signs, coprophobia also produces a series of cognitive disorders . These are based on irrational ideas and thoughts about the discomfort and threat posed by excrements.

These thoughts arise with greater force and intensity when the affected person is exposed to the phobic element. In addition, the physical symptoms feed back and encourage the anxiety produced by the phobic stimulus.

Finally, coprophobia also presents several behavioral symptoms . These manifestations arise in response to physical and cognitive symptoms, due to the increase in anxiety and general malaise suffered by the affected person.

The most common behaviors in this disorder are avoidance and flight. Avoidance is defined as that series of behaviors that the patient does in order not to come into contact with the feces.
On the other hand, running away is the behavior that takes place when the individual cannot avoid contact with the feces and instinctively moves away from the phobic stimulus.

Coprophobia is a phobia that can be due to different causes and risk factors.

The best treatment for this type of phobia is psychological therapy . Specifically, cognitive-behavioral therapy has been shown to be highly effective in controlling the symptoms and returning the subject to normal.

This therapy is based on progressive exposure to phobic stimuli. Slowly, the patient gets closer (throughout the therapy sessions) and accustomed to the stool and learns to manage his anxiety and the discomfort he feels.