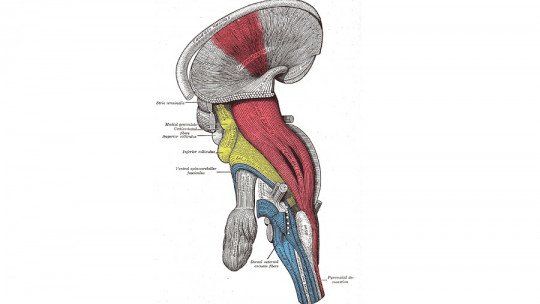 The corticospinal tract is the main voluntary motor control system of the central nervous system .

Their axons travel from the cerebral cortex to the spinal cord, and are partly responsible for enabling us to move the extremities and the trunk, and to carry out, along with other nerve tracts, finer and more precise movements.

In this article we explain what the corticospinal tract is, what its main characteristics are and the functions it performs, as well as the clinical signs and symptoms that are produced by the injury of this nervous tract.

The corticospinal route: definition and characteristics

The central nervous system is a complex network of components that allow an organism to interact with its environment . It is composed of multiple parts that perform different functions. The upper motor neurons are located in the cortex of the brain and send movement signals to the lower motor neurons that tell the muscles whether to contract or relax.

The corticospinal pathway is formed by the axons of motor neurons that travel from the motor cortexes (primary motor cortex, supplemental motor area and premotor cortex) to the spinal cord. These neurons control voluntary movements of the extremities and trunk. Small nuclei of neurons also originate in areas of the parietal lobe (ascending parietal gyrus and upper parietal cortex).

This motor system is one of the last to develop, as the fibers of the corticospinal tract end up myelinating approximately 2 years after birth. One of the characteristic aspects of this bundle of axons is the so-called pyramidal decustation : this means that a large part of the corticospinal fibres (around 75-80%) cross over to the contralateral side of the spinal cord, and the nerve fibres on the left side of the brain pass to the right hemicorpus, and vice versa.

The corticospinal pathway originates in several areas of the cerebral cortex , mainly in the primary motor cortex (Brodmann area 4) and in premotor areas (Brodmann area 6). However, they can also originate in the somatosensory cortex, the cingulate gyrus and the parietal lobe. This pathway connects these brain areas to the gray matter of the spinal cord.

About 15% of the axons do not perform pyramidal decustation and descend like the ventral corticospinal tract. In addition to the corticospinal tract, this system contains indirect pathways that project first to the motor nuclei of the brain stem, and from there to the spinal cord.

The gray matter of the spinal cord is the target of this bundle of axons. The corticospinal projections from the primary motor and premotor cortical areas are directed to the spinal motor regions, which are composed of the deeper laminae of the dorsal horn, the intermediate zone and the dorsal shaft. The corticospinal system also projects from the somatosensory cortex to the sensory processing centers in the dorsal horn and brain stem to regulate proprioceptive information generated during movement.

The corticospinal pathway plays an essential role in the control of limb and trunk movements , both in the ability and the precision of carrying them out. It is also important in the execution of the finer movements (such as the fingers), although, in that case, it requires other fibres for initiation.

It has been suggested that the corticospinal tract is also responsible for modulating the body’s sensory information, due to the connections it has with the somatosensory cortex. As we have already mentioned, the decusation of the fibers that cross the midline implies that each cerebral hemisphere fulfills the function of controlling the muscles of the extremities on the opposite side of the body, which does not occur with the muscles of the trunk.

The corticospinal pathway contains pyramidal neurons (Betz cells), from which large axons arise that innervate mainly the legs; the special characteristics of this type of neurons allow them to conduct nerve impulses at a high speed .

Lesions in this part of the nervous system

Lesions in the corticospinal tract produce a series of clinical signs and symptoms that make up the so-called pyramidal syndrome. Let’s see what they are.

A characteristic effect of a corticospinal tract injury is muscle weakness , either total (plegia) or partial (paresis), as well as clumsiness of fine movements of the hemicorpus on the same side where the spinal cord damage occurs. This weakness mainly affects the extensor muscles of the upper limbs and the flexor muscles of the lower limbs.

It is common for an increase in muscle tone or hypertonia and spasticity in the extremities to occur after injury to this nerve tract, since the fibres of the corticorreticular pathway that descends together with the pyramidal bundle are usually affected.

Injuries to the corticospinal tract can cause the presence of pathological reflexes, which are those that can only be elicited under abnormal conditions, implying an alteration of the central nervous system (e.g. Babinski’s sign).

Another clinical sign that causes an injury to the corticospinal fibres is an increase in deep reflexes. If the corticorreticular fibres are affected, hyperreflexia can occur, an increase in the area in which the reflex occurs if it is triggered by percussion beyond the area of provocation.

A diffusion of the reflexes may also occur if the response affects other muscles, apart from the one corresponding to the tendon that has been impacted, or a more violent movement if the response is multiple.

5. Other signs and symptoms

For example, the absence of surface reflexes and muscle atrophy . The latter is usually of a mild type, and is usually caused by a lack of use of the muscle due to motor weakness.