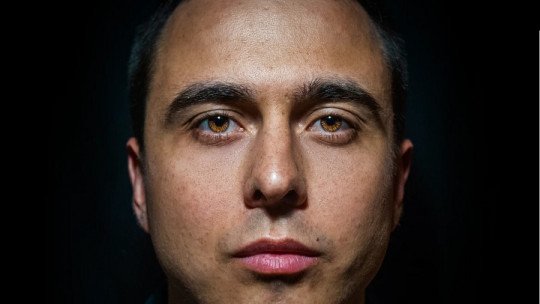 Do you know what counterfactual thinking is? And what do you know about pre-factual thinking? On the one hand, both concepts are related, and on the other hand, they are actions that are intimately related to our personality.

What is counterfactual thinking?

As we have already introduced, counterfactual thinking consists of the mental simulation of different alternatives that could have been given in the past, but that finally did not take place. For example, imagine the places where you could have worked in the world of art that was your passion, if you had not finally chosen to dedicate yourself to finance.

We have mentioned that, on the contrary, pre-factual thinking consists of the mental simulation of potential alternatives to the same situation, but which have not taken place . For example, going to an anniversary party with the family and imagining all the possible scenarios as to whether the guests will come or not, the food there will be, the gifts, etc.

In this article we are going to talk to you about the characteristics that surround the counterfactual thought, the prefactual thought, and finally a little bit about its relation with the different personality traits that can exist and be developed by the human being.

It is logical to think that the type of thoughts we develop most often in our head may depend on the type of personality we have. In turn, these thoughts can generate a series of emotions and sensations in us.

The article Looking Behind and Looking Ahead: Personality Differences in Counterfactual and Prefactual Thinking recently published in the journal Imagination, Cognition and Personality, discusses the relationship of these two types of thoughts and personality traits , and what emotions can be generated from these thoughts.

This concept of the Big Five was postulated by the British psychologist Raymond Bernard Cattell (England, March 20, 1905 – USA, February 2, 1998), whose works focused on the study of intelligence and personality.

These traits are also known as the ‘dimensions’ of personality. These five factors are as follows: factor O (linked to the ability to be open to new experiences), factor C (linked to responsibility), factor E (linked to extroversion), factor A (linked to kindness) and finally factor N (linked to neuroticism or emotional instability). If we put all the factors together, we get the acronym “OCEAN”.

On the other hand, these traits are not pure, but at the same time, each of them is formed by a set of more specific personality traits .

For example, factor A (related to kindness), in itself includes respect, tolerance and tranquility, factor C (related to a sense of responsibility), constitutes discipline, organization, and the ability to concentrate, and factor N (related to neuroticism and emotional instability) includes characteristics of obsession, insecurity, anxiety, and restlessness, among others.

How do these types of thinking relate to personality?

Thus, the article in the journal Imagination, Cognition and Personality, highlights the relationship between counterfactual and prefactual thinking and the five personality traits, and shows how people differ in their thinking depending on which personality traits they have most exacerbated.

The study showed that counterfactual thinking is more frequent in people with a high degree of neuroticism (factor N) and low friendliness (factor A).

In other words, these more sociable people have a greater tendency to imagine the possibilities of things that could have happened and yet did not. In addition, these people tend to focus their attention on avoiding possible threats, so they analyze past situations a lot.

On the contrary, the study has shown that pre-factual thinking is more frequent in people with a less neurotic tendency, greater kindness and greater extroversion.

That is, people who are less neurotic and more socially adept, tend to think more about potential alternatives to future situations that have yet to happen .

Furthermore, it has been shown that repentance for past actions can give rise to what has been called hot emotions, which are emotions of anger, frustration and shame.

Interestingly, it has also been shown that those people with a greater tendency to lie tend to generate more counterfactual thoughts . This is because some forms of lying require the imagination of an alternative to past events.

This information supports the idea that negative emotions are closely related to ‘living’ in the past and not moving forward and positive emotions are more linked to the future (future goals, dreams, potential options…).

The personality linked to thought

We have seen how counterfactual thinking is related to personality, and by extension, how personality (which encompasses emotions, feelings, abilities, skills, limitations, character, etc.) is closely linked to the type of thinking we develop.