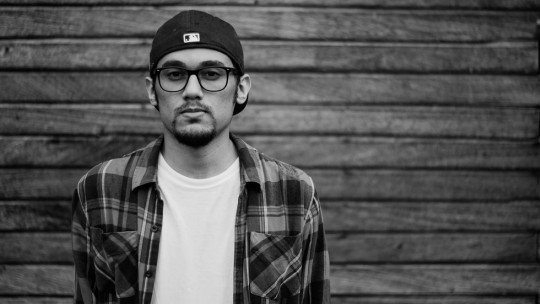 Psychological pregnancy, or pseudocyesis , is a well-known phenomenon that consists of the belief on the part of the woman that she is pregnant, even though she is not or never has been pregnant.

This psychological phenomenon also occurs, but less frequently, in men. In this case, called covada syndrome , the man who accompanies his partner during pregnancy, begins to manifest the symptoms of this, even some that she initially does not present. The main difference is that the man is always aware that he cannot really be pregnant.

Covada syndrome is also known as Couvade syndrome, an expression from the French language that refers to the act of incubation or breeding. This kind of disorder affects some men during their partner’s pregnancy . It can also occur in people close to the pregnant woman or her carers.

The syndrome consists of the appearance in men of a series of symptoms characteristic of pregnancy . It could be considered a kind of psychological pregnancy in a person who knows he is going to be a father, however he is perfectly aware that he is not really pregnant.

It is common for the first manifestations of Covada Syndrome to start around the third month of pregnancy, or as soon as the date of birth approaches. However, these usually subside naturally over the course of the pregnancy or, at most, once the baby is born.

Although it may seem a strange syndrome, it occurs in a greater or lesser degree in a large number of pregnancies, with a 10% probability when the pregnancy is normal, or even 25% of the time if it is a risk pregnancy and at least one of the symptoms of pregnancy appears in up to 72% of men who are going to be parents .

Other terms by which the syndrome of the covada is known are pregnancy by imitation, empathic pregnancy or even solidarity pregnancy .

Covada syndrome can have as many symptoms as a pregnant woman can have. The most common symptoms in men are dizziness, nausea and vomiting .

There is a possibility that man may increase his weight significantly, increase his sensory sensitivity or experience sudden changes in his mood or temperament.

Likewise, the man may feel a series of cravings , sometimes in tune with those experienced by the woman; abdominal pains or dental ailments.

This long record of symptoms are perceived as real by man, even though there is no real underlying physical cause for them.

Moreover, none of them can be really harmful to him, it is recommended to go to the family doctor in case they interfere with the daily life, but they should not be a reason for excessive concern.

Since the number of men who come to see a medical specialist is very small, covada syndrome has not been able to be widely studied. However, there are some studies belonging to different currents of psychology, which theorize about the possible causes of this.

As in women, men may undergo a series of hormonal changes in their bodies , which may cause a reaction to the symptoms listed above. These changes result in a decrease in testosterone and an increase in prolactin.

1. Type of attachment to parent

According to some studies, men who report having developed attachments or having lived very distant or even absent relationships with their father , experience a greater number of symptoms of covada syndrome.

According to certain psychodynamic theories, man can unconsciously feel jealousy or envy of the future newborn, believing that he will occupy all the attention of the relationship. Likewise, he may also feel unconscious jealousy for the pregnant woman , whom he considers privileged for experiencing the development of the pregnancy in the first person.

The man may experience anxiety due to the usual concerns associated with the role of father, especially if he is a first-time father, as well as concerns about the economic and responsibility changes that come with the new phase.

These concerns, if carried to extremes, can trigger symptoms of Roving Syndrome.

It is perfectly normal for a man to feel the desire to be involved in the entire pregnancy process. However, an excessive need, that brushes the limit of the obsession to control the pregnancy , will almost certainly lead to a covada syndrome.

An unforeseen or planned pregnancy is susceptible to provoke in the man any of the manifestations of this alteration, by psychological causes.

A very close and intense connection or bond with the pregnant couple can trigger in the man a very intense empathy. This empathy can also be generated by feelings of identification with the changes that occur in the woman’s body or by guilt if the pregnancy is catalogued as risky.

Covada syndrome can be explained as a side effect of stress generated by lifestyle changes, including diet, leisure, social relationships, etc.

How to manage these symptoms

As mentioned above, in the vast majority of cases the symptoms subside over time before the pregnancy ends. In the most serious cases, the man is perfectly recovered after the delivery of the baby .

Still, to manage the symptoms so that they don’t increase or interfere too much with a man’s normal life, it is recommended that he assimilate that the woman does not suffer from any condition, nor any disease.

As the communication between the two is natural and fluid, and the father is actively involved in both the pregnancy and the later stage , the symptoms and concerns will diminish and even disappear.