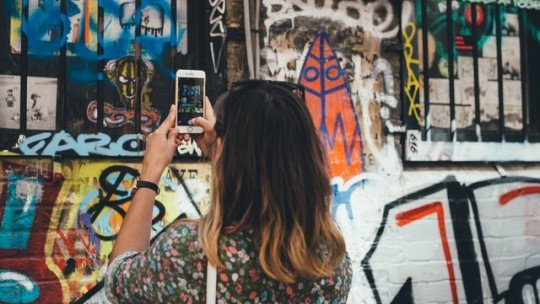 Any advance of humanity has its origin in a creative idea . Similarly, unfortunately, creativity has been present in most of the most despicable and aberrant situations in the history of humanity. For better or worse, creativity distinguishes us from the rest of the beings of this planet, being, perhaps, the most defining characteristic of human beings.

Some integrative proposals for defining creativity

The main obstacle to studying creativity at a scientific level is to reach a consensus on a definition that pleases all those who research it from various disciplines. One of the most complete definitions that have been achieved so far is perhaps that of Vernon (1989): ” Creativity is the capacity of a person to produce new and original ideas , discoveries, restructuring, inventions or artistic objects, which are accepted by experts as valuable elements in the field of science, technology or art. Both originality and utility or value are properties of the creative product even though these properties may vary over time.

With a rather abstract approach, some authors define it as “the ability to produce new, original and appropriate ideas” (Sternberg and Lubart, 1991). Original would be understood as something that is relatively uncommon, although it is convenient to talk about degrees of originality, rather than seeing it as something absolute in the sense of “all or nothing”. As to whether something (idea or product) is appropriate, it is considered appropriate when with its proposal it solves a significant problem or represents a decisive intermediate step towards achieving greater achievements. Utility is also a matter of degree.

Creativity as a set of dimensions

Other authors have tried to be more specific in their definitions, approaching creativity from four levels of analysis. This is what has traditionally been known as the 4 P’s of creativity .

Creativity understood as a mental process (or set of processes) that results in the production of original and adaptive ideas. This is the perspective adopted by Cognitive Psychology, which has focused on studying different cognitive operations such as problem solving, imagination, intuition, the use of heuristics (mental strategies) and insight (spontaneous revelation).

Some theories that have dealt with the different states of the creative process are inspired by Wallas’ initial proposal (1926). Other authors have attempted to identify the components of creative thought, as is the case with the studies of Mumford and his colleagues (1991; 1997).

Creativity can be conceptualized as a characteristic of a product , being understood as a work of art, a scientific discovery or a technological invention, among others. Generally, a creative product is one that is considered original, that is, it manages to combine novelty, complexity and surprise. Moreover, it is adaptive, which means that it is capable of solving some problem of the environment. Also, depending on the domain in which it is located, the creative product is related to characteristics such as beauty, truth, elegance and virtuosity, (Runco, 1996).

Here creativity is understood as a trait, or personality profile and/or intelligence characteristic of a particular person. It is an individual quality or capacity, so some individuals have more than others (Barron, 1969).

Individual creativity is one of the objects of study of differential psychology , from which several features have been found that seem to coincide in creative people. Among others, we find: intrinsic motivation (not needing external incentives to create), breadth of interests (high curiosity in different domains), openness to experience (desire to experiment and high tolerance to failure) and autonomy (Helson, 1972). At present, personality is understood as one more of the influences in creative behaviour, and not something that manages to explain completely such behaviour (Feist and Barron, 2003).

4. The environment (place or press):

The environment or climate in which creativity emerges is decisive . By combining certain elements of the situation, we manage to facilitate or block the creative process. Creativity usually appears when there are opportunities to explore, when the individual is given independence in his work and the environment encourages originality (Amabile, 1990).

Moreover, the environment is key in the assessment of creativity, since it will finally determine whether the product can be considered creative or not.

Obviously, these four elements of creativity are totally related in practice . It is to be expected that a creative product will be generated by a creative person, applying creative processes, in an environment that is conducive to the elaboration of such a product and, probably, in an environment prepared to assess it. Recently, two new P’s have been added to the 4 P’s, so now we usually talk about the 6 P’s of creativity . The fifth P corresponds to Persuasion (Simonton, 1990) and the sixth is Potential (Runco, 2003).

If we reformulate again the question “what is creativity”, we will obtain, as we have seen, several answers depending on where we put the point of view: the person, the product, the process, the environment, the persuasion or the potentiality. Also, we could refer to the creativity of geniuses, to that of young children, or to that of any person in their daily life, without giving importance to their age or their genius.

So far, most definitions focus on three components or defining characteristics of the creative act: the originality of the idea, its quality and its fit , that is, how it is appropriate to what it aims to solve. Therefore, it can be said that a creative response is one that is, at the same time, new, appropriate and relevant. Creativity as a magnitude

Another alternative approach differentiates between different levels of creativity, treating it as a magnitude rather than as a set of fixed characteristics. The range of the creativity magnitude would extend from minor or mundane creativity “Little-c” (more subjective) to major creativity, mature creativity or eminence “Big-C” (more objective).

The first, the mundane creativity , refers to the individual daily creativity that any of us uses to solve some problem . It is part of human nature and is something new for the individual or for his or her close environment, but it is rarely recognised or of outstanding value at a social level (Richards, 2007). It is a category of great interest in the analysis of factors influencing common creativity at home, at school or in the work environment (Cropley, 2011).

The second has to do with the performances and products of eminent individuals in some field . They are those characters that show a high performance and/or manage to transform a field of knowledge or social environment, for example: Charles Darwin, Newton, Mozart or Luther King.

If we approach the magnitude of creativity as something dichotomous (black or white), we will find ourselves with the problem of not being able to identify shades that occur between the Little-c and Big-C categories . That is to say, talking about two types of creativity, mundane or eminent, does not represent the real distribution of the characteristic in the population because between both there is a range of possibilities. To try to overcome the limitations of dichotomous categorisation, Beghetto and Kaufman (2009) propose including two new categories, Mini-c and Pro-c, thus extending to four the categories that would try to frame the phenomenon of creativity.

Mini-c creativity is the most subjective form of all kinds of creativity. It refers to the new knowledge an individual acquires and how he or she internally interprets his or her personal experiences. In research, it is useful for understanding the personal and developmental aspects of creativity, helping to explain it to young children.

The category Pro-c represents a level of evolution and effort that begins in the Little-c but does not become the Big-C, helping to understand the area that extends between the two. Some professional area corresponds to creativity related to expertise. It should be noted that not all professionals who are experts in one area achieve this type of creativity. Those who do require approximately 10 years of preparation in their field to become “experts”. To become Pro we will need to prepare a cocktail that contains high doses of knowledge, motivation and performance.

Creativity as a continuum

Although we can better encompass the phenomenon of creativity with four categories, they are still too few to capture its complex nature. For this reason, some authors prefer to treat creativity as a continuum.

Cohen (2011) proposes his “continuum of adaptive creative behaviours”. This author considers the interaction between the person and the environment to be fundamental, from an adaptive perspective , in order to analyse creativity. His continuum ranges from creativity in young children to the creativity of eminent adults, establishing seven levels or stages. It proposes some influential variables for the development of creativity along the continuum, such as: purpose, novelty, value, speed and structure.

The works mentioned are only a brief sample of the effort made, especially since 1950, to define creativity from multiple spheres of knowledge, although here we have focused on works from the field of psychology.